Discussion on statute amendment held with 'A' Division clubs 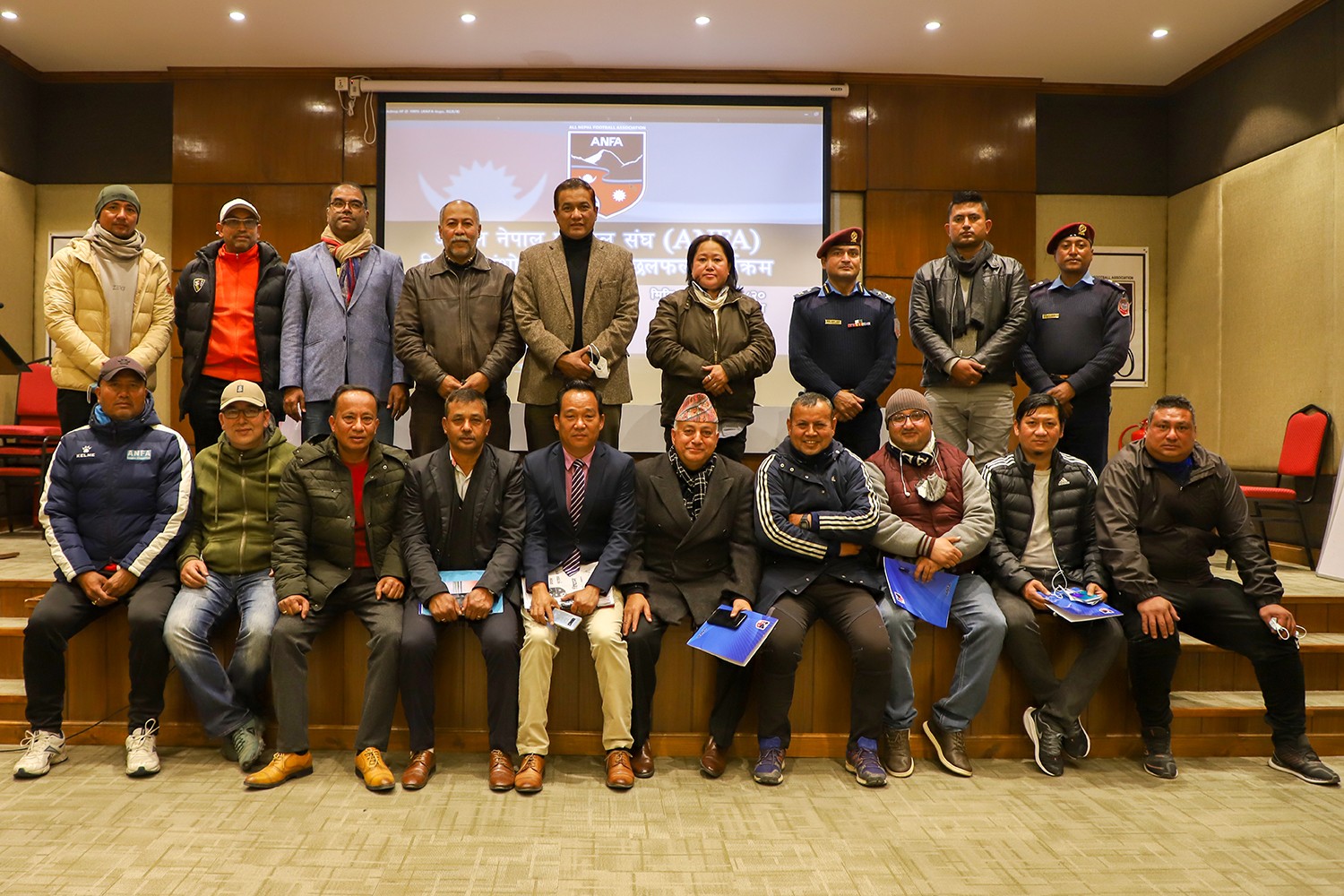 All Nepal Football Association (ANFA) held a discussion on amending the statute with representatives of 'A' Division Clubs on Monday.

Chiefs of four associations―Women's, Referee, Players and Coach―were also present in the discussion.

Representatives from the clubs suggested their inputs in the discussion.

The discussion with District Football Association has already been held in Province 1, Karnali, Lumbini, Sudurpaschim, Gandaki and Province 2.