All Nepal Football Association (ANFA) is all set to hold National Women's League from January 20.

The opening and closing ceremony will be held at Dasharath Stadium while the other matches will be held in ANFA Complex. 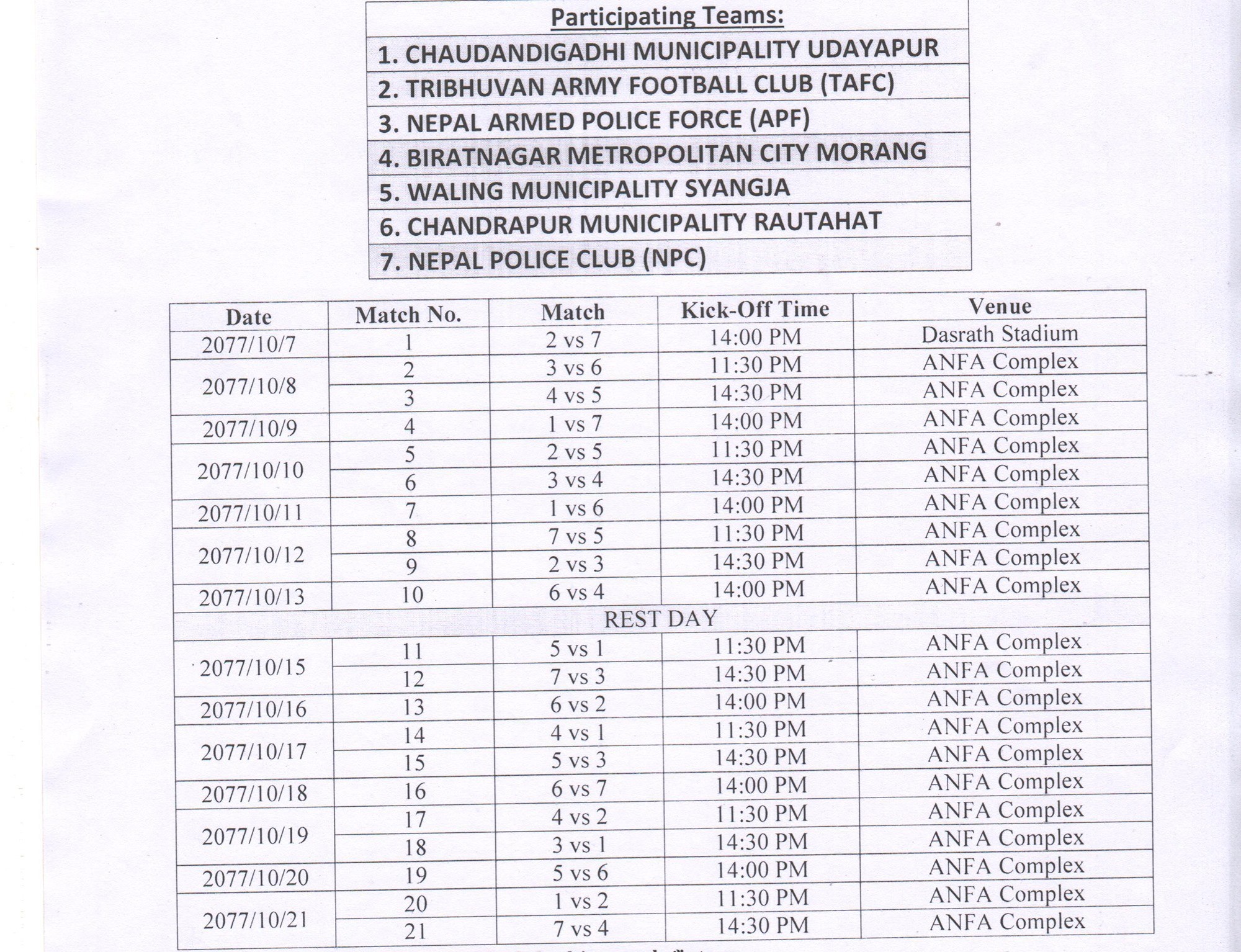 Each team will have 30 members including 23 players and seven officials. They can also sign and play up to four foreign players for the tournament.

The best player of the league will be awarded with a scooter while the best striker, midfielder, defender, goalkeeper and coach will receive Rs 50,000 each. The fair play team will receive an additional Rs 150,000.

The seven teams will be provided Rs 100,000 as preparation money and an additional Rs 50,000 as Covid Relief Fund.

ANFA will bear the lodging and fooding of the players and officials and will also provide isolation facilities if any players or officials develop Covid-19 symptoms during the tournament.