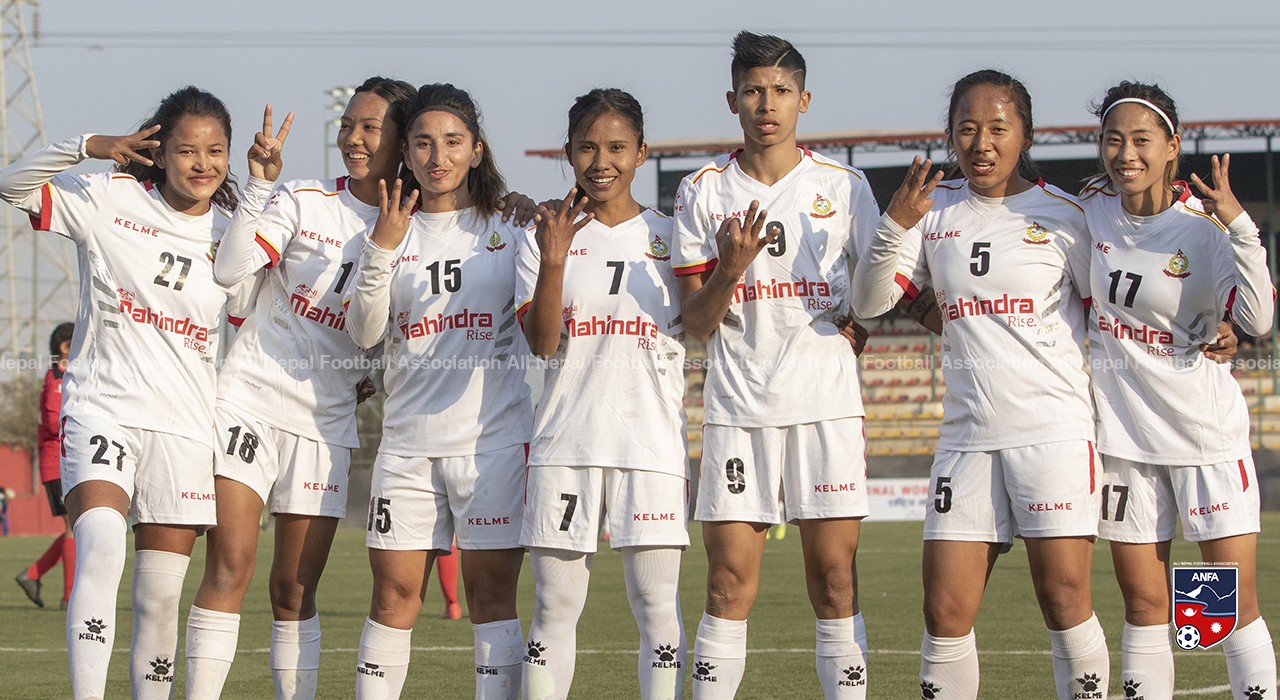 Sabitra Bhandari scored a hat-trick as Nepal Armed Police Force Club (APF) defeated Nepal Police Club (NPC) 3-0 in the National Women's League match on Thursday.
The win means APF strengthened their lead in the top. They now have 12 points from four matches, building a seven points lead over second-placed NPC who have five.
In the match played at ANFA Complex in Satdobato, Bhandari scored in the 32nd, 56th and 84th minute to complete her hat-trick. NPC failed to mount a proper challenge against their departmental rivals as they were unable to create any scoring chances.
APF are yet to concede a goal in this tournament scoring a total of 17 goals without reply.

NPC's coach Sanjeev Joshi said injury to their defense cost them today's match. "Our key defender Puja Rana was injured in last match and that affected us in today's match"said Joshi.
APF's coach Bhagwoti Thapa dismissed title race was far from over. "Yes we defeated both of our departmental rivals but the title race is far from over. There are still a lot of matches to play for, said Thapa.