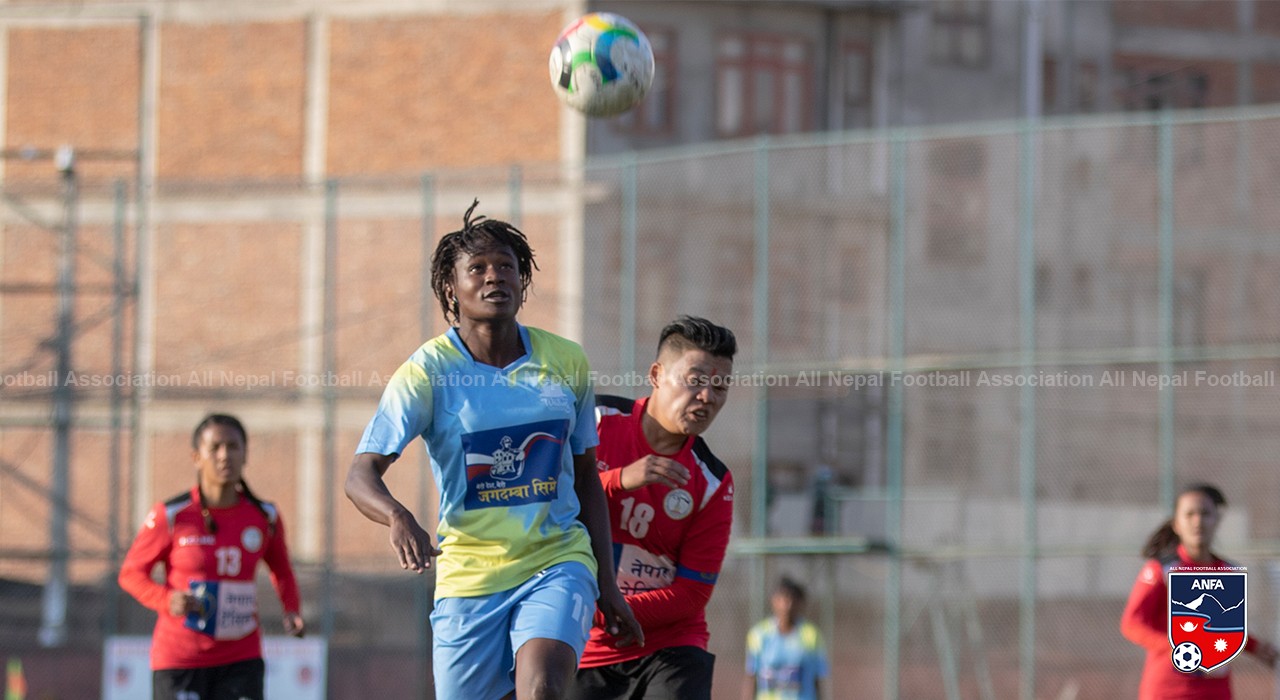 Metho Eludie Ruth scored in the 58th minute to give Waling Municipality Syangja (WMS) a 1-0 victory over Nepal Police Club (NPC) in the National Women's League on Sunday.

This was second consecutive defeat for NPC losing their earlier match to Biratnagar Metropolitan City by the same goal margin.

Waling meanwhile climbed to third on the table with 11 points from seven matches.

NPC lie on fifth with eight points from seven matches.