Nepal lose to Iraq in friendly 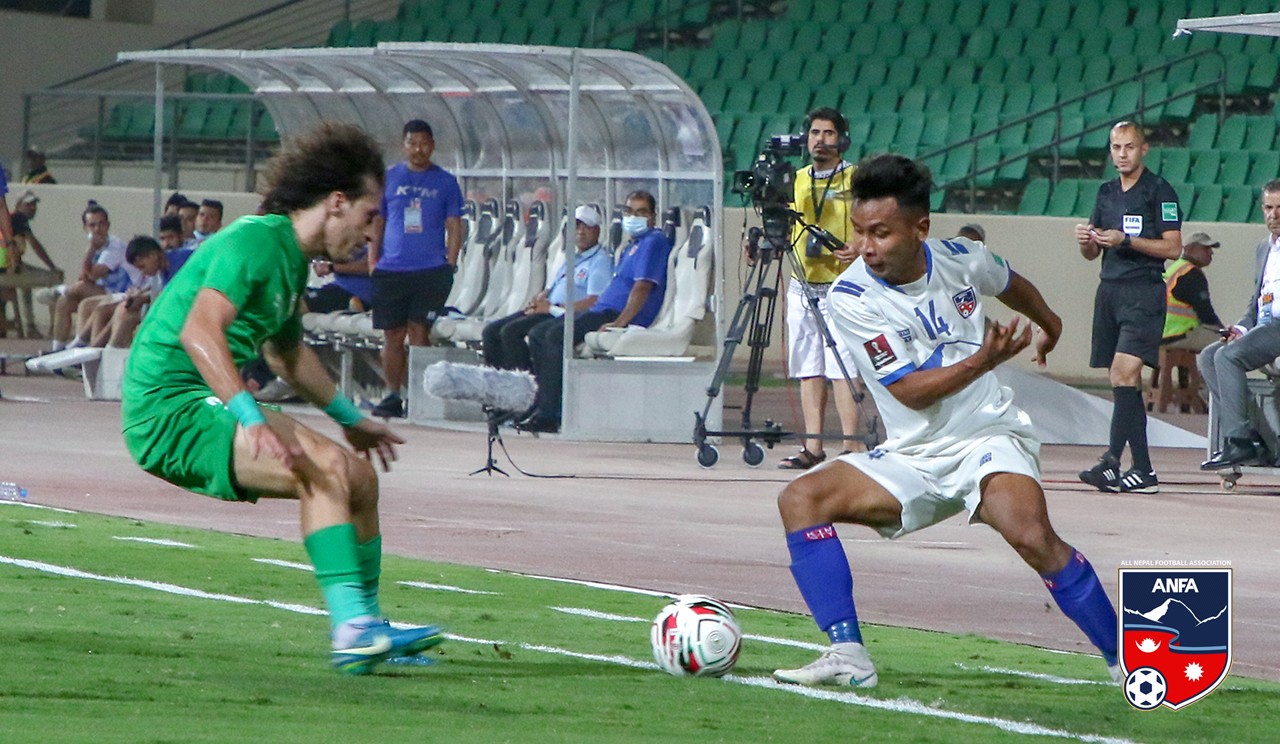 Nepal put on a valiant display but went down 6-2 against Iraq in the friendly match at Basra on Saturday.

Alaa Abdul Zahrah gave Iraq the lead in the seventh minute when he scored direct from a free-kick. The lead, however, lasted less than a minute when Anjan Bista levelled finding Santosh Tamang's cross to bundle it past the goalkeeper.

Debutant Manish Dangi than gave the lead to Nepal in the 29th minute with a perfectly placed right-footed shot.

Mohammad Abdulzahra levelled in the 39th minute before Aymen Hussein scored twice in five minutes to make it 4-2 for Iraq in the half-time.

Iraq scored another two through Mohanad Ali Alshammari and Sajjad Jasim in the 67th and 75th minute respectively to complete the victory.

Beside Dangi, defender Gautam Shrestha also made his debut for the senior team.

Coach Abdullah Almutairi said there were plenty of positives to draw despite the defeat. "I take the blame for defeat but I think this team needs time and patience," Abdullah said. "We scored twice and were very close to make it 3-1 but this is football and sometimes you miss one ball and it changes everything," he added.

Abdullah said the players need more time and trust to improve further. "Just wait. They need time and patience. Just wait and everything will be good," he said.

Goalscorer Manish Dangi said he was happy to score for the team on his debut. "It's disappointing to end up losing but there were plenty of positives. It was a good learning experience for us," said Dangi.

Nepali team will now travel to Kuwait on Sunday to play the second round matches of World Cup Qualifiers.