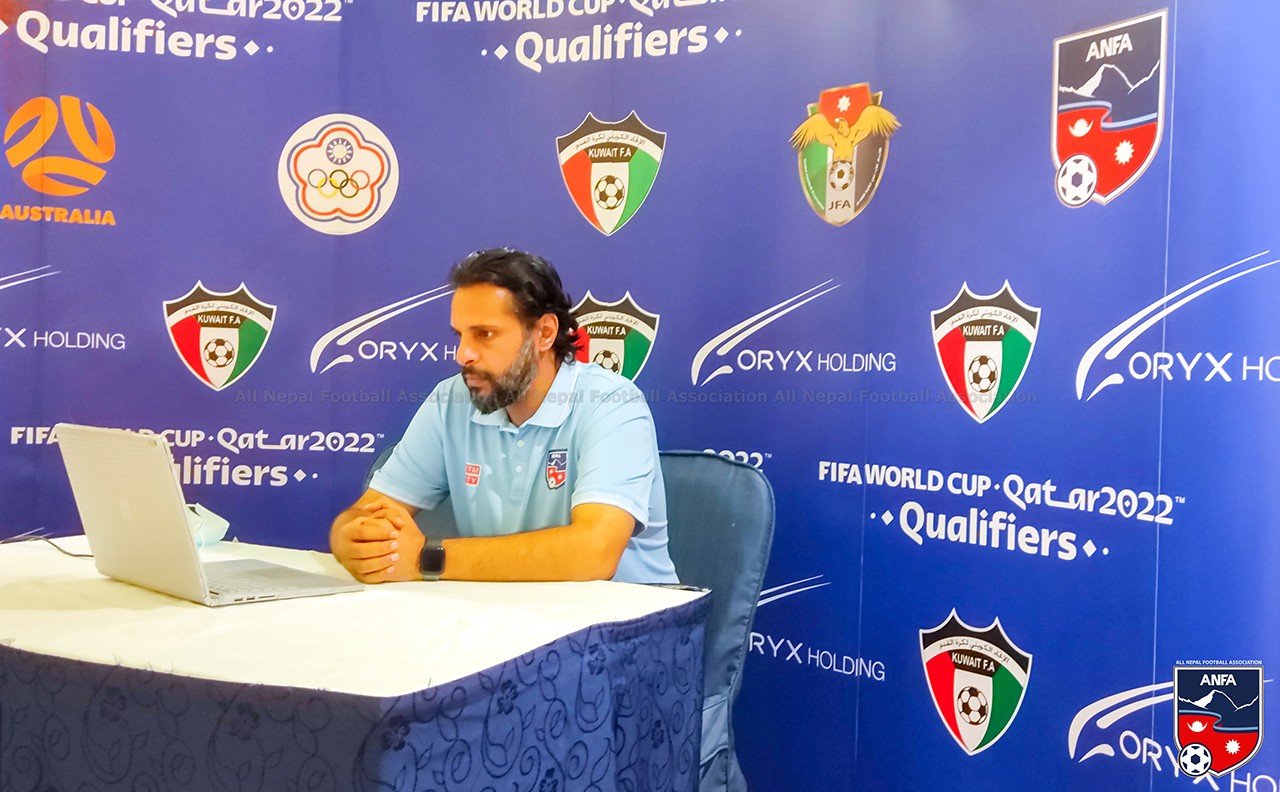 Head coach Abdullah Almutairi said Nepal expect a tough match against Chinese Taipei when the two sides meet in the second round match of the World Cup Qualifier on Thursday.

Abdullah said we have plenty of positives to draw from the Iraq friendly despite the defeat and will go for the win against Chinese Taipei. "We want to secure fourth position for our chances in the AFC Asian Cup Qualifiers and for that we have to go for the win in the match tomorrow," he said. He again demanded patience from a relatively young national squad. "We have not played a lot of friendlies to prepare. We have a young but talented squad of players and we should not be pushing much on them," he said.

The coach was also wary of the opposition. "They have new players and the coach is taking charge of his first match."

Speaking about the Nepali team, coach Vom said Nepal have a balanced side and good in both defense and attack. "Our key players and overseas players could not join due to the Covid situation and I hope the new players can grasp this opportunity to prove themselves," he said.

Nepal take on Chinese Taipei at the Jaber Al-Ahmad International Stadium at 7 pm local time (9:45 pm NST). The team will face Jordan on June 7 before wrapping up with Australia on June 11.