Anjan Bista opened the scoring in the fourth minute from the penalty spot after Chinese Taipei's player handled the ball inside the box. It was Bista's third goal against Chinese Taipei in the qualifiers having scored twice in the first round. He had also scored once against Iraq in a friendly in Basra on May 29. 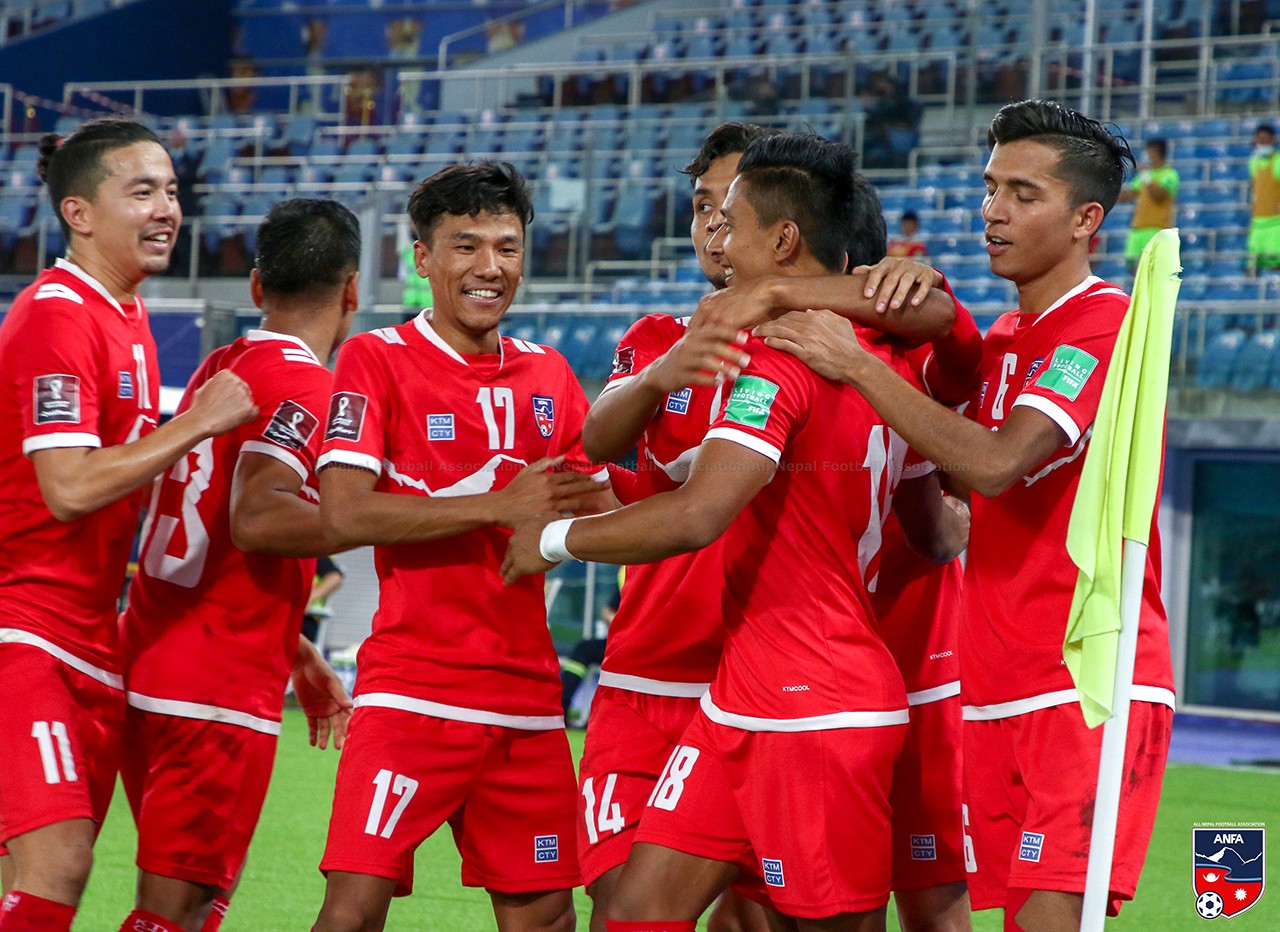 Nepal were in control of the match for a majority of the time and held a superior possession of the ball in the game.

Nawayug Shrestha, coming in as a substitute in the 69th minute replacing Sunil Bal, added a second after some good cross from the left by Suman Aryal in the 81st minute. Bishal Rai's powerful strike in the final few minutes went straight into the goalkeeper.

Coach Almutairi also dedicated the victory to all Nepali people and his native country Kuwait and said winning the game was important for their ambition to qualify for the AFC Asian Cup Qualifiers. "Early goal by Anjan helped us control the match. This is a result of hard work by the players and all the coaching staffs of the team," the coach said.

He once again asked for patience from the side. "This is only the start, we still have two matches to play."

Nepal will play against Jordan in the same venue on June 7.