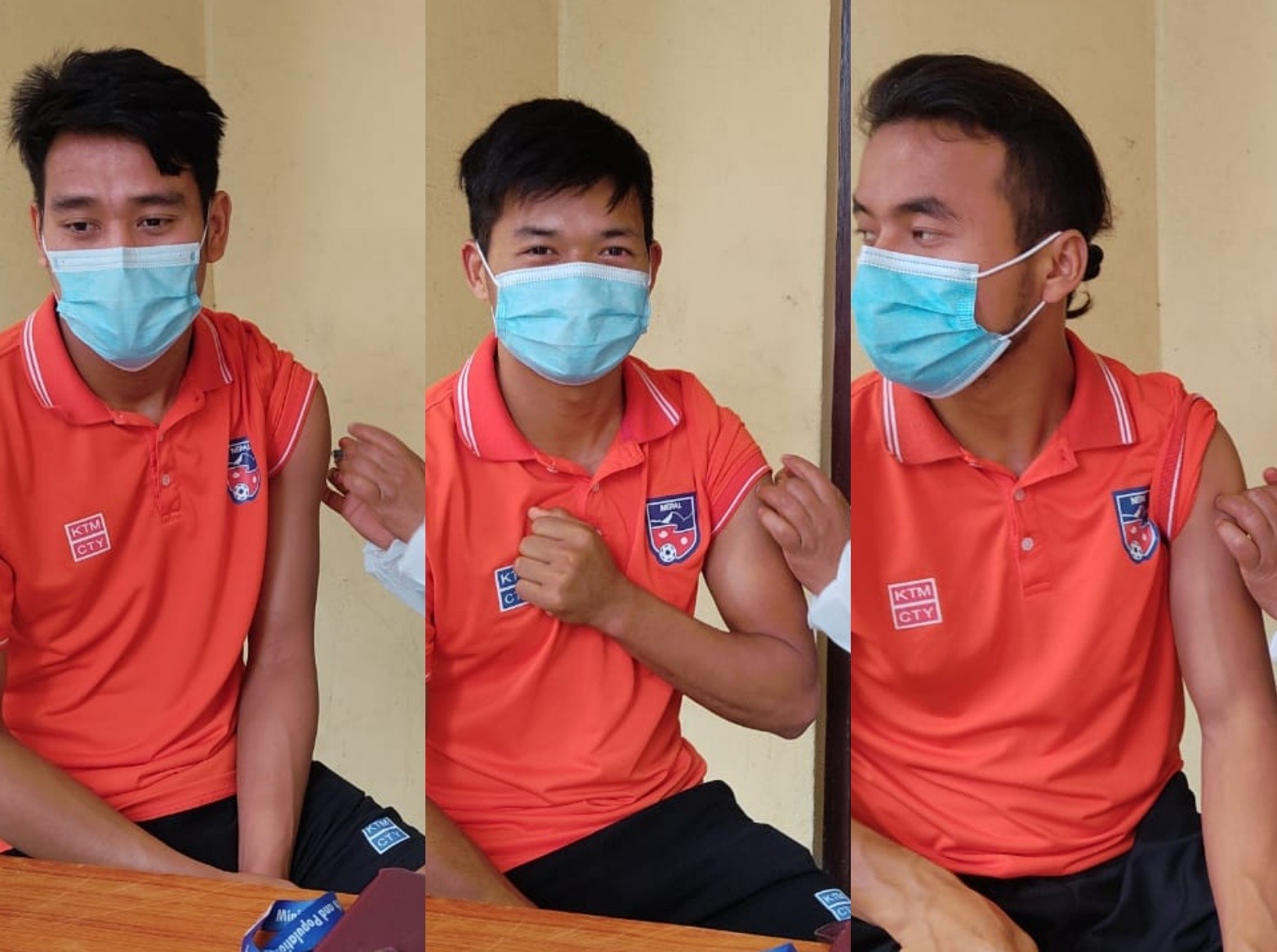 Players and officials of the national men's football team have started to return home after receiving the Covid-19 vaccine on Thursday.

Players and officials were vaccinated at the District Public Health Office in Lalitpur.

The national team returned home on June 13 after playing a friendly against Iraq in Basra and second round of World Cup Qualifiers in Kuwait. Nepal won against Chinese Taipei 2-0 while lost to Jordan and Australia.