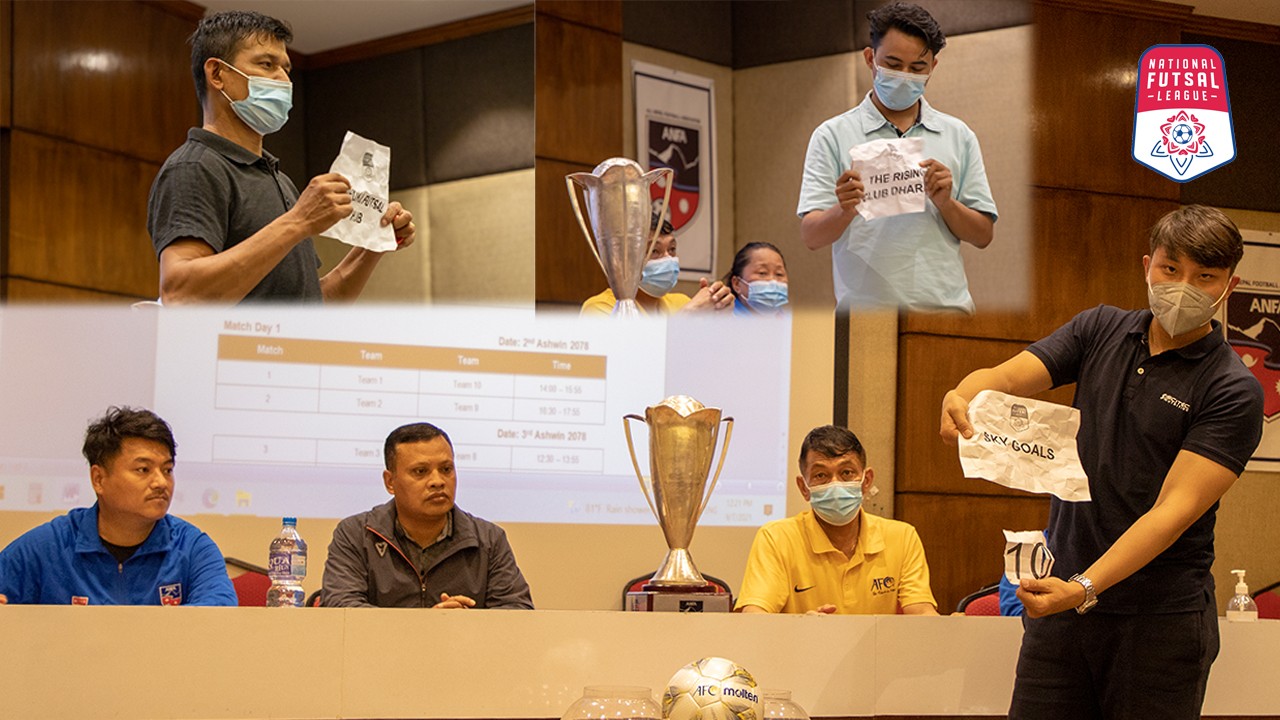 The tie-sheet of National 'A' Division Futsal League scheduled to be held in Pokhara from September 18 to October 8 has been drawn.

The tie-sheet was drawn amid a special programme at ANFA Complex in Satdobato on Tuesday.

Ten clubs from six provinces are taking part in the competition organized by ANFA.

The winner of the league will take a cash prize of Rs 1 million while the first runner up will receive Rs 500,000. Individual best players―Best Player, Best Goalkeeper, Best Defender, Best Coach and Emerging Player―will receive Rs 25,000 each.

The tie-sheet of the competition can be downloaded here.