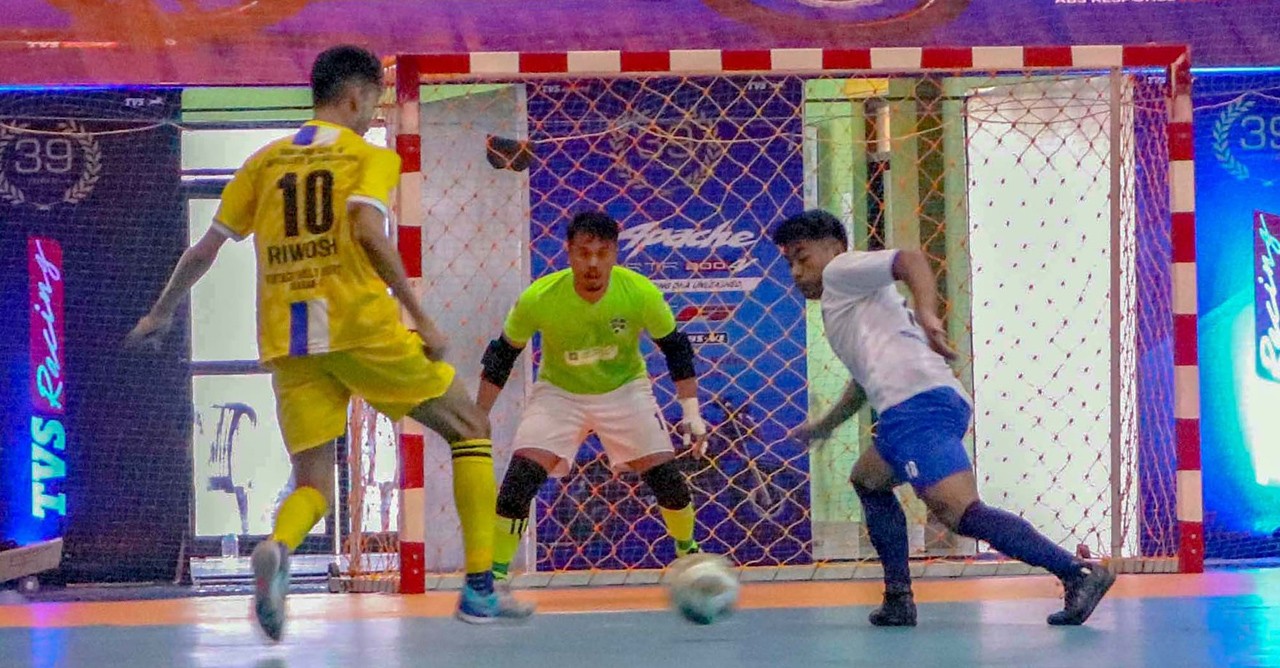 The Rising Club Dharan made it two wins from two matches after defeating winless Prabhatpheri Youth Club 11-6 in the 'A' Division National Futsal League on Monday.

In the second match of the day, Machhindra Sky Goals cruised past Jharna Sports Club with an 8-0 win.

Rewosh Maskey and Man-of-the-Match Biku Tamang both scored hat-tricks in Dharan's win. Milan Rai scored twice and Milan Limbu, Dorje Tamang and Sudip Gurung also scored one each for the side. 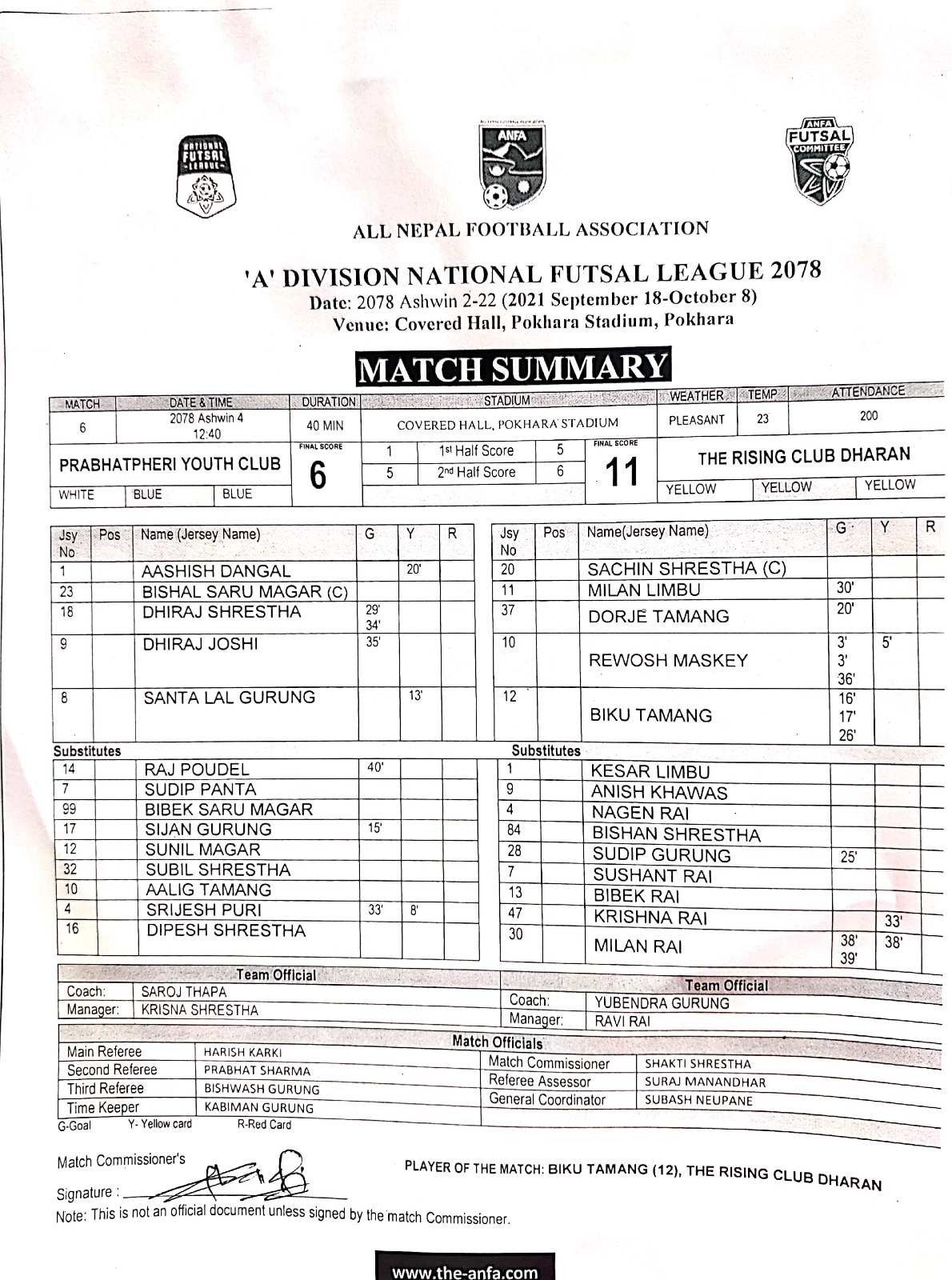 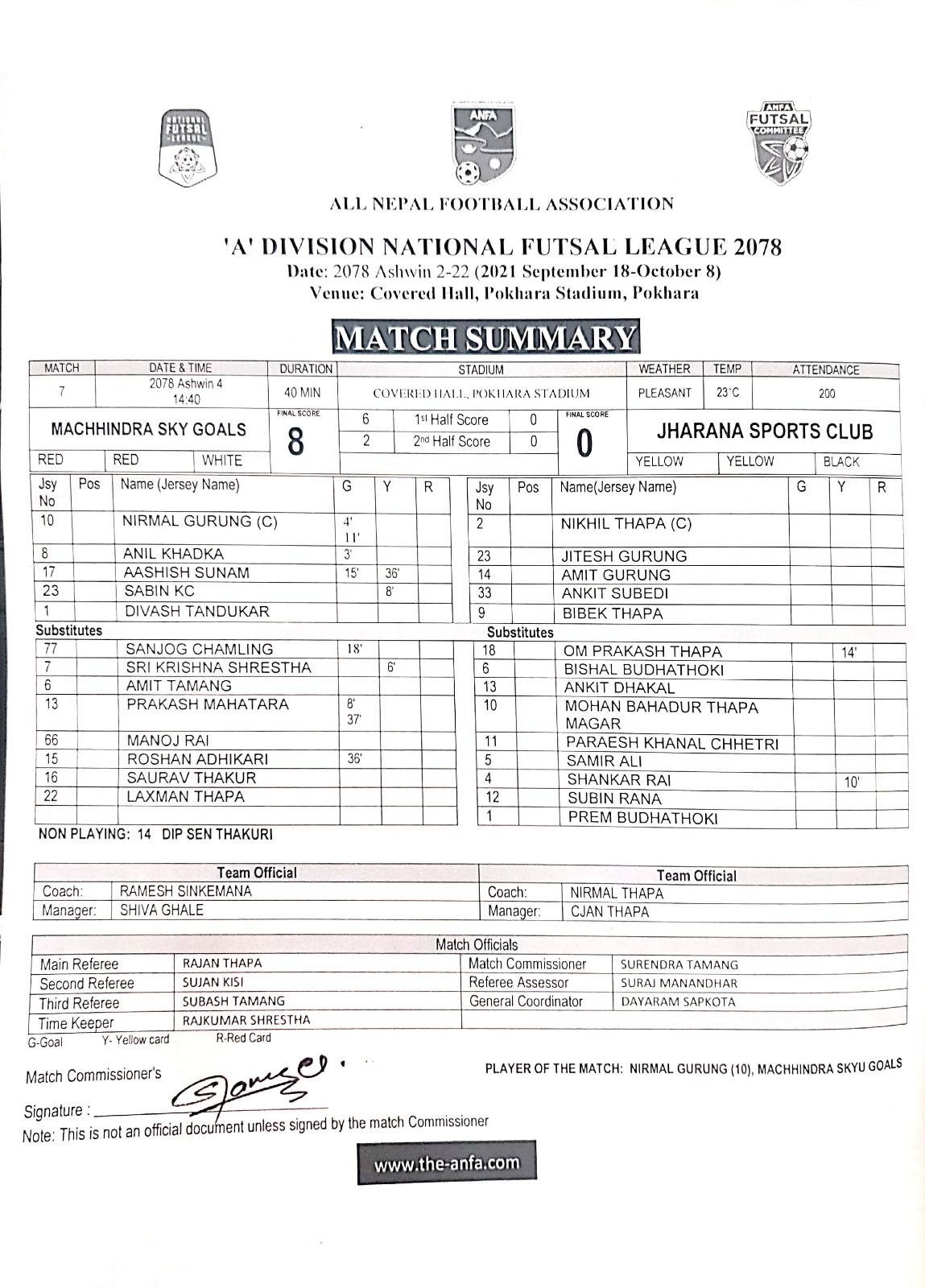 Sports Castle will play against Sankhamul Futsal in the first match on Tuesday followed by Lumbini Futsal vs Sabin Memorial. The third and final match of the day will be played between Futsal 5 Dharan and Dhuku Futsal Hub.