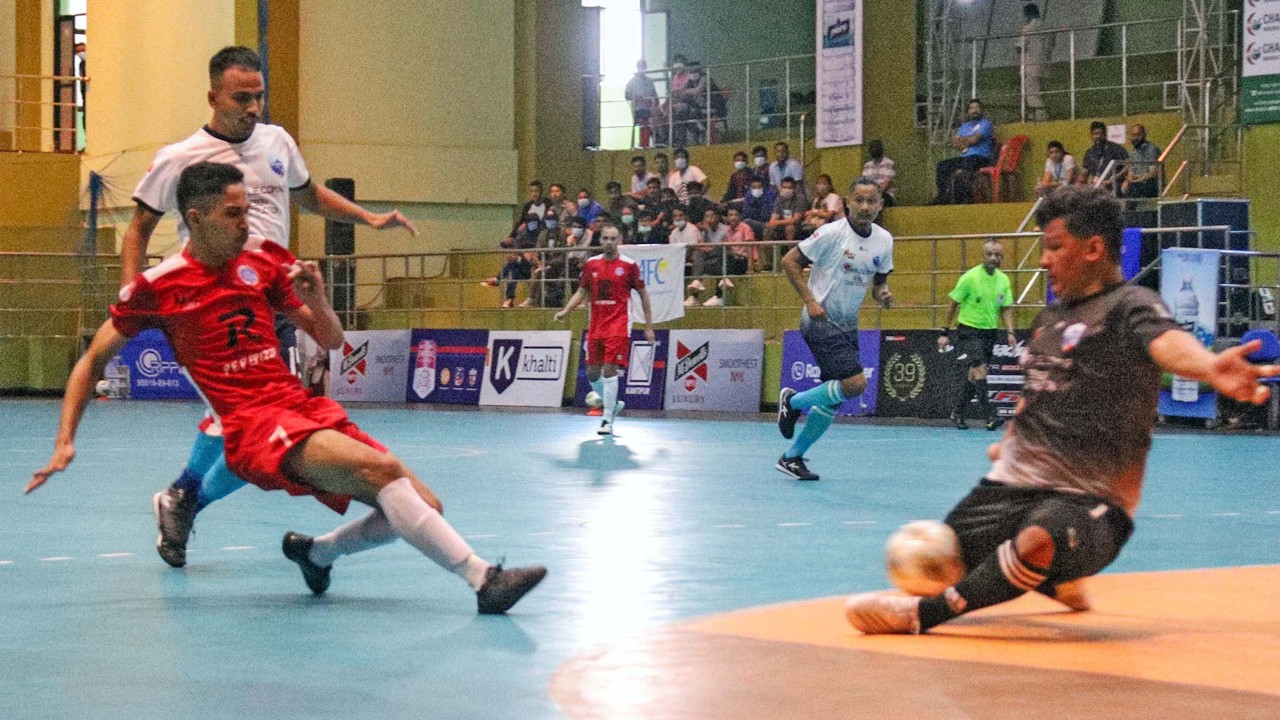 Sports Castle Pokhara came from behind to win 5-3 against Dhuku Futsal Hub in an entertaining match of the 'A' Division National Futsal League on Thursday.

In the second match of the day, Dhuku had taken a 3-0 lead through Bikrant Narsingh Rana's double and Urken Sherpa but Khim Raj Gurung's brace and goals from Dipesh Ghale, Sumit Shrestha and Yogesh Gurung completed the comeback for Sports Castle. 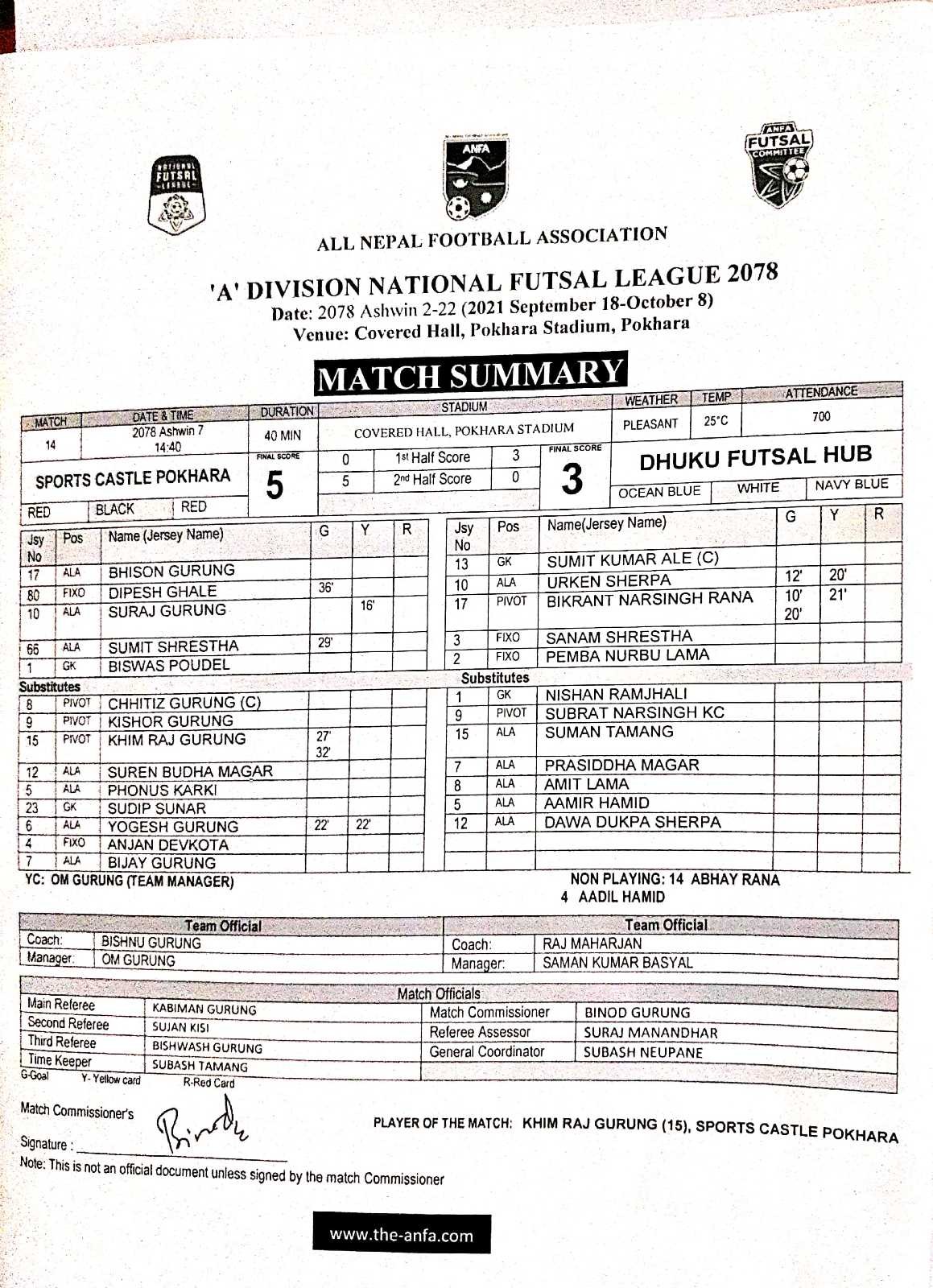 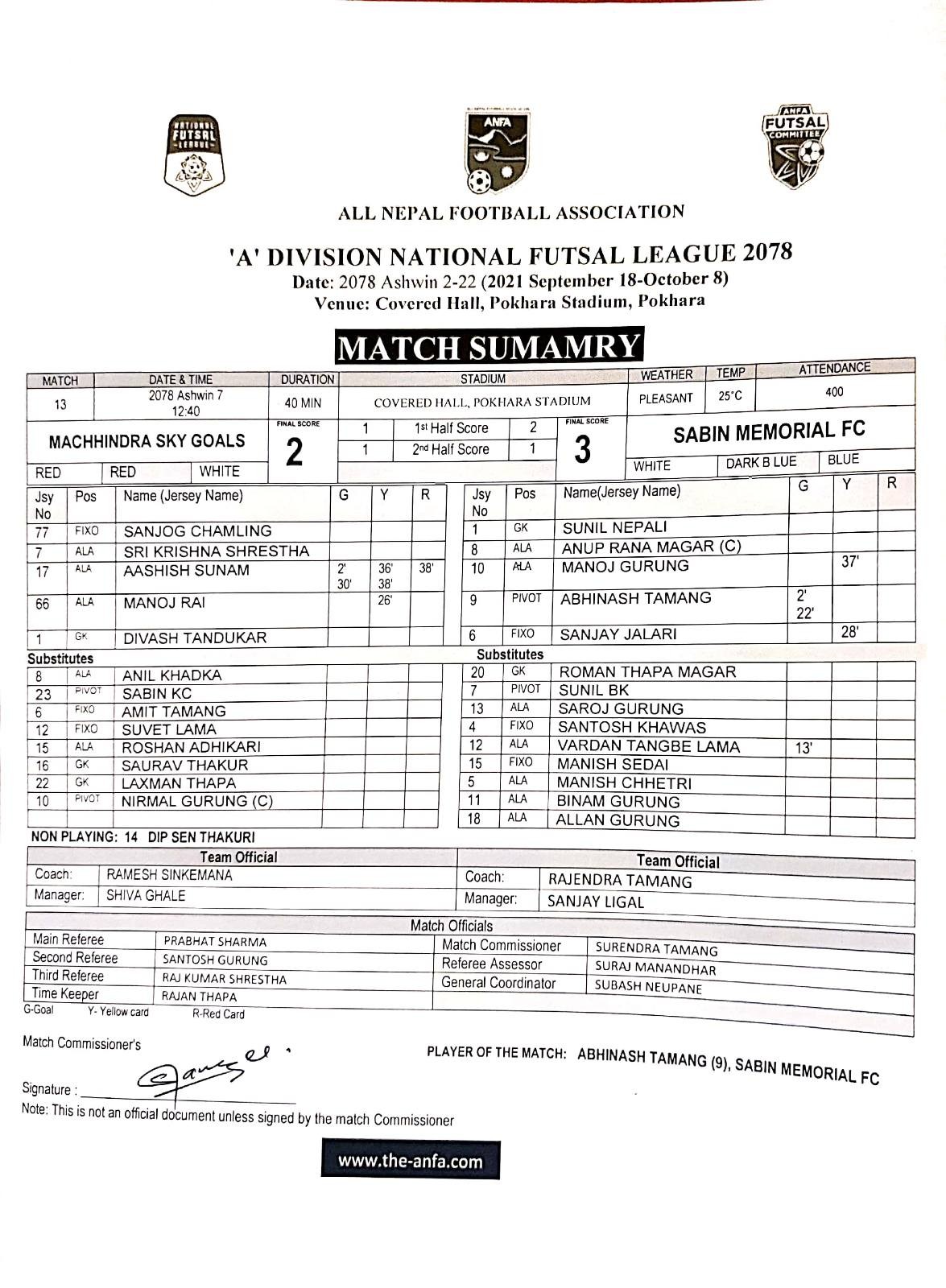 The third match between Lumbini Futsal and Futsal 5 Dharan ended in a goalless draw. 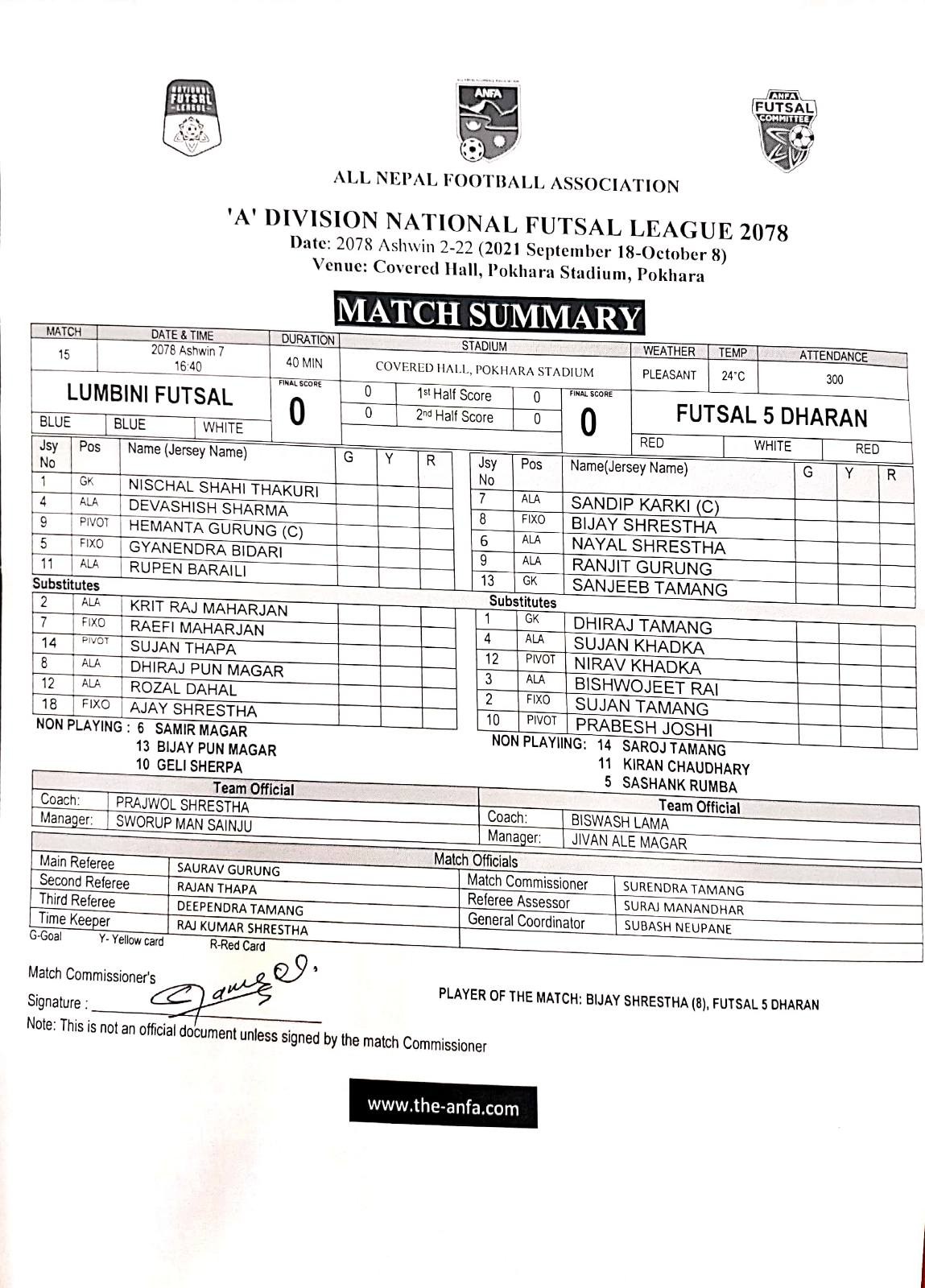