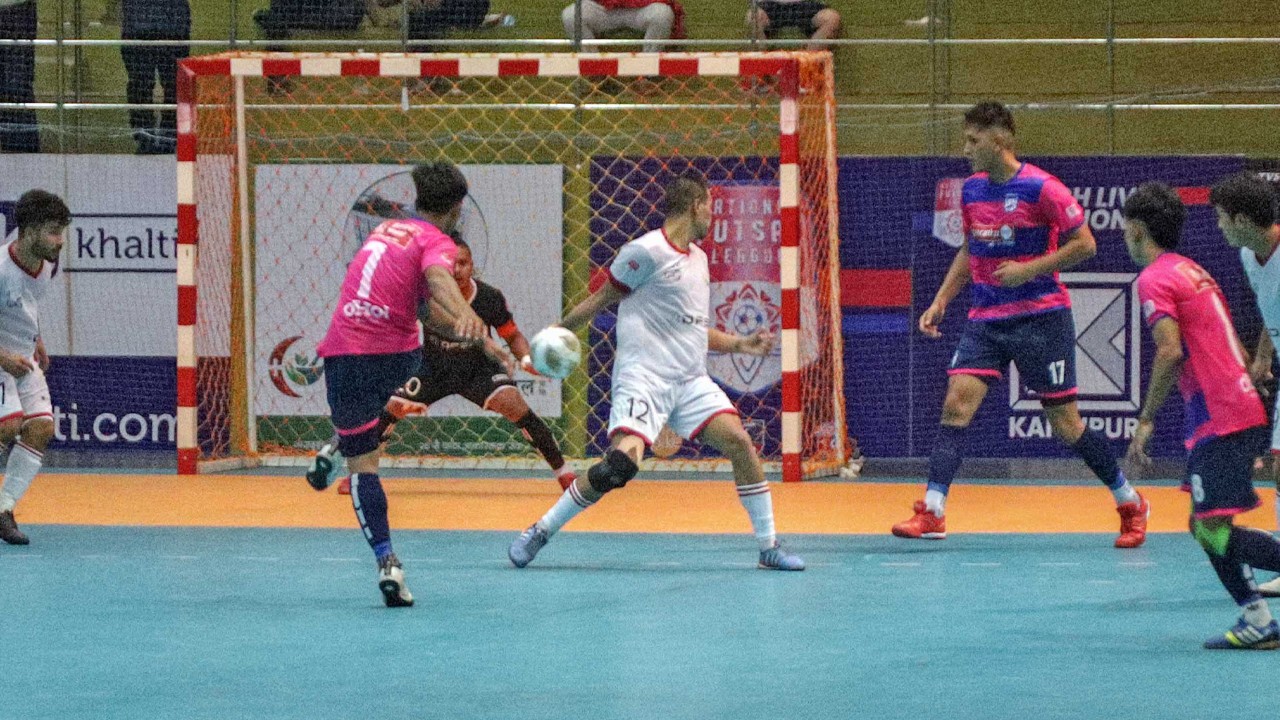 The Rising Club Dharan and Sabin Memorial FC shared points after a 5-5 draw in the 'A' Division National Futsal League in Pokhara on Sunday.

In the first match of the day, Sudip Gurung scored a hat-trick and Hemanta Thapa Magar found the net twice for The Rising Club. Manish Chhetri and Abhinash Tamang both scored brace and Sunil BK scored once for Sabin Memorial.

Sabin Memorial finished the table in third position, a place above The Rising Club by virtue of better goal difference. 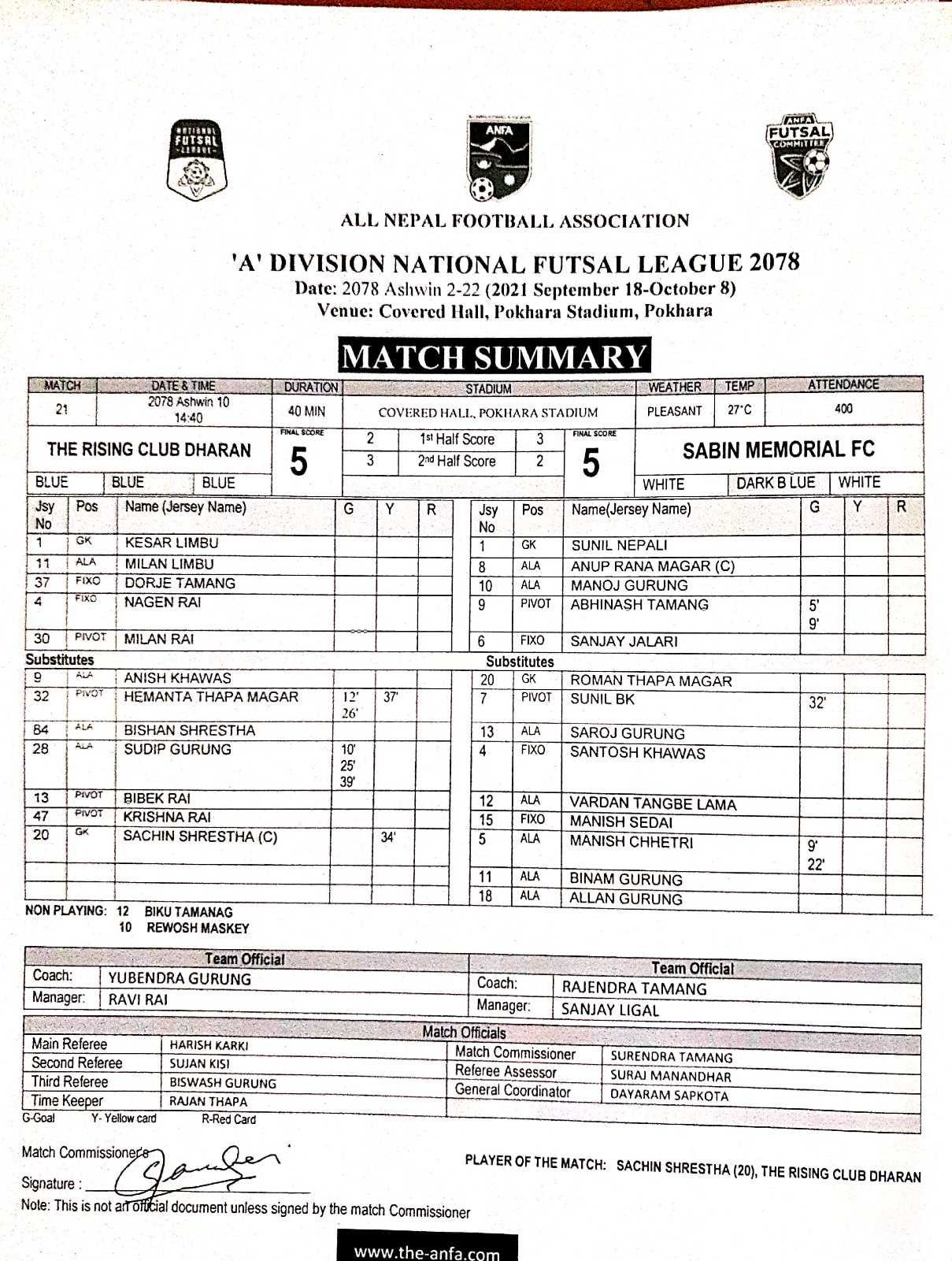 Sankhamul Futsal climbed to the top of the table after a 6-2 win over Dhuku Futsal Hub in the second match of the day. Susaan Shrestha scored twice and Jenish Prajapati, Aruj Singh, Mani Lama and Krijal Khadka all scored once for Sankhamul.

Subrat Narsingh KC and Amit Lama were on the scoresheet for Dhuku. The defeat means Dhuku are seventh in the table. 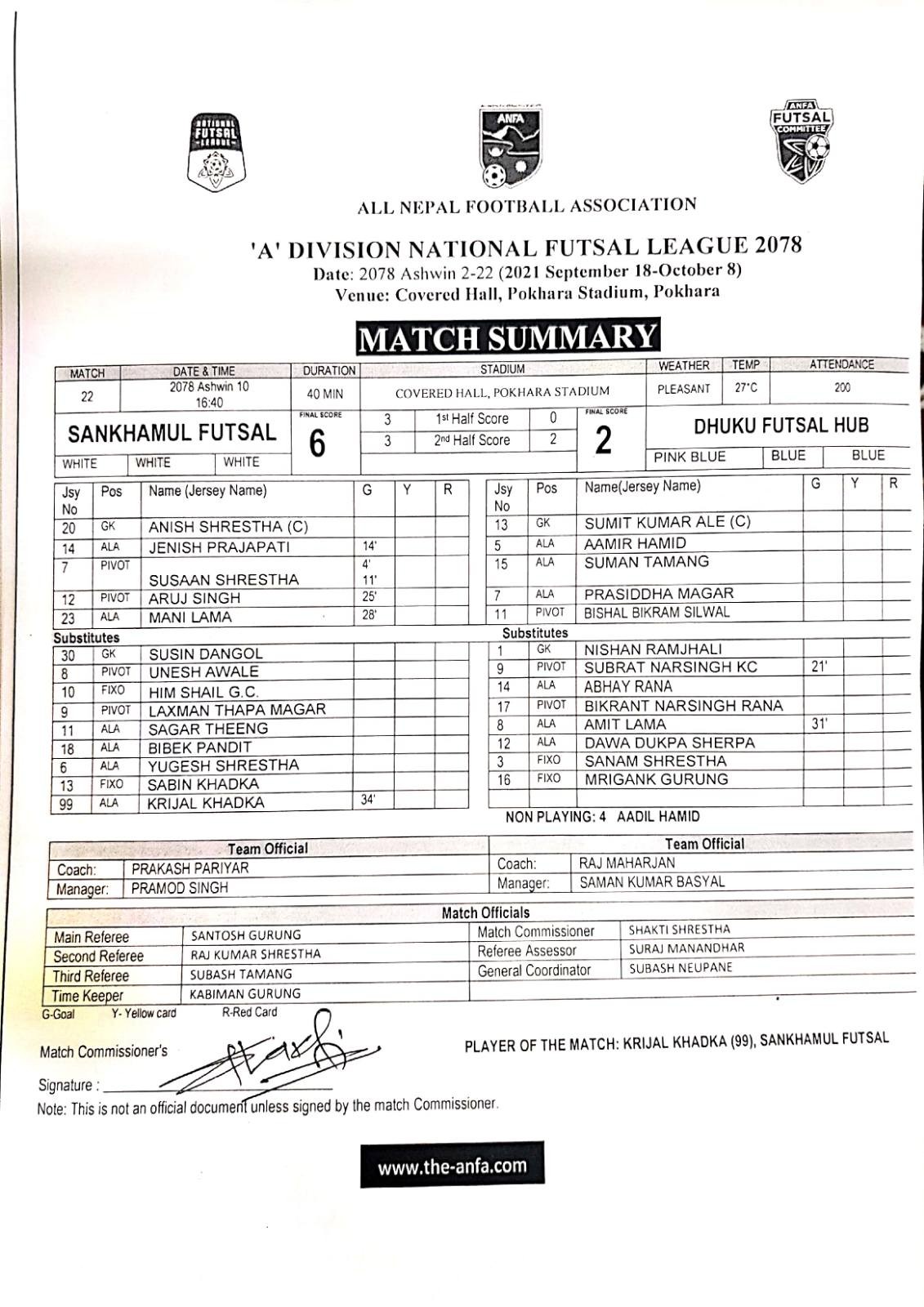 Bottom-placed Jharna Sports Club will play against Futsal 5 Dharan in the first match on Monday. The second match will be played between Prabhatpheri Youth Club and Lumbini Futsal while Machhindra Sky Goals will take on Sports Castle Pokhara in the final match of the day.