Dhuku Futsal Hub suffered their fourth defeat in a row after going down 5-3 against The Rising Club Dharan in the 'A' Division National Futsal League 2078 on Tuesday.

Amit Lama, Abhay Rana and Prasiddha Magar scored for Dhuku in the defeat. Sudip Gurung, Hemanta Thapa Magar and Bibek Rai all scored once while Milan Rai scored twice for The Rising Club.

The Rising Club moved to second in the table while Dhuku remain seventh. 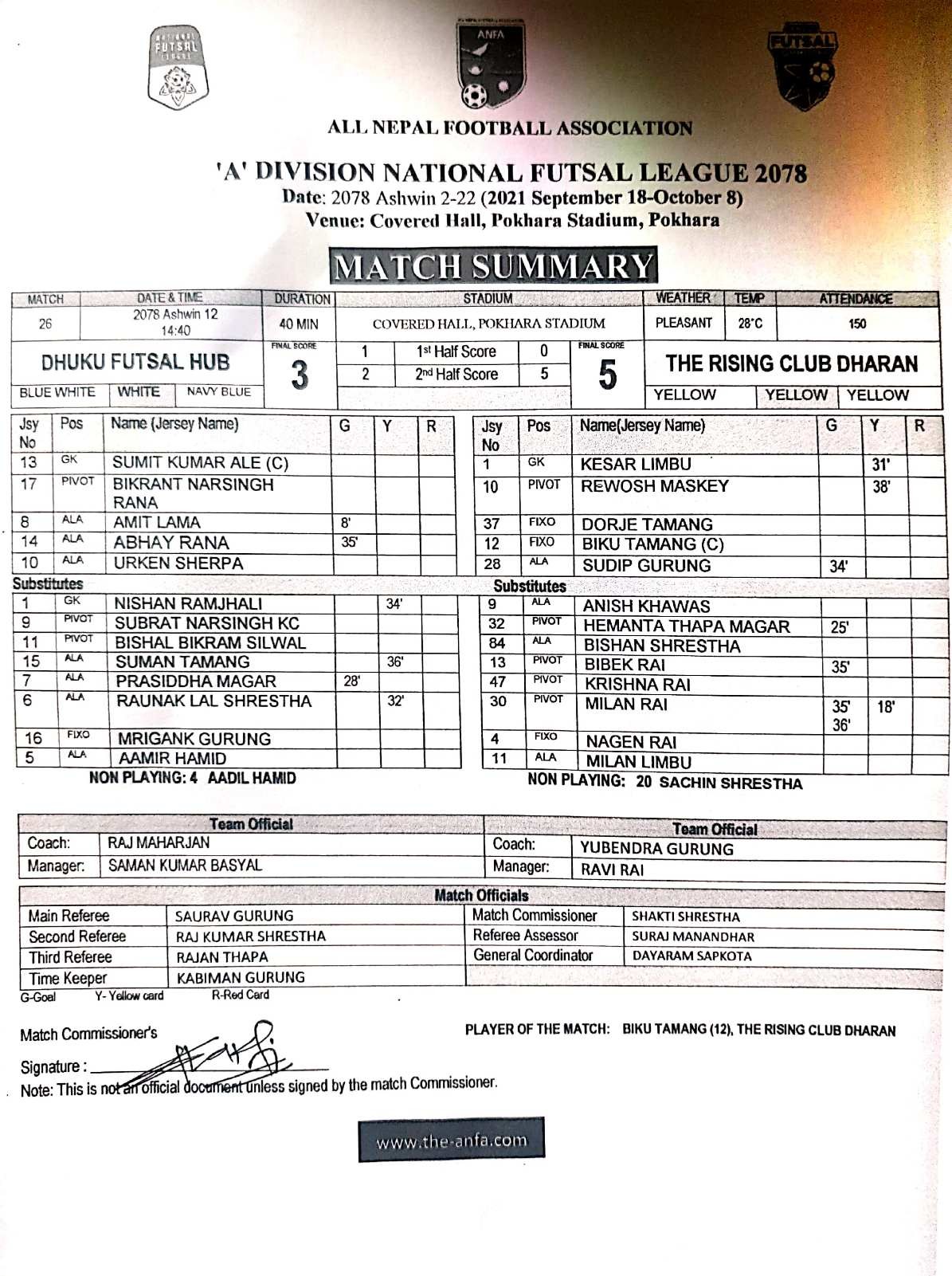 In the other match of the day Futsal 5 Dharan claimed a narrow 5-4 victory over Sabin Memorial FC. Bijay Shrestha and Prabesh Joshi both hit brace and Ranjit Gurung found the net once in the victory.

Abhinash Tamang had two to his name and Manoj Gurung and Anup Rana Magar both had one each for Sabin Memorial.

Futsal 5 are in fourth place while Sabin Memorial are a point below in fifth. 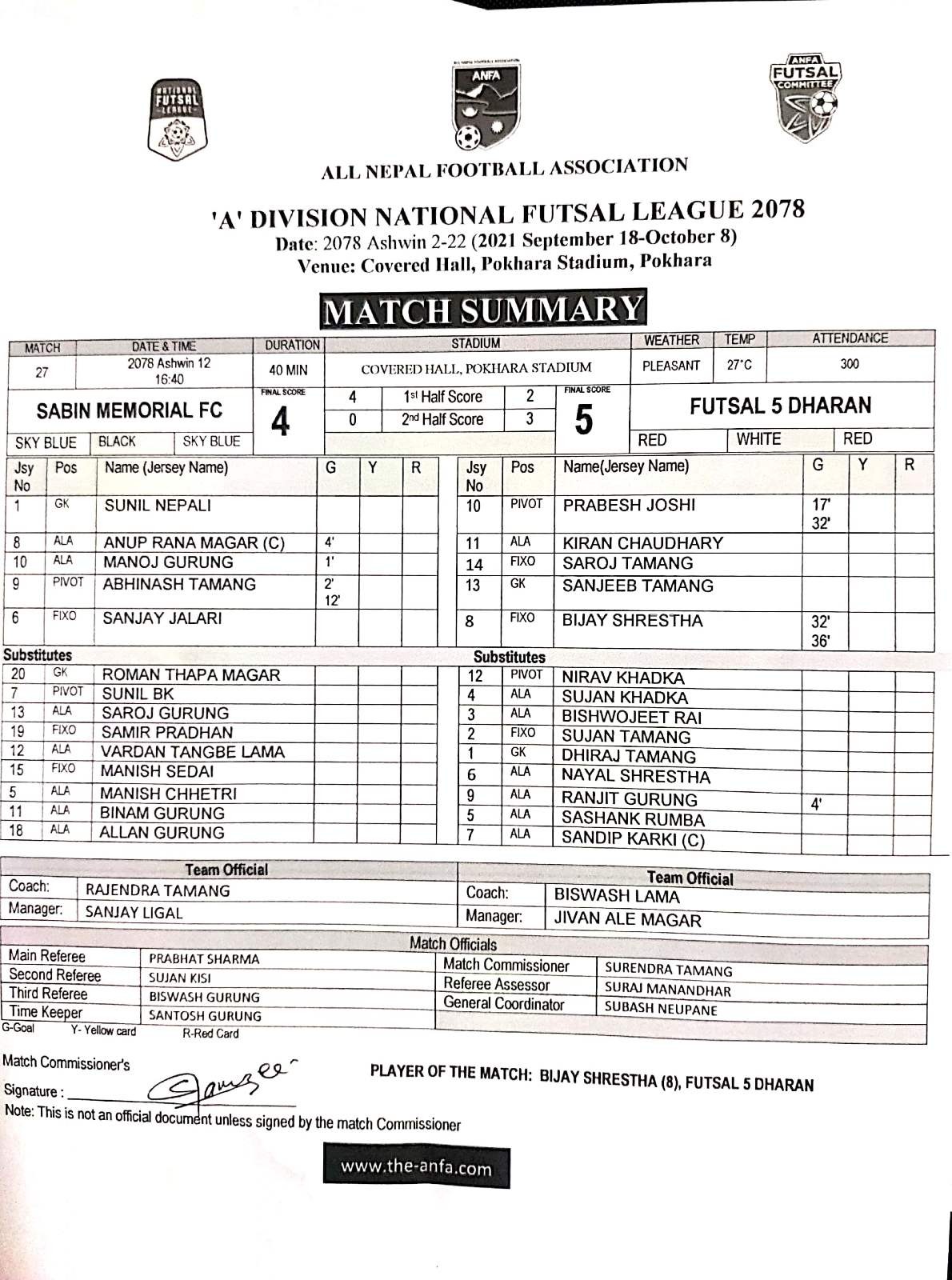 Sankhamul Futsal play Lumbini Futsal in the first match on Wednesday. Pointless Jharna Sports Club will face Sports Castle in the second and Prabhatpheri will take on Machhindra Sky Goals in the third match.