Sports Castle Pokhara secured their place in the play-offs after a 3-2 win over Futsal 5 Dharan in the 'A' Division National Futsal League on Saturday.

Suren Budha Magar, Anjan Devkota and Sumit Shrestha scored for the top of the table team in the win while Kiran Chaudhary scored a double for Futsal 5.

Futsal 5 are fourth in the table with 14 points from eight games. 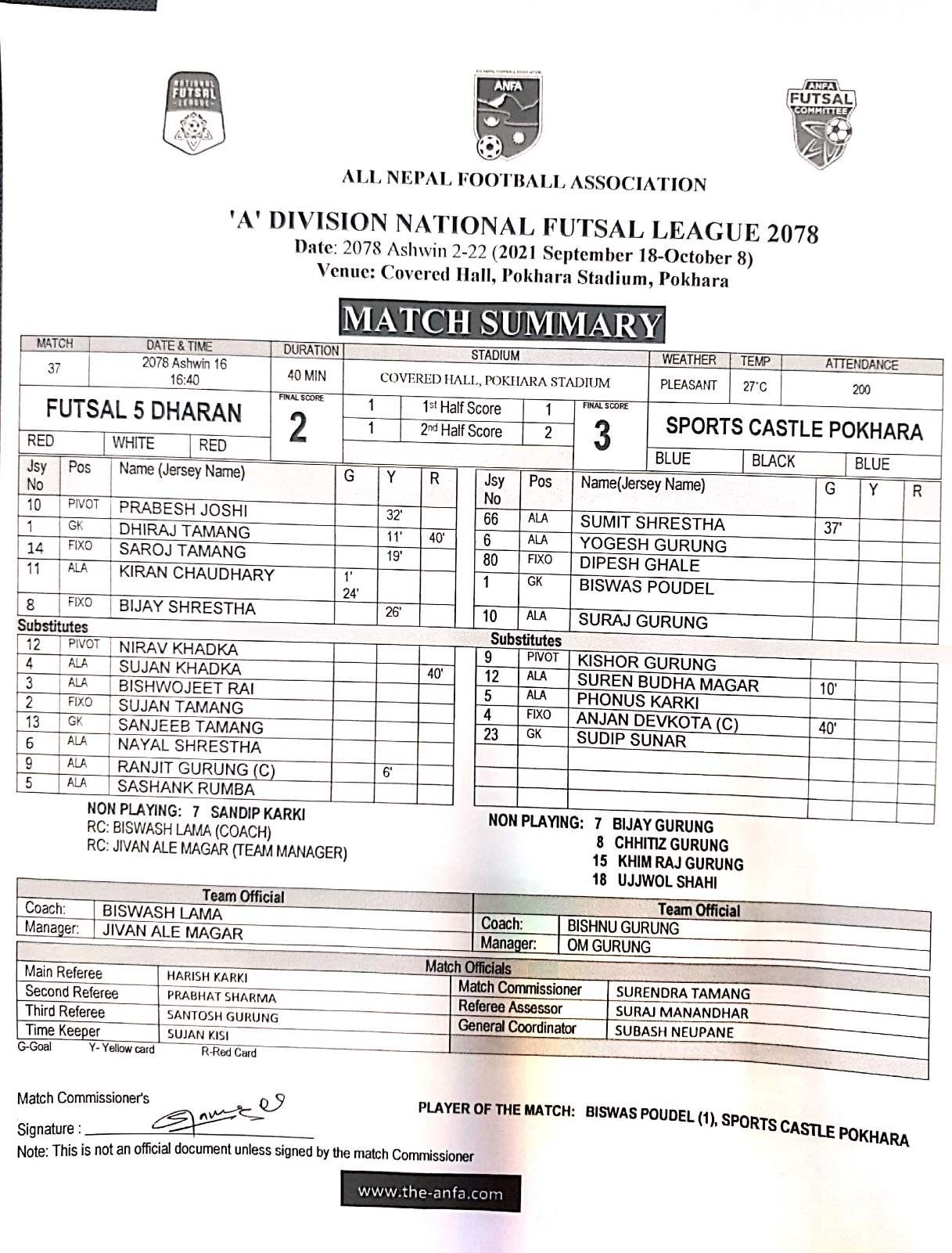 Rising Club are second in the table while Lumbini Futsal are ninth. 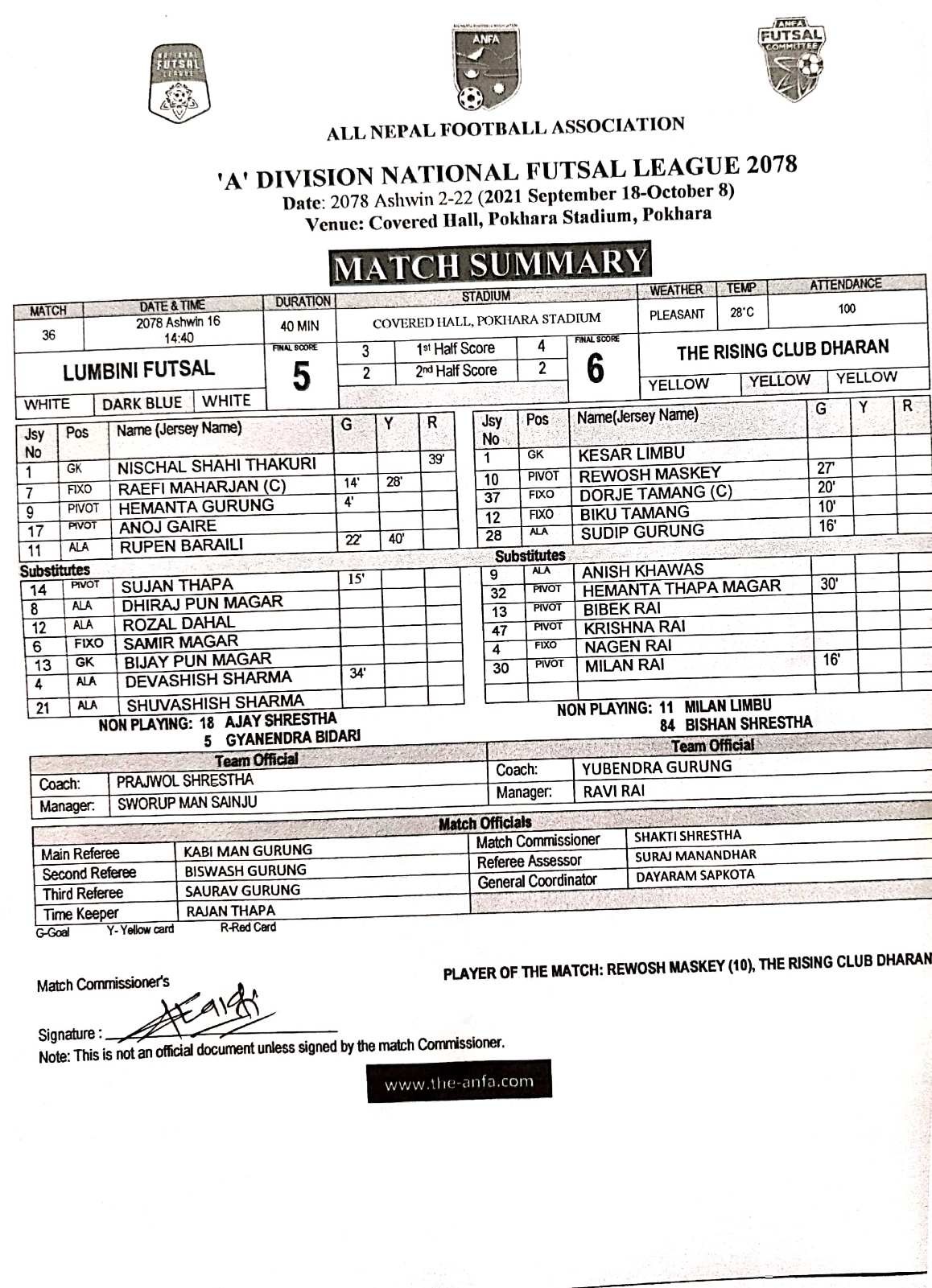