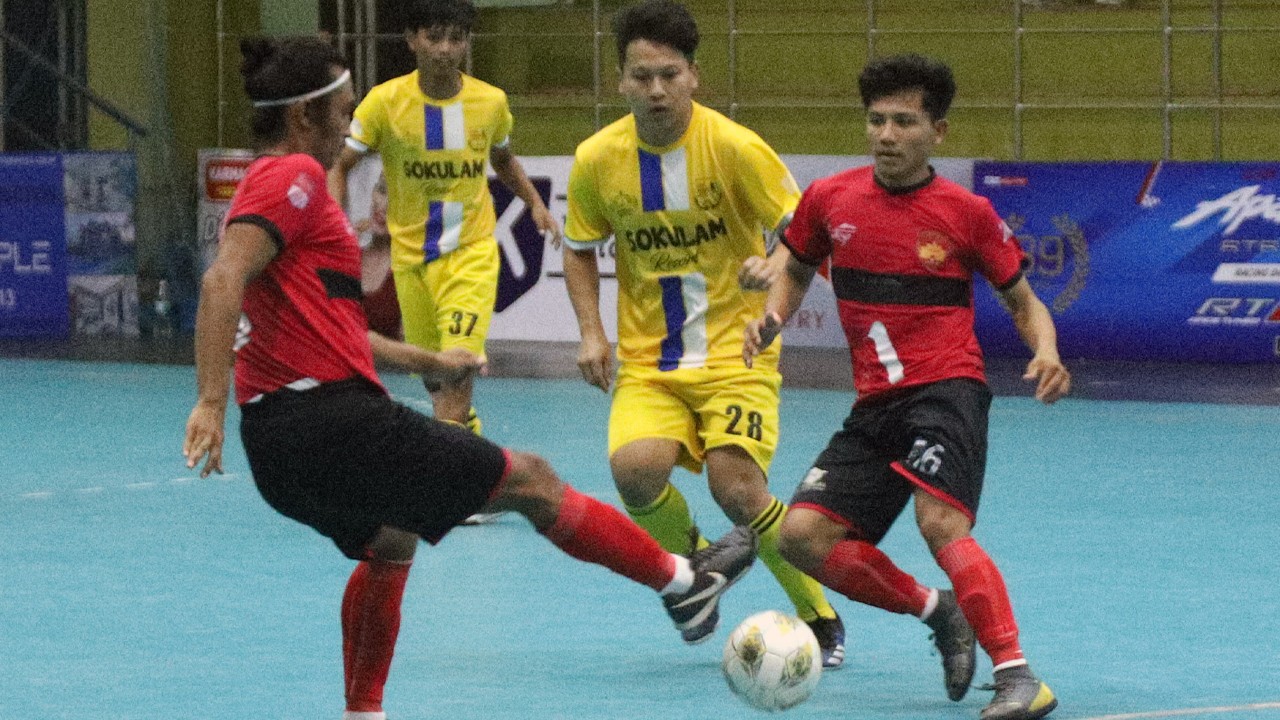 Rising Club will have another shot for a place in the final when they take on Sankhamul Futsal, which overcame Sabin Memorial FC 3-2 in the eliminator.

In the qualifier played at the multipurpose hall in Pokhara, hat-tricks from Kishor Gurung and Sumit Shrestha and goals from Suraj Gurung and Bijay Gurung helped Sports Castle to the final. Sudip Gurung, Hemanta Thapar and Milan Rai all scored twice in Rising Club's defeat. 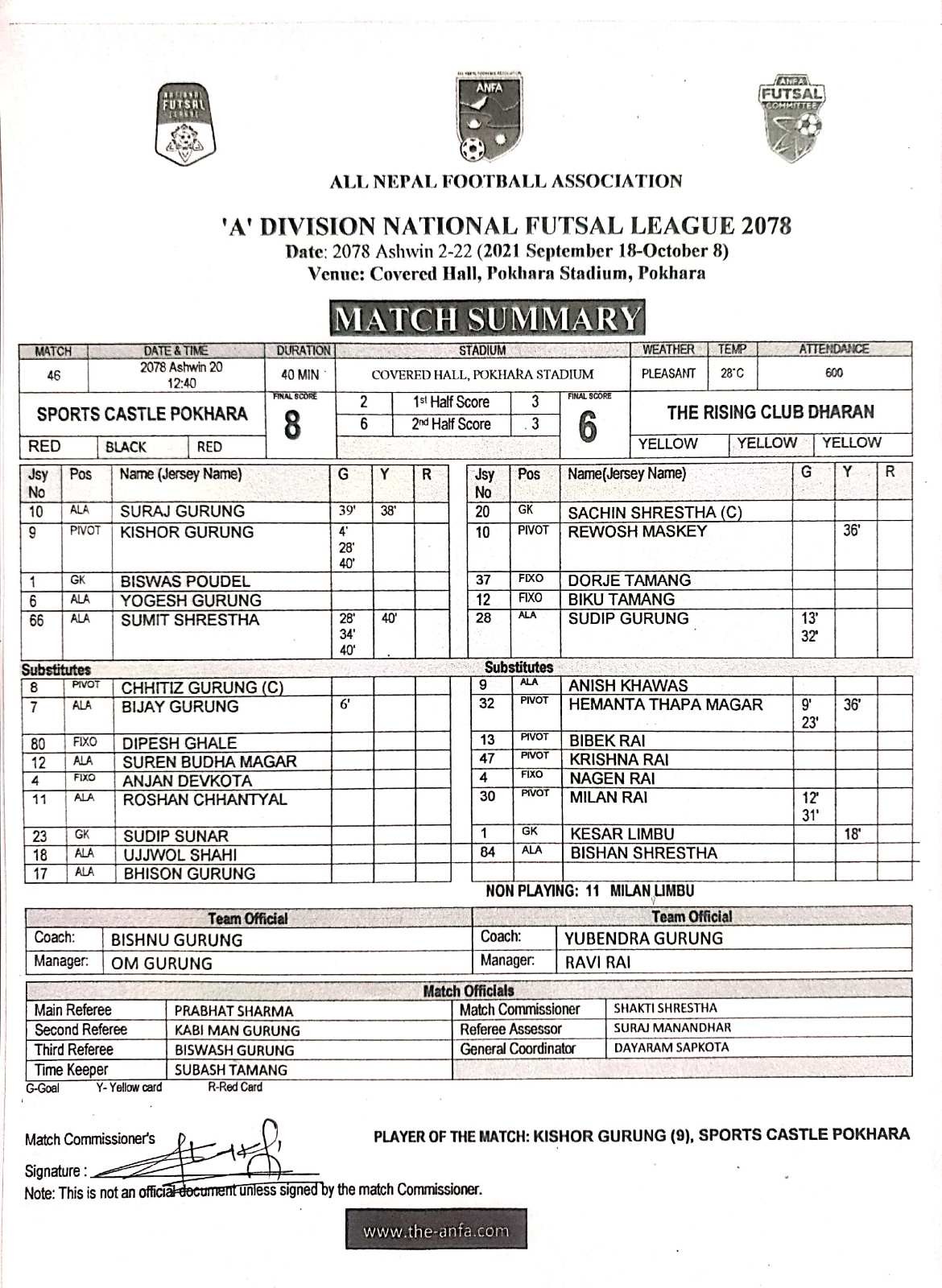 In the eliminator match, Krijal Khadka scored a brace and Jenish Prajapati scored another as Sankhamul edged past Sabin Memorial. Saroj Gurung and Manoj Gurung scored for Sabin Memorial. 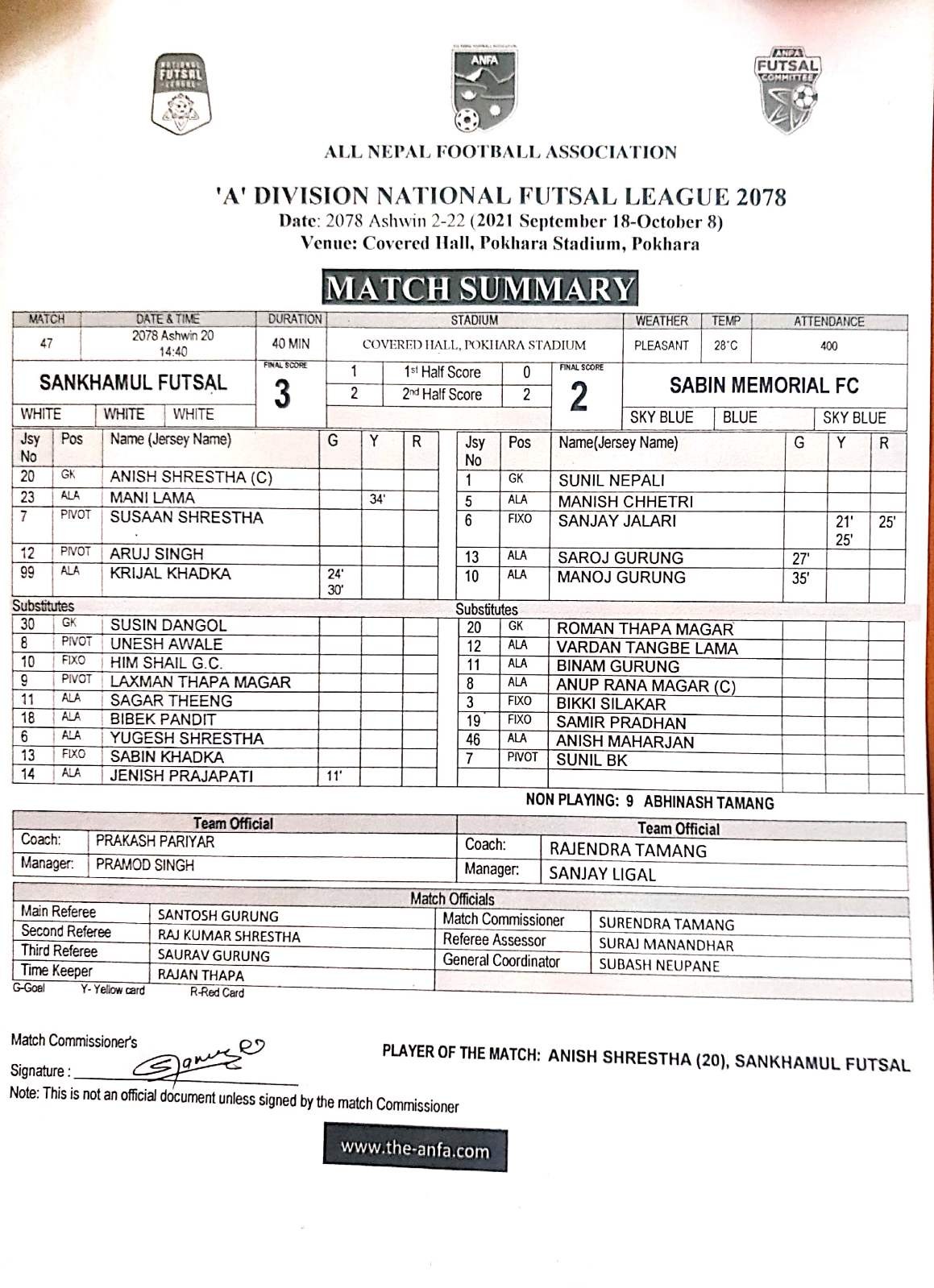 Sankhamul will now play against Rising Club in another qualifier on Thursday for a place in the final. The final will be played on Friday.