Sankhamul Futsal will play Sports Castle in the final of 'A' Division National Futsal League after defeating The Rising Club Dharan 4-3 in extra time on Thursday.

In the second qualifier match at the Multipurpose Covered Hall in Pokhara, Mani Lama scored in the third minute of extra time to secure the winner for Sankhamul after the regular time ended on 3-3.

Lama had scored a hat-trick for Sankhamul in the regular time. Bishan Shrestha had scored a brace and Hemanta Thapa Magar scored the other goal for Rising Club. 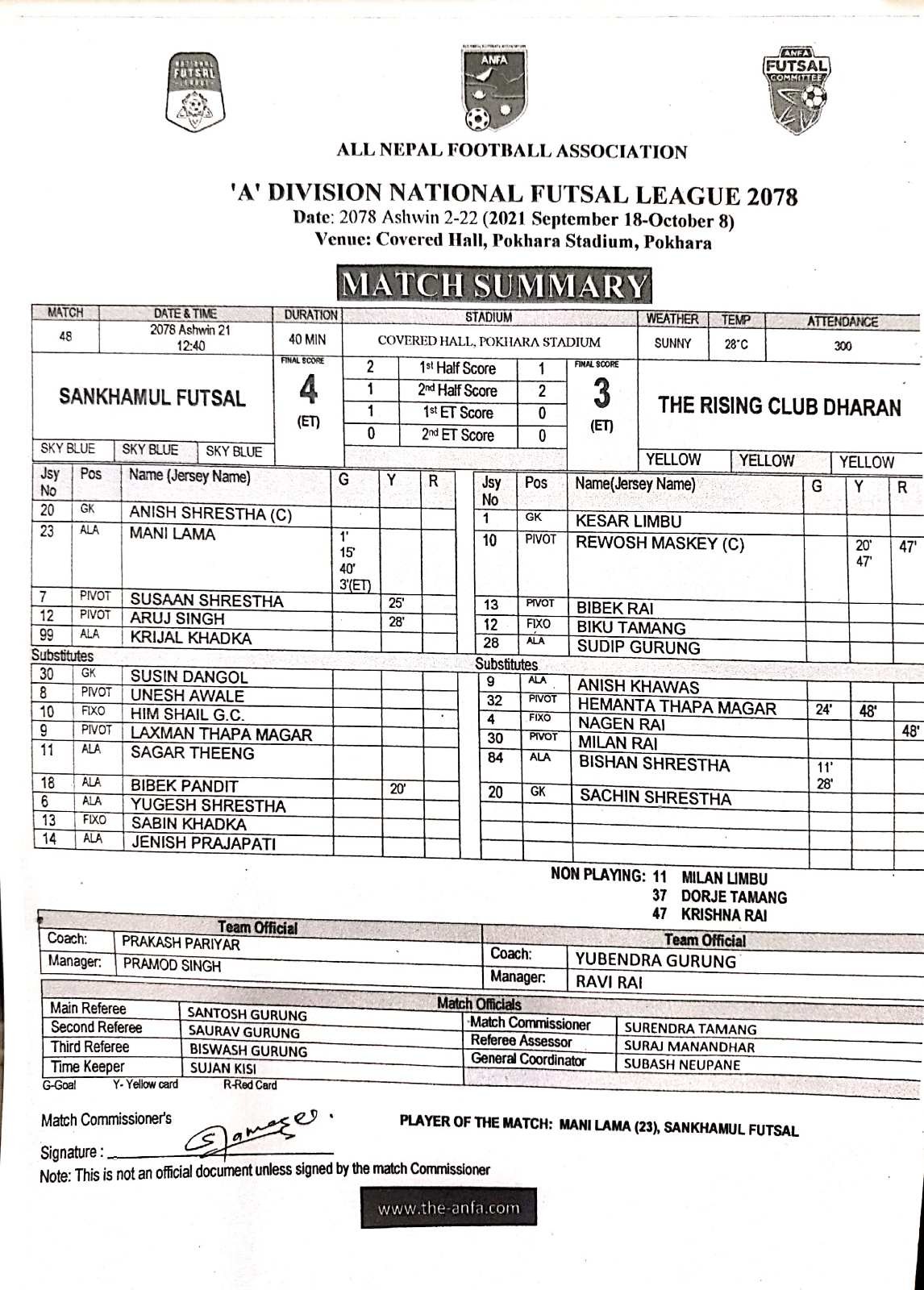 Rising Club had lost the first qualifier against finalists Sports Castle on Wednesday. The final will be played on Friday.