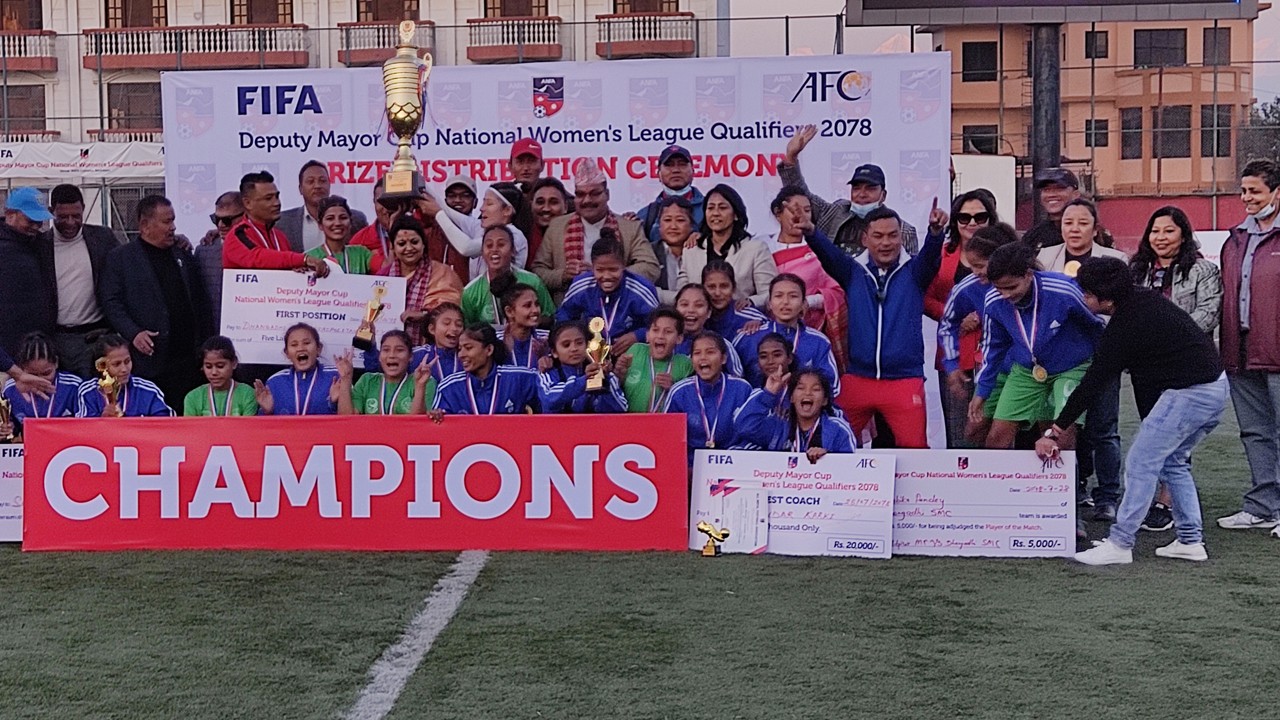 Rekha Poudel scored the decisive penalty to win the title for Dhangadhi in the shootout.

In the final match played at ANFA Complex in Satdobato, Manisha Sen and captain Nirmala BK gave Lalitpur a 2-0 lead inside 16 minutes. Seema Rawal halved the goal difference in the 24th for Dhangadhi only for Rajani Thokar to restore the two-gal cushion in the 39th.

Chandra Bhandari then scored two goals in 15 minutes to bring the score level on 3-3 for Dhangadhi. Rekha could have won the match inside the regular 90 minutes but her late penalty kick was saved by Lalitpur's custodian Ankita Rai.

Both the teams have also qualified for the National Women's League after securing their berths in the final.