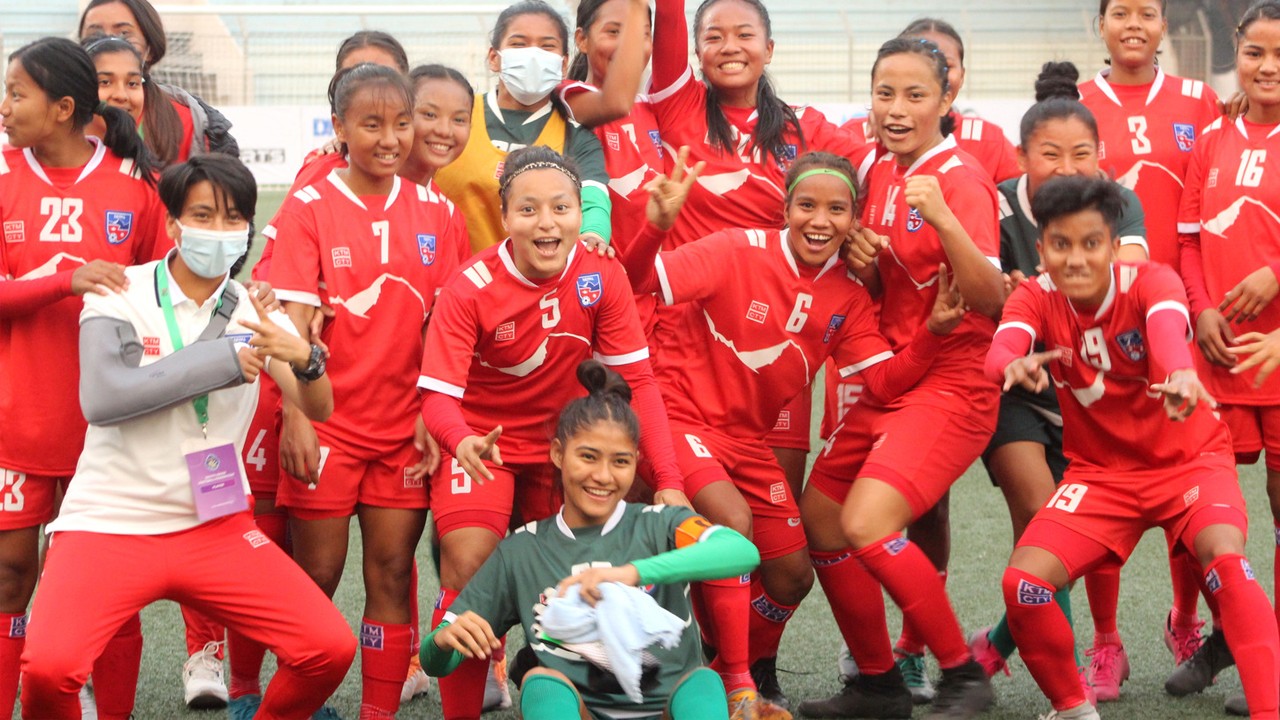 Nepal registered their first win of the SAFF U-19 Women's Championship with a 6-0 thumping of Sri Lanka at Bir Sherestha Shaheed Shipahi Mostafa Kamal Stadium in Dhaka on Wednesday.

Ghising opened the scoring in the fifth and Sabita doubled the advantage in the seventh minute. Menuka scored two minutes before the half to give a comfortable 3-0 lead in the half-time.

Rajani scored three minutes after the restart before Saloni made it 5-0 in the 53rd. The rout was complete in the 85th minute when Rashmi scored her second.

Nepal had played a goalless draw against hosts Bangladesh in the opening match. Nepal has four points from two matches and are second in the table. The top two teams will play in the final.

Nepal will play their third match against Bhutan on December 17..