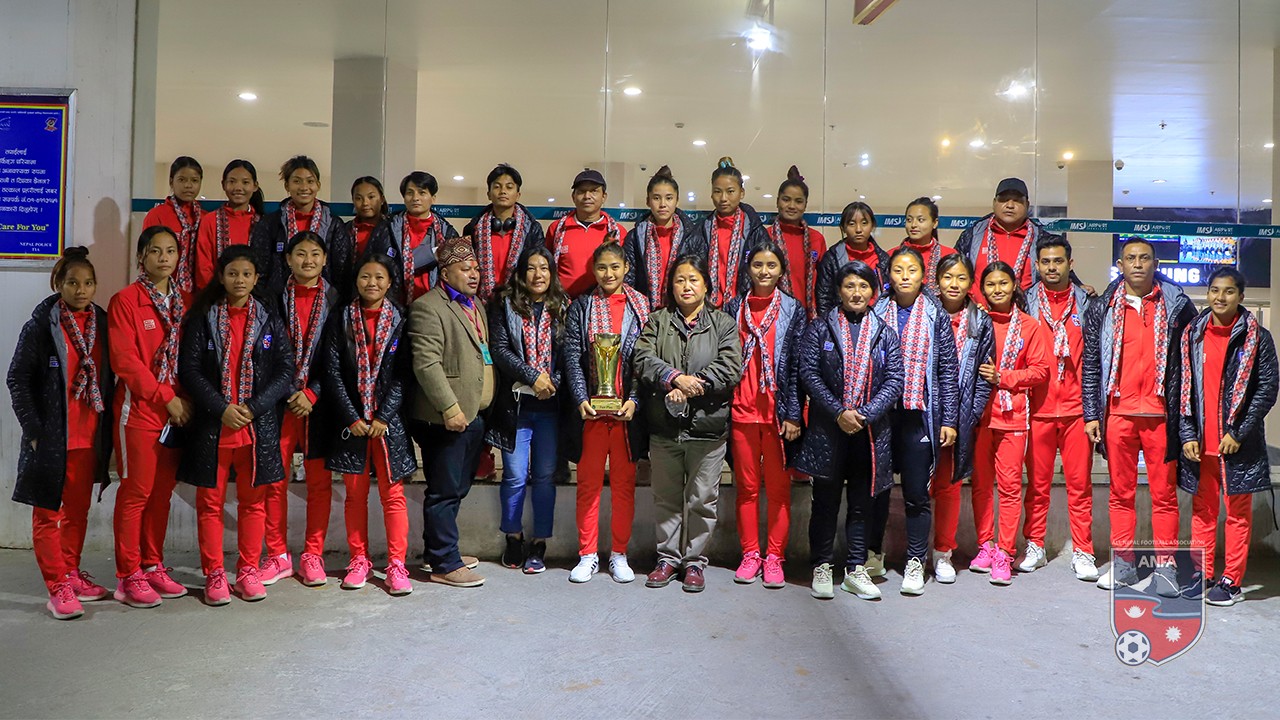 Players and officials of the U-19 national women's team have arrived from Bangladesh on Friday.

The national team had taken part in the SAFF U-19 Women's Championship in Dhaka.

Nepal drew its first match against Bangladesh before defeating Sri Lanka and Bhutan. Nepal failed to make into the final of the tournament after losing 1-0 against India in their final group match.

Nepal won the Fair Play Award of the tournament.