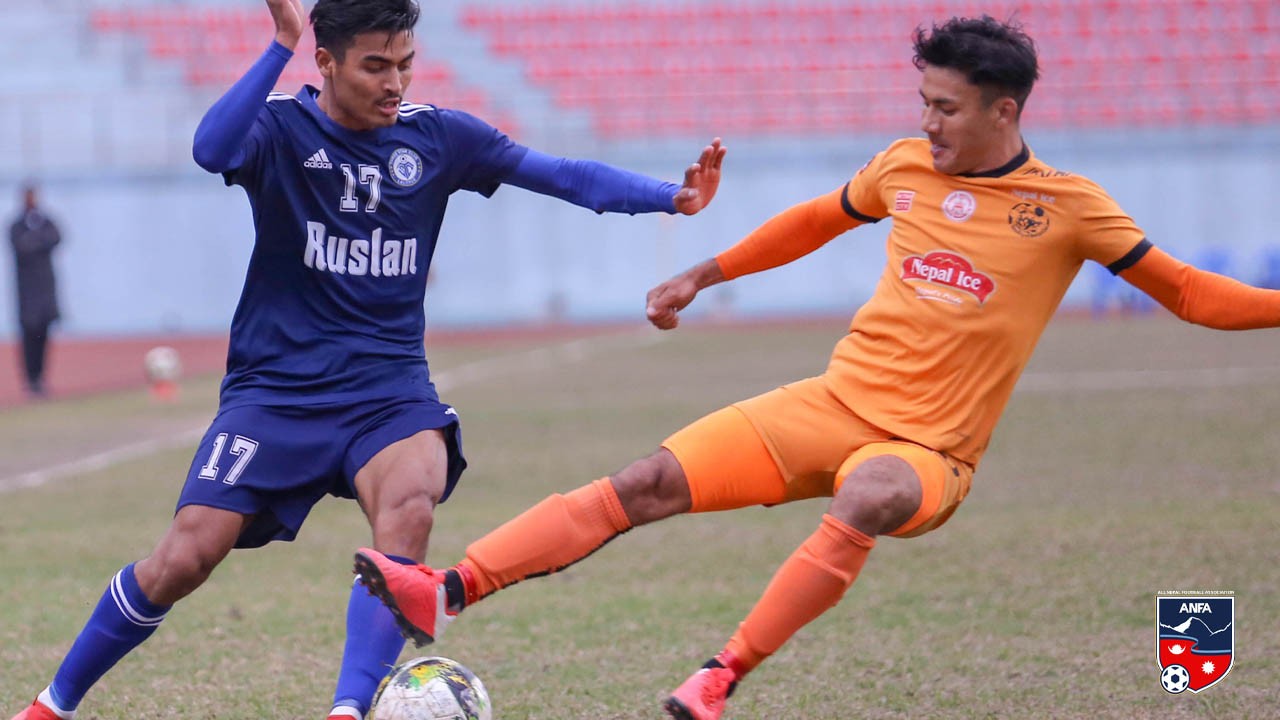 Three Star Club (TSC) have moved to fifth on the table after a 2-0 victory against Himalayan Sherpa Club (HSC) in the Qatar Airways Martyr's Memorial 'A' Division League 2021/22 on Sunday.

Ritik Kumar Khadka and Ghanefo Ansumana Kromah scored for TSC in the win at Dasharath Stadium.

Khadka scored in the 57th minute when he miscontrolled Kromah's pass only for the ball to deflect off HSC Amrit Shrestha's leg roll into the net. TSC's second goal through Kromah was scored in the seventh minute of the added time when Lakhen Limbu fed the ball to him. Kromah kept his cool to find the net and ensured the points for TSC.

TSC's head coach Urjan Shrestha said he was happy with the win and glad that the team had found its rhythm back. "It was a difficult first half for us and they put pressure on us. But we scored in the second half and things became comparatively easy for us," he said.

HSC's Yugal Kishor Rai said his team played a good game in the first half. "We were good in the first half but our second half was poor. The first goal turned the tide against us," he said.

TSC leapfrogged HSC to fifth on the table following the win. They have 13 points from eight games with three wins and two draws. HSC are sixth with 11 points.

Nepal Police Club will play Brigade Boys Club in the only game on Monday as the eight rounds of games come to a close. The match will be played at 1 pm at Dasharath Stadium.