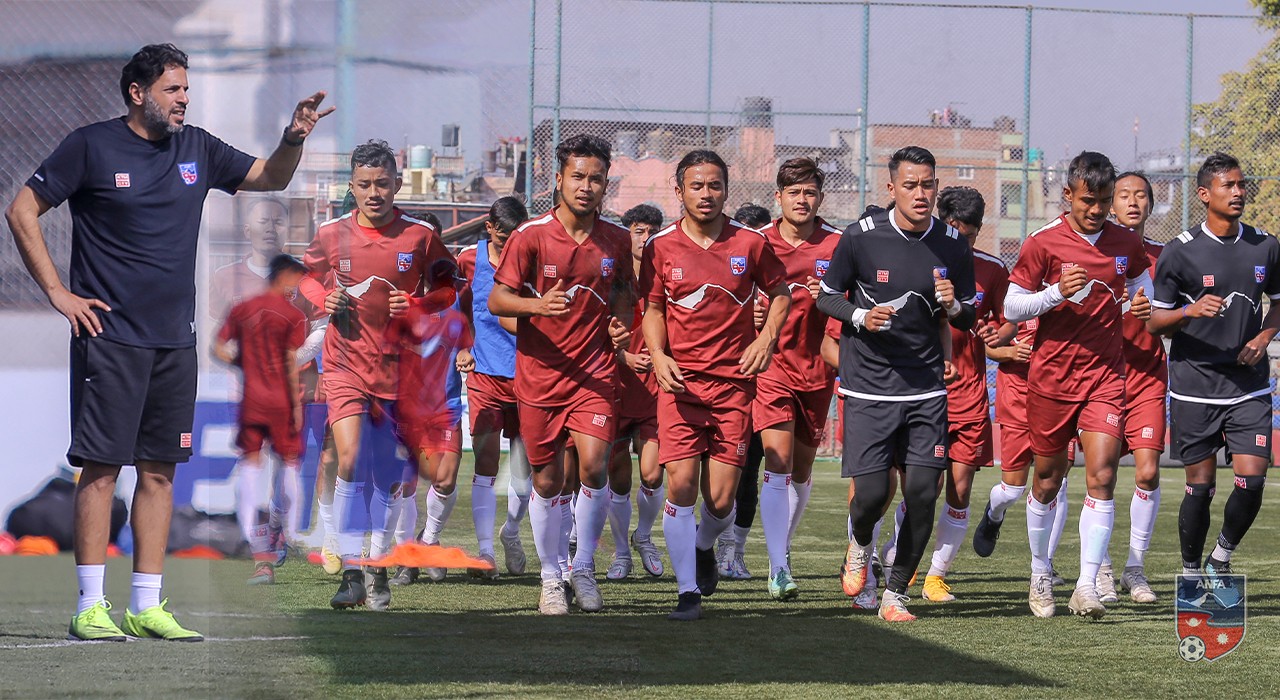 The national men's football team has begun training for the upcoming friendlies against Mauritius from Tuesday.

Thirty-four players joined the camp for training at ANFA Complex in Satdobato.

Ayush Ghalan, Dinesh Henjan and Kamal Thapa, previously called by head coach Abdullah Almutairi, will not join the squad. Thapa will not join due to family reasons and Henjan requires surgery on his back injury while Ghalan has chickenpox.

Head coach Abudullah Almutairi has called Satdobato Youth Club's Prashant Awasthi to the squad. Santosh Tamang has also joined the squad to continue his recovery from injury. He has been recovering fast and will be considered for the team after assessing his fitness.