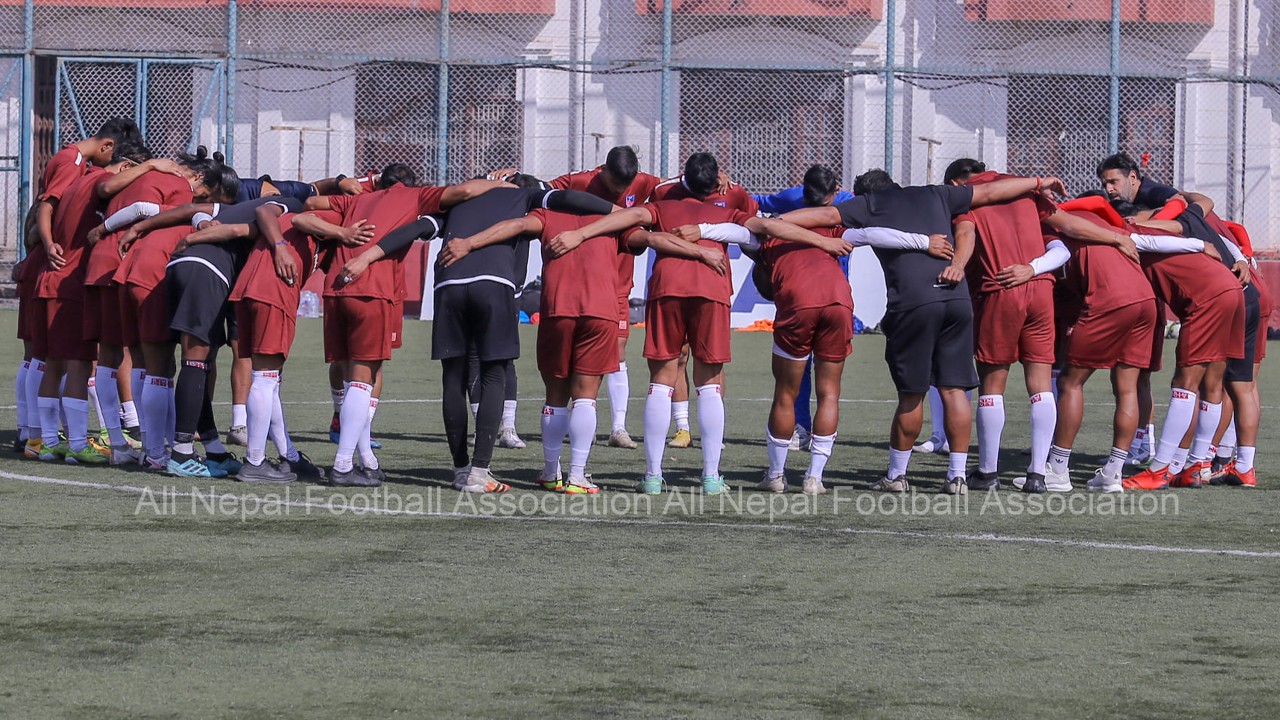 National team head coach Abdullah Almutairi has announced his squads for the friendlies against Mauritius.

Almutairi announced two squads for the two friendlies to be played on January 29 and February 1. Almutairi said he was more focused to give exposure to the players than expecting a good result. "I want the players to get exposure in international matches. This will help us prepare them for the future by giving them more experience. I am expecting a good performance than the results," he said.

Thirty-four players are currently in training for the friendlies.

ANFA has fixed the price at NRs 500 and NRs 1000 for the normal and VIP parapet respectively. Also only one-third of the total stadium capacity will be allowed for the friendly to comply with the health protocols issued by the government.

Fans will have to produce their vaccination card to enter in the stadium during the games. Both the games will be played under the lights at 4:45 pm in Dasharath Stadium.