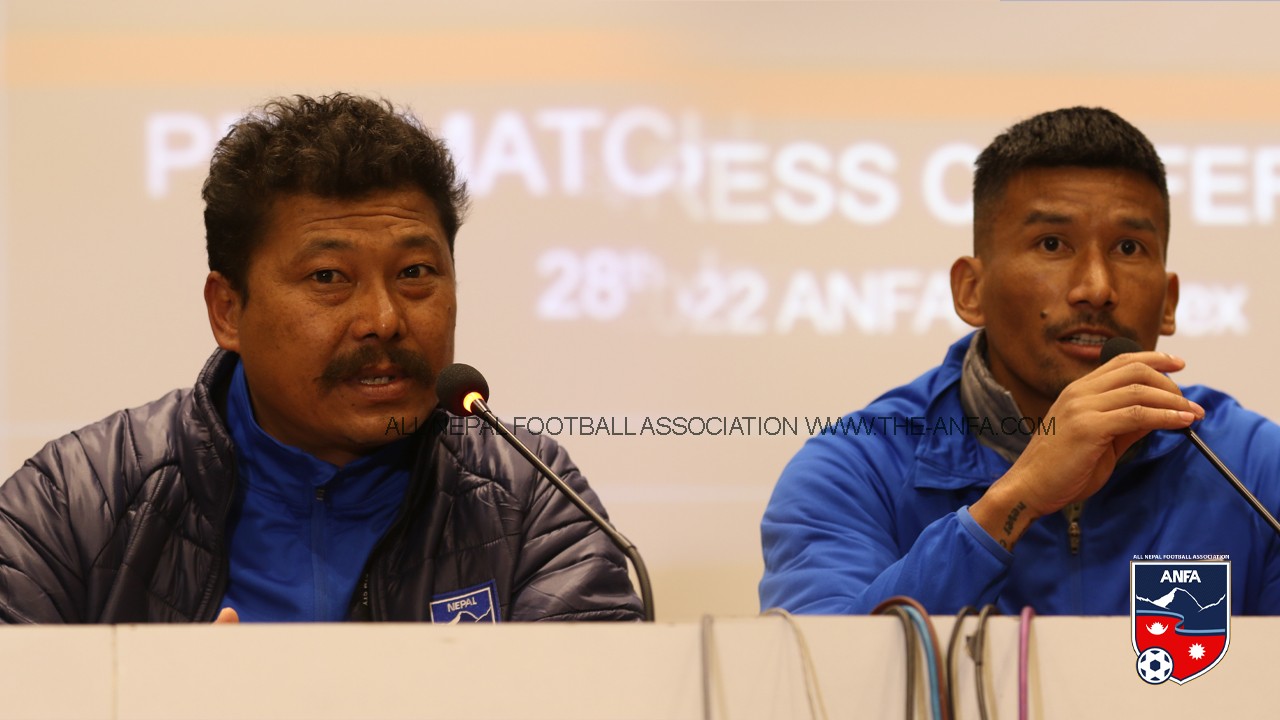 Nepal and Mauritius are playing in the first of the two friendlies at Dasharath Stadium on Saturday.

The two sides are meeting for the first time in their footballing history and said they were eagerly waiting for the game.

In the pre-match press conference at ANFA Complex in Satdobato, Mauritius head coach Tony Francois said they were playing international game after a long time and expect a tough match against Nepal. "We have also trained for only 45 days. It won't be easy to play against Nepal," he said.

Francois said Nepal play at a higher pace and his players would put their best. "We have watched them play in Maldives [SAFF Championship] and they play a fast game. We would do our best to show Mauritius football here," he said.

Mauritius team captain Kevin Obrian said Nepal was a good team and expect a good match. "I expect my teammates to put a good show against Nepal," Obrian said.

Nepal's coach Kiran Shrestha said the friendlies was part of preparations for the Asia Cup Qualifiers and had prepared well. "Our preparations are over. We aim to correct the mistakes we made in our past international games," Shrestha said.

Nepal's captain and goalkeeper Kiran Kumar Limbu said they expect to make the first encounter against an African side a memorable one. "It is going to be a new experience for us playing against an African team. Our players are ready both mentally and physically," said Limbu.

The match will be played under the lights at 4:45 pm at Dasharath Stadium. Tickets for the games have been fixed at Rs 500 and Rs 1000 for normal and VIP parapet respectively.