Naybasti defeat Samajik to move to third in the table 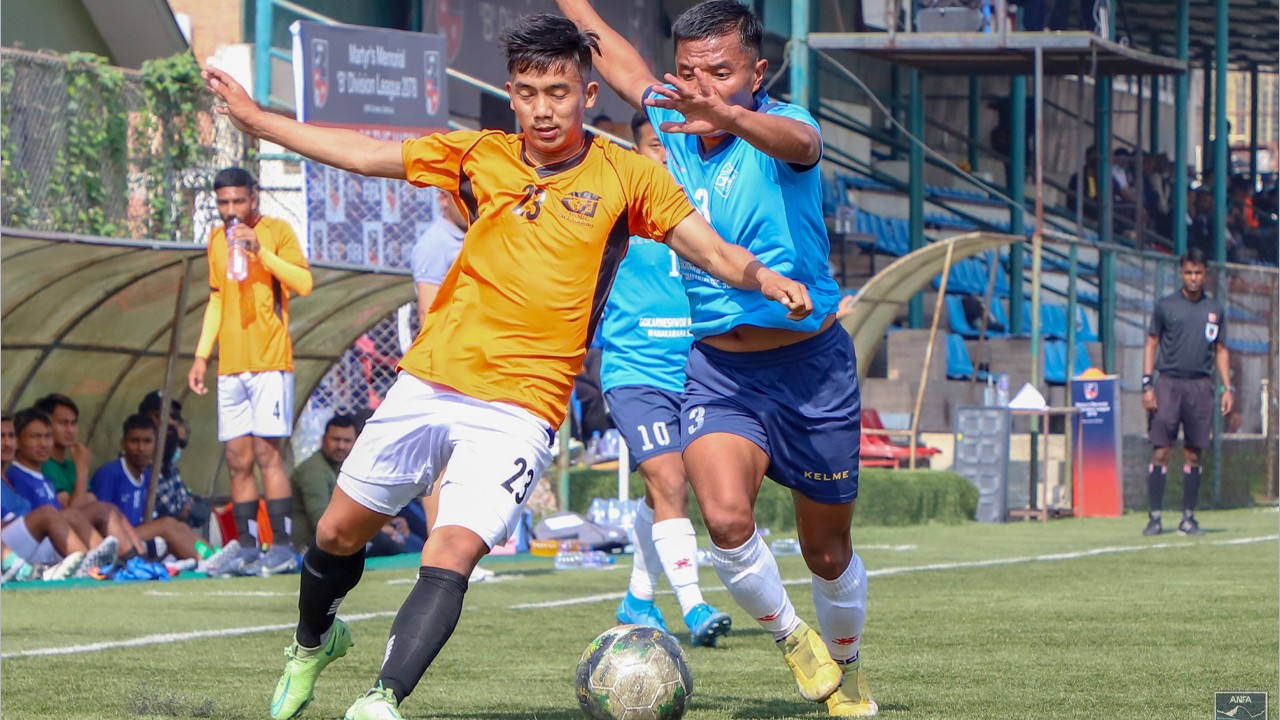 Nayabasti Youth Club defeated Samajik Youth Club 2-1 and moved to third in the table of the Martyr's Memorial 'B' Division League 2078 on Friday.

The other two matches between Tushal Youth Club vs Madhyapur Youth Association and Boys Union Club vs Ranipokhari Corner Team ended in draws.

Samajik had taken the lead in the first match of the day through Suresh Khatri in the ninth minute. Nayabasti had to wait until the second half when captain Ramesh Tamang levelled in the 58th minute before substitute Jiban Magar sealed the points in the 75th minute.

RCT played a 1-1 draw against Boys Union in the third match of the day. Boys Union took the lead through an own goal by Ujjwol Shahi in the 30th minute. RCT got back in the game and into the point through Prajwal Gurung in the 37th minute.

The second match of the day between Tushal and Madhyapur ended goalless.