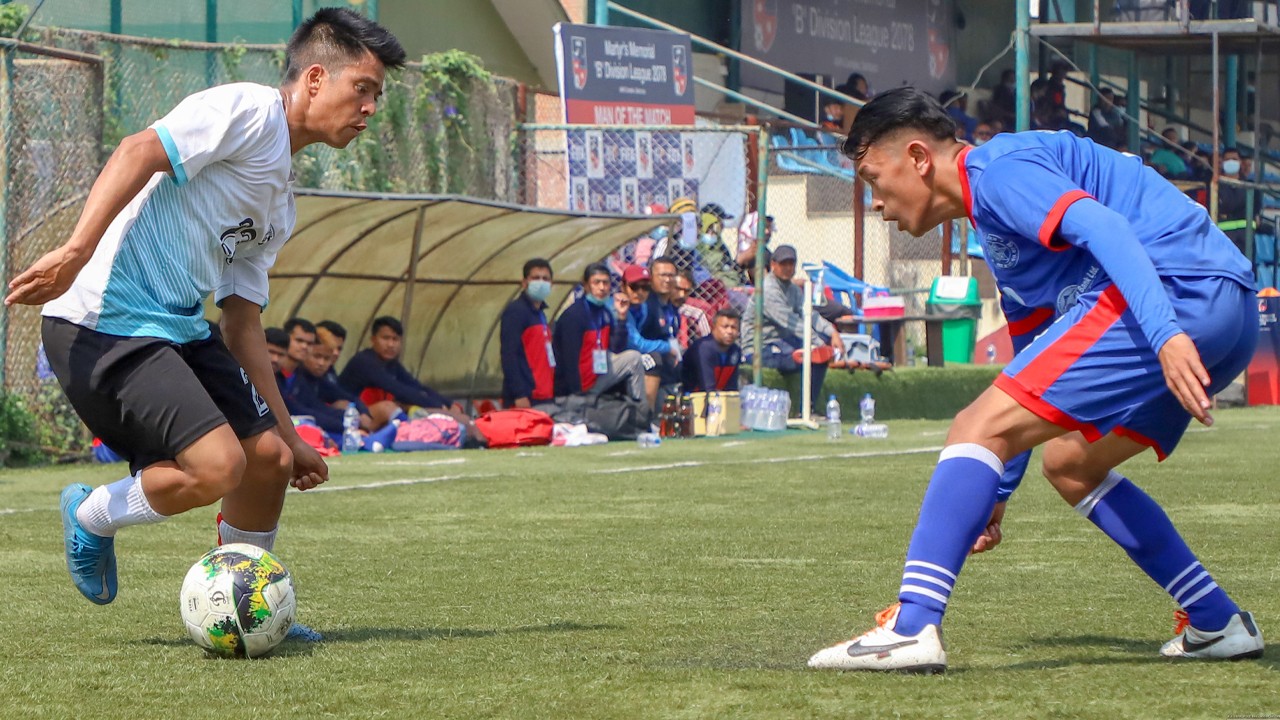 Shree Bhagawati Club defeated Church Boys United 2-1 to condemn them to their first league defeat of the Martyr's Memorial 'B' Division League 2078 on Saturday.

Shree Bhagawati also climbed to the top of the table after the win.

Rupesh Khatri gave Shree Bhagawati the lead in the 16th minute but was cancelled out by Raj Kandangwa four minutes later. Sunil Shrestha then scored in the 60th minute to give Shree Bhagwati all three points in the match.

The first match of the day between Saraswoti Youth Club and Shree Kumari Club ended in 1-1 draw. The third match between Bansbari Club and Birgunj United also ended with the same encounter.

The third match between Bansbari and Birgunj also ended 1-1. Komal Khawas gave Bansbari the lead in the 10th minute but Kripakant Mahato Tharu's 73rd minute goal earned them the point.

The seventh round of matches will be played from Monday.