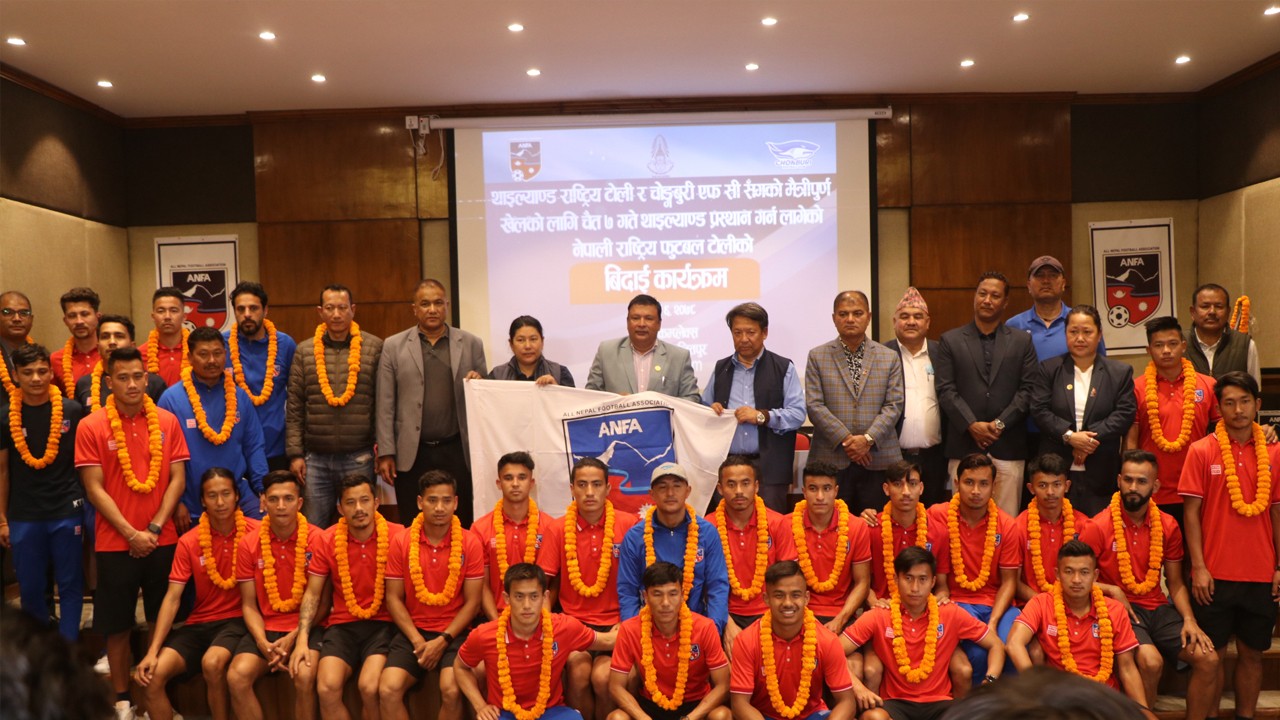 All Nepal Football Association (ANFA) had bid farewell to the members of the national football team flying to Thailand on Monday for the friendlies against Thailand national team and Chonburi FC.

The farewell was organized at ANFA Complex in Satdobato.

Nepal will play against the Thailand national team on March 24 and against Chonburi FC on March 27.