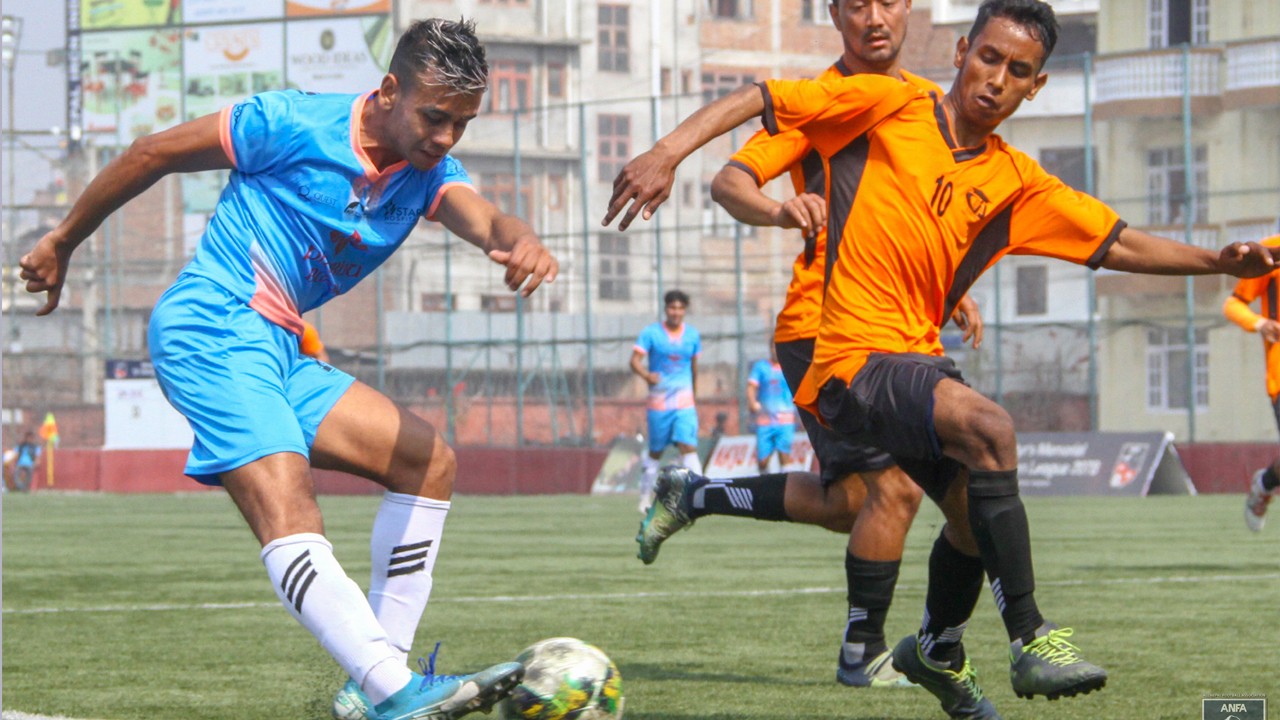 Nayabasti Youth Club moved to the top of the standing after a 1-0 defeat over Ranipokhari Corner Team in the Martyr's Memorial 'B' Division League 2078 on Monday.

In the third match of the day, Lila Bahadur Thapa Magar scored six minutes from time to give Nayabasti the victory at ANFA Complex.

Madhyapur defeated Khumaltar with the same scoreline in the second match. Sajin Thapa Magar's goal in the 16th minute proved to the be difference between the two sides.

Tushal Youth Club will play Shree Kumari Club in the first match on Tuesday at 9:30 am. The second match between Boys Union and Church Boys United will be played at 12:45 pm and the third match at 4 pm will be played between Saraswoti Youth Club vs Birgunj United.