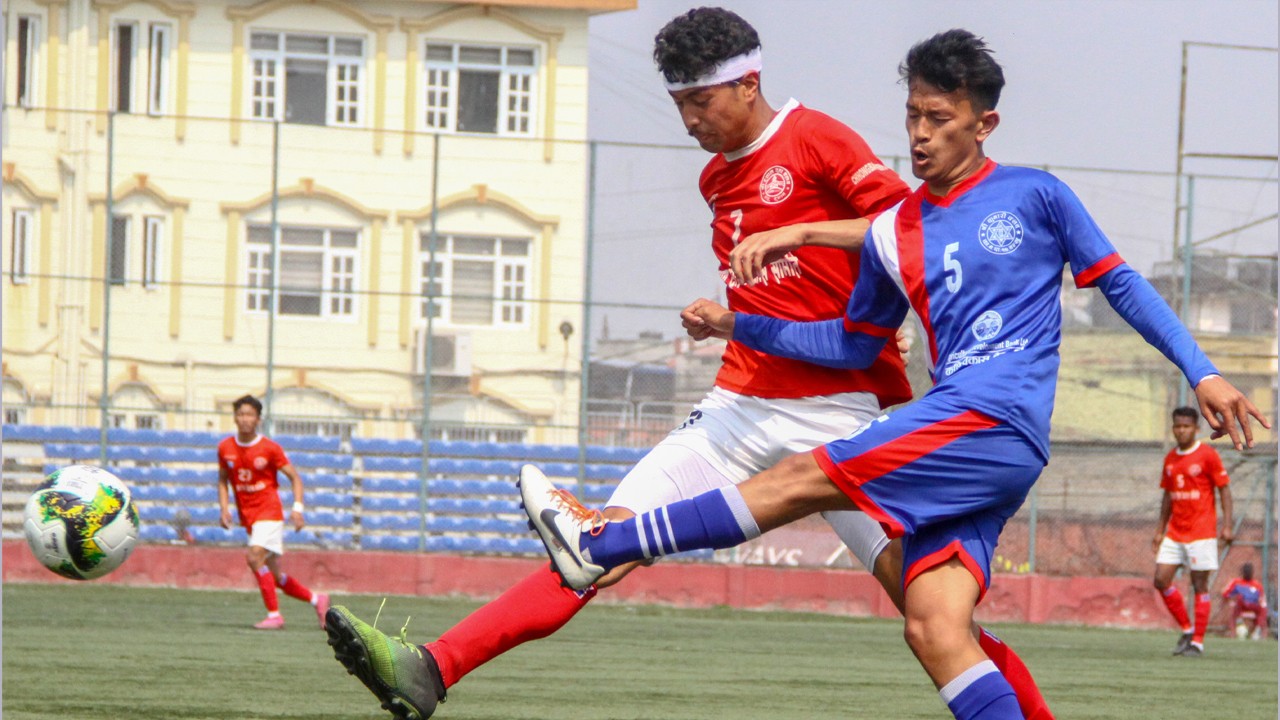 Church Boys United moved to the top of the standing after thumping Boys Union Club 6-1 while Birgunj United thrashed Saraswoti Youth Club 5-0 in the Martyr's Memorial 'B' Division League.

Boys Union took the lead through Arun Limbu in the eight minute but Church Boys scored six times to complete the rout.

Saimon Limbu levelled in the 10th minute before Ashish Chapagain made it 2-1 in the 21st minute. After Aashish Chaudhary scored the team's third in the 36th minute, Yogesh Gurung made it 4-1 in the added minutes of the first half.

Chapagain then scored his second in the 53rd before Anil Dhami added a late sixth in the third minute of added time in the win.

Tharu scored in the 35th, 54th, 84th and the first minute of added time for Birgunj. Bibek Chaudhary scored the other goal in the 72nd.

Shree Kumari scored the first goal through Aruj Singh in the sixth minute but Dhirendra Bahadur Shaha levelled in the 84th minute for Tushal. This was seventh draw for Shree Kumari in as many games.

Shree Bhagawati Club play Bansbari Club in the first match on Wednesday at 12:45 pm while the second match between Madhyapur Youth Association and Jhamsikhel Youth Club will be played at 4 pm.