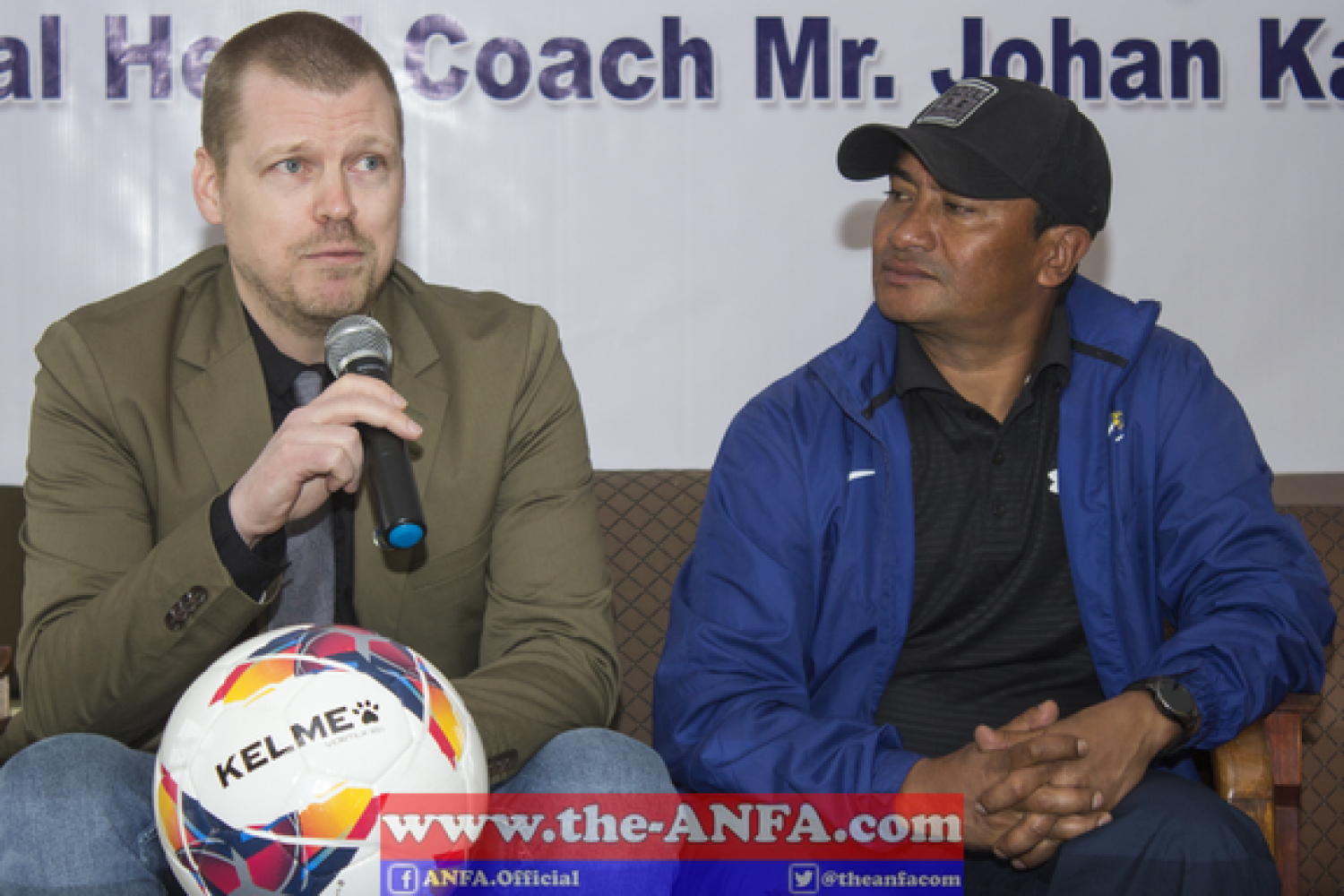 Addressing to the media, Kalin thanked the ANFA for the opportunity.

“I am truly honored and blessed to return to Nepal as a head coach for the national team. I want to thank ANFA for the opportunity,” said Johan.

The Swedish coach earlier in 2014, had led the ‘A’ Division outfits Machhindra FC to second-place in the Martyr’s Memorial ‘A’ Division League.

Johan Kalin will serve the national team as a head coach for two-years.

“I am very excited to work with the talented young players in Nepal. My first task with the team will be the friendly match against Malaysia on 26 March 2019.”

“I don’t promise but obviously, there are many things to talk and discuss with the FA as we continue to move forward,” he added.

The ANFA Ex.co meeting held on Jan 17 2019 made the hiring of the Swedish official.

The contract will however be effective from 1st March 2019.