Ghising scored in the 35th, 48th and 58th minute to complete her hat-trick. The other three goals were scored by Bimala Chaudhary in the 45th minute, Amisha Karki in the 82nd and Kusum Khatiwada in the 88th minute.

In the first game of the day, Sabitra Bhandari scored a hat-trick as APF defeated Chandrapur Municipality Rautahat 8-0. Bhandari scored in the 23rd, 50th and 90th minute. Anita KC had given APF the lead in the fourth minute. Manjali Kumari Yonjan scored the team's second in the 15th and Anita Basnet put APF three up a minute later.

Yonjan also scored in the 31st minute to complete her brace. Anu Lama also got into the scoresheet in the 71st. The consolation for Chandrapur was scored by Sumitra Singh Pakhrin in the 86th minute.

APF also moved to the summit after the comfortable victory. 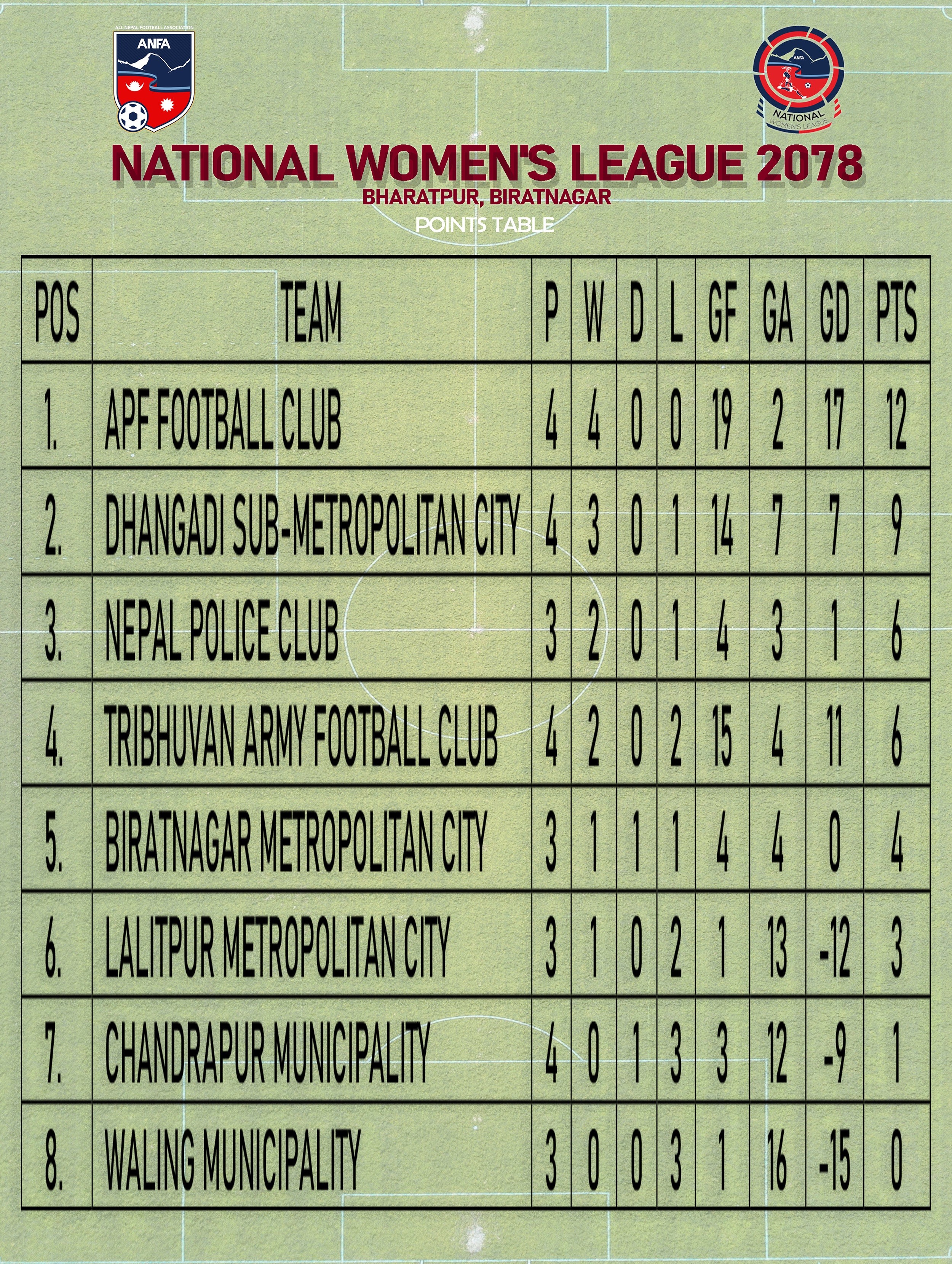