Nepal conclude their AFC Futsal Asian Cup Qualifiers without a win after losing 8-1 to Afghanistan in their final match on Tuesday.

Sumit Shrestha had scored the only goal for Neal in the 39th minute.

Abdul ghafar Sadeqi scored a hat-trick and Reza Karimi got a brace for Afghanistan. Mortaza Mohammadi, Sayed Mahdi Hashimi and Ali Amiri also scored one each for Afghanistan.

Nepal had lost their opening match to Uzbekistan by 5-1 and went down 11-1 to Tajikistan in the second match.

The national futsal team will now return home on Wednesday. 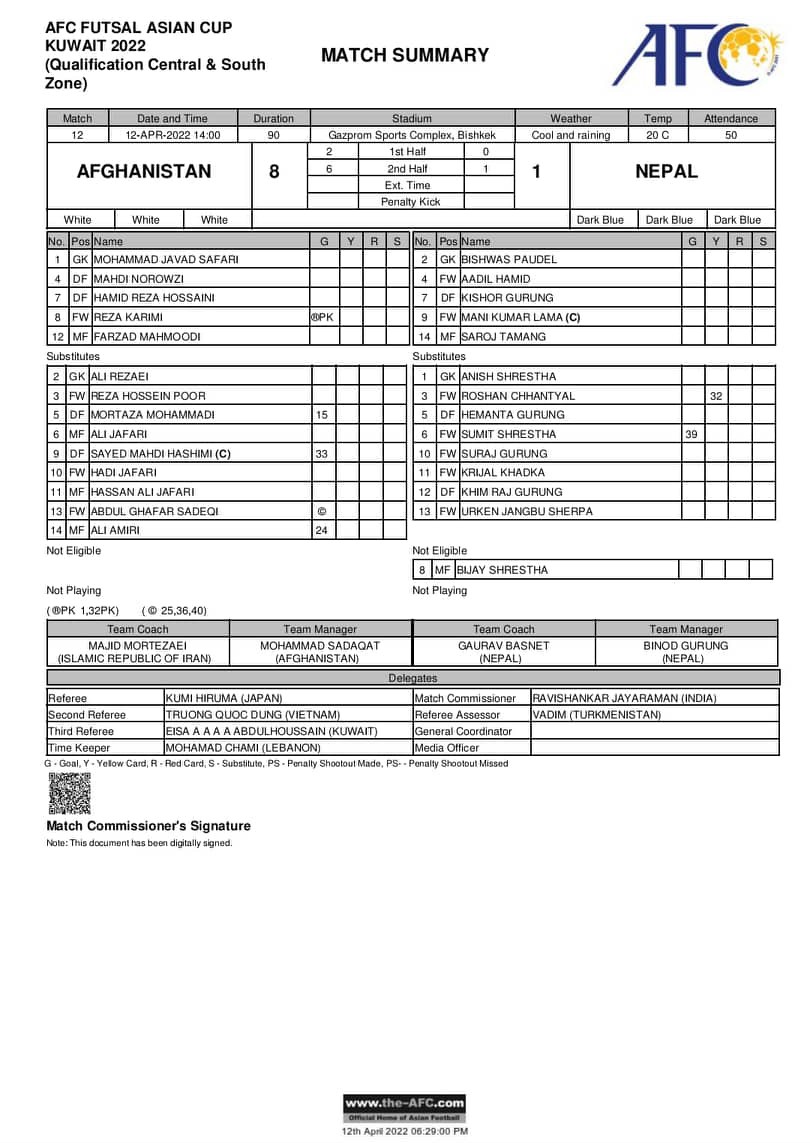