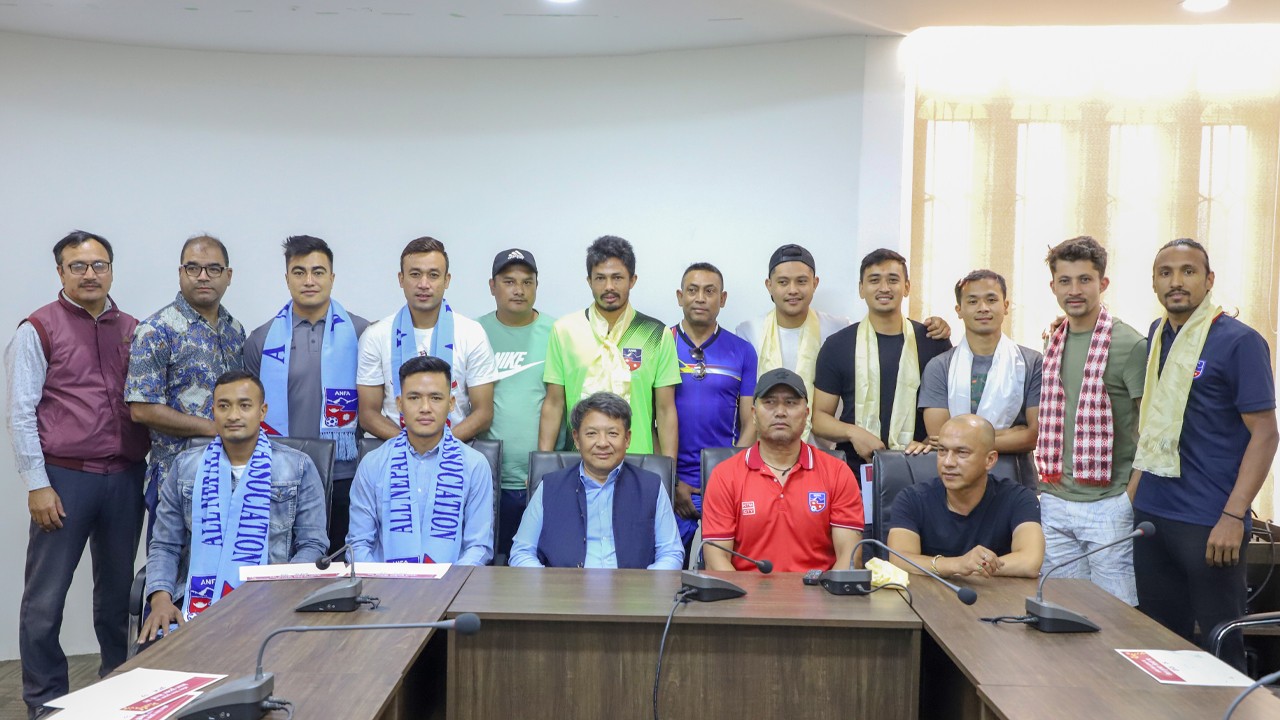 Nepali international Bikram Lama has been unanimously elected as the President of Players Association.

ANFA President Karma Tsering Sherpa handed over letter of appreciation to the newly-elected working committee and wished them well for their tenure.

Speaking in the programme, newly-elected president Lama hoped to raise the grievances and work for the overall welfare of the players.