Jhapa Football Club promoted to B Division, Birgunj, Oasis down

Jhapa Football Club have been promoted to B Division with a game remaining after defeating Birgunj Youth Club 5-0 in the Martyr's Memorial 'C' Division League 2022.

Jhapa have a three point lead over both Planning Boys United and RC 32 Football Academy, both of which are tied on 28 points. Jhapa had defeated RC 32 and even if Jhapa lose their final group game and RC32 win theirs, Jhapa will still remain above RC32 by virtue of superior head-to-head difference.

Pujan Rai scored four and Santosh Lawati scored one for Jhapa. Rai scored his first in the 13th and added his second in the 65th. He completed his hat-trick in the 74th before adding a fourth in the fifth minute of added time. Lawati's goal came in the fourth minute of additional time of the game.

Of the 12 games played, Jhapa have won 10 of them and drawn one.

Birgunj Youth Academy, meanwhile, have been relegated to C Qualifiers. Oasis Club's relegation was already confirmed after their defeat to Mahabir Club. 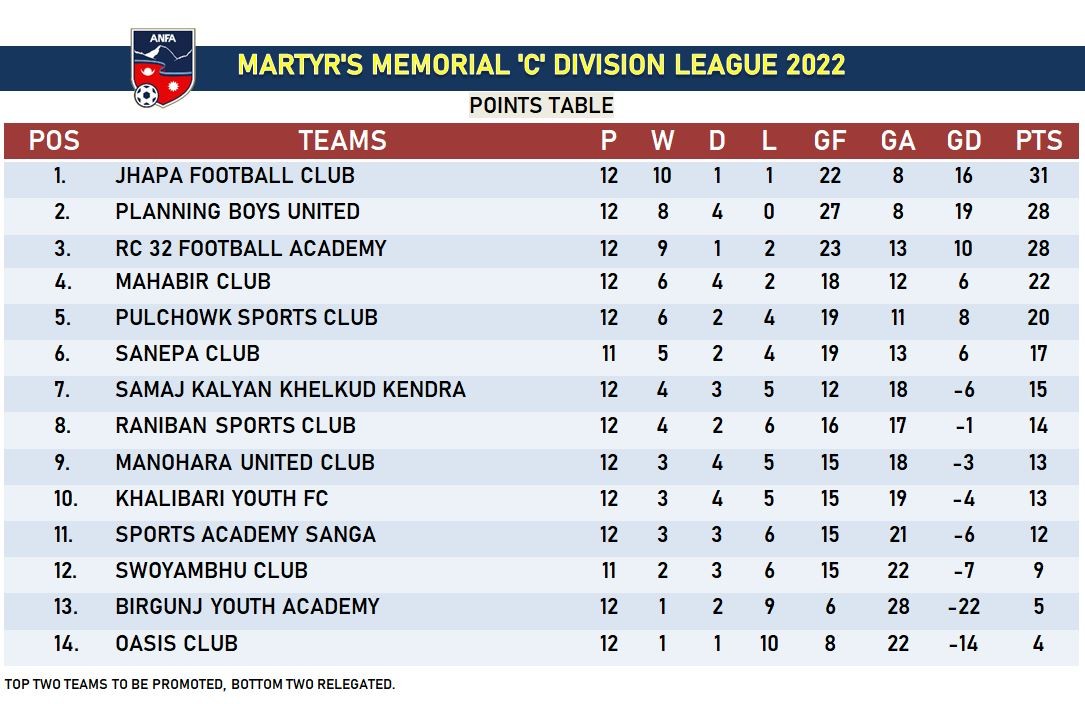