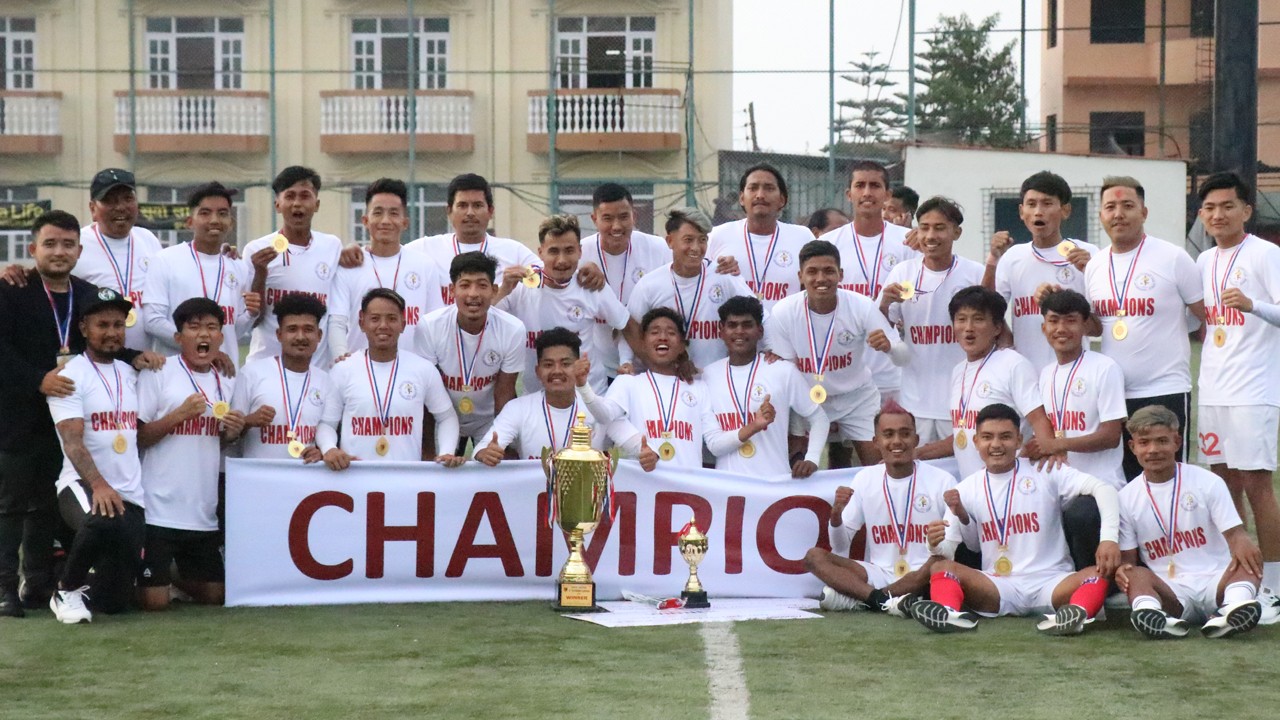 Bishal Khawas scored twice and Manish Limbu and Pujan Rai scored one each in Jhapa's win. Khawas scored the first in the third minute before adding his second in the 39th. After Limbu scored Jhapa's third in 48th, Roshan Chhetri pulled one back for Swoyambhu in the 51st.

Four minutes after Swoyambu's first goal, Rai scored Jhapa's fourth. Palsang Lama made it 4-2 for Swoyambhu in the 67th minute.

With 14 goals each, the Golden Boot was shared between Planning Boys United's Fagu Ram Tharu and Sanepa Club's Khem Raj Tamang. They also shared Rs 35,000 prize money between them.