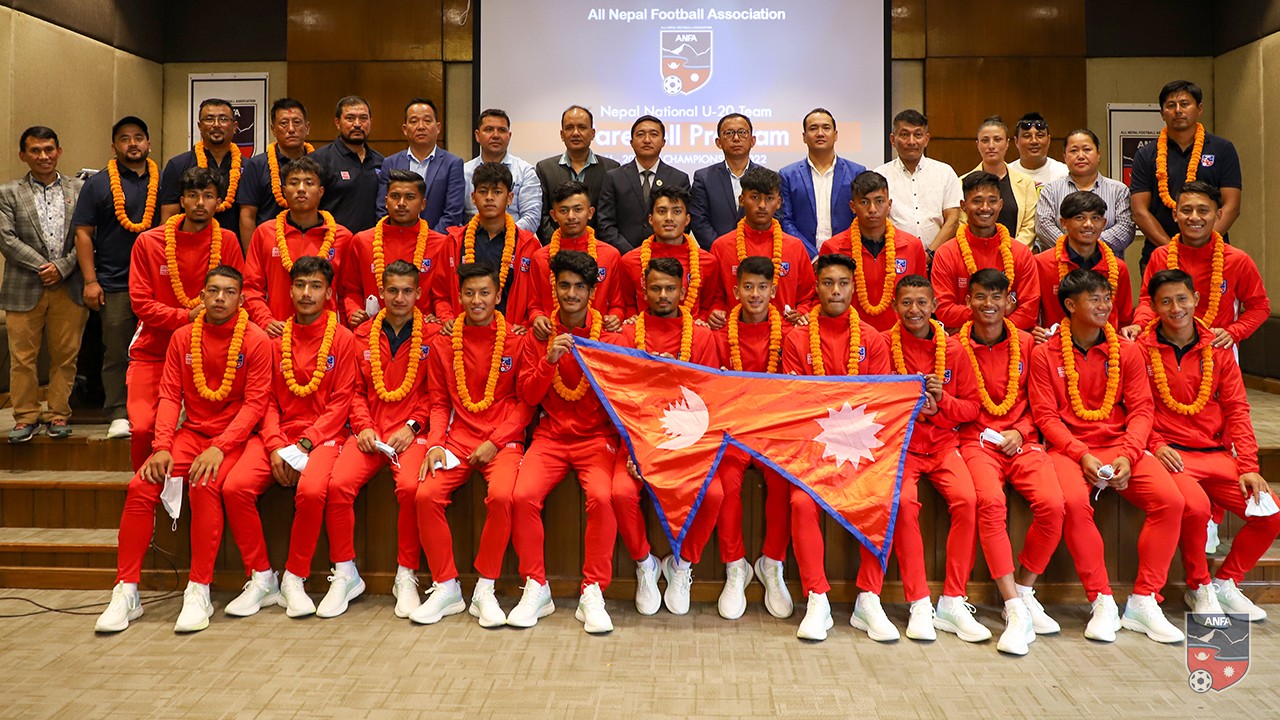 All Nepal Football Association (ANFA) has bid farewell to the U-20 national team flying to India for the U-20 SAFF Championship in Bhuwaneshwor.

The farewell was organized at ANFA Complex in Satdobato amid a special programme on Friday.

Chief Guest Ghising wished the team for a good performance in the competition. "I hope the best players have been selected from the selection process and I wish you the victory in the competition," said Ghising. "I also hope to see these players in the national team in the future," Ghising added.

ANFA President Nembang expected the team to bring the good old days back. "The effort put by every players and coaching staffs will surely bring some good result in the competition. I wish you the very best and a victorious campaign," said the President.

ANFA Senior Vice President Khadka gave welcome speech in the programme and said it was a joyous moment for the new leadership to see the young players taking part in an international competition. "You have the support of every Nepali citizens and everyone here at ANFA. I hope your success in the competition will become a motivation for us to work for the betterment of the players in coming days," said Khadka.

The team will fly at 3 pm today.

The top two teams after the group round will play in the final on August 5.