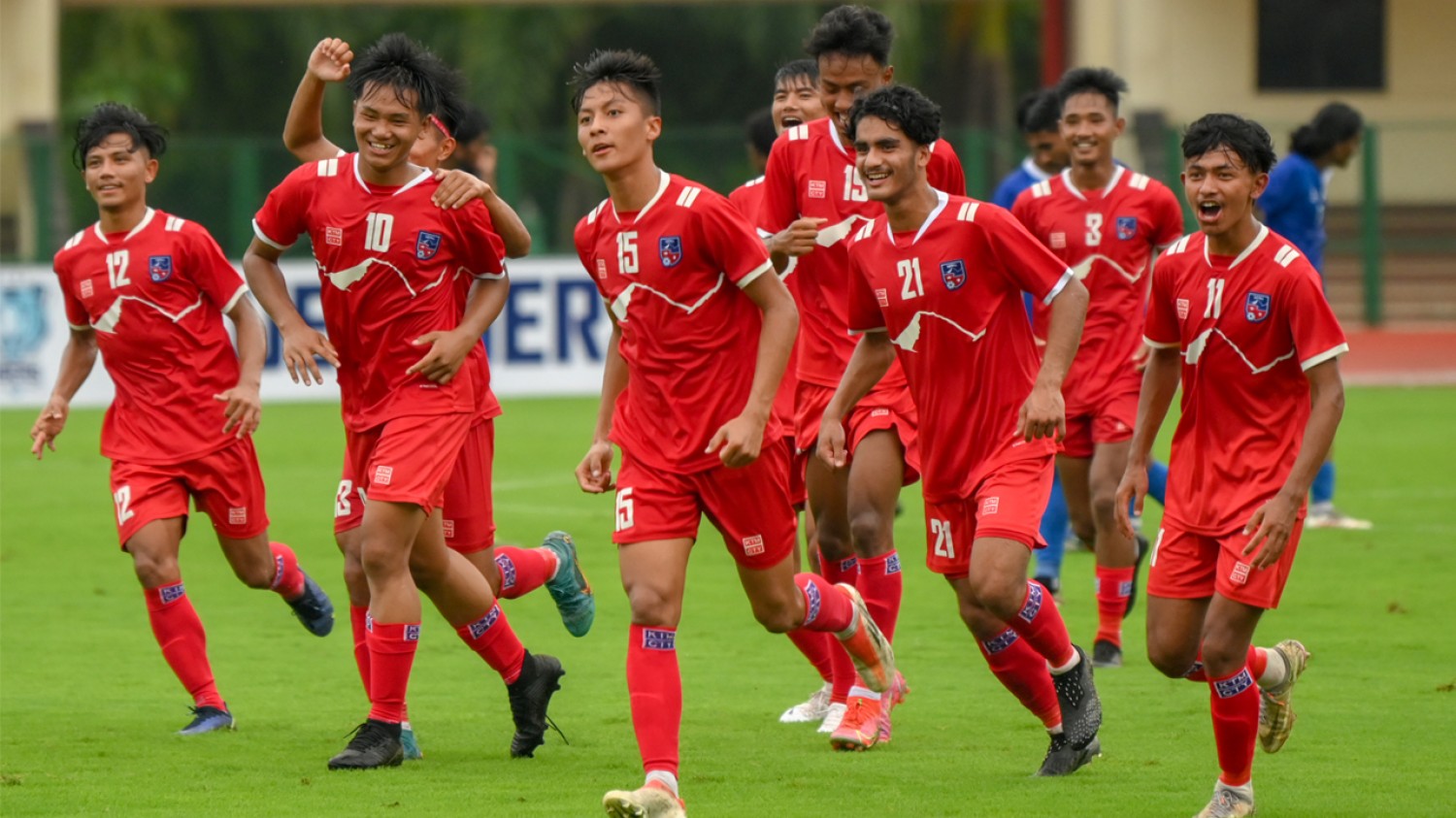 Nepal defeated Maldives 4-0 to begin their SAFF U-20 campaign with a thumping victory at Kalinga Stadium in Bhubaneswar, India.

Gurung scored a stunning goal from outside the box in the 41st minute to give Nepal the lead. Suwal doubled the lead in the 58th minute before Kritish Ratna Chhunju converted a penalty awarded after skipper Ayush Ghalan was brought down inside the box by Hussain Shavin.

Substitute Managya Nakarmi made it 4-0 in the fourth minute of added time to complete the thumping victory.

Nepal will now play their second match against Sri Lanka on July 27.