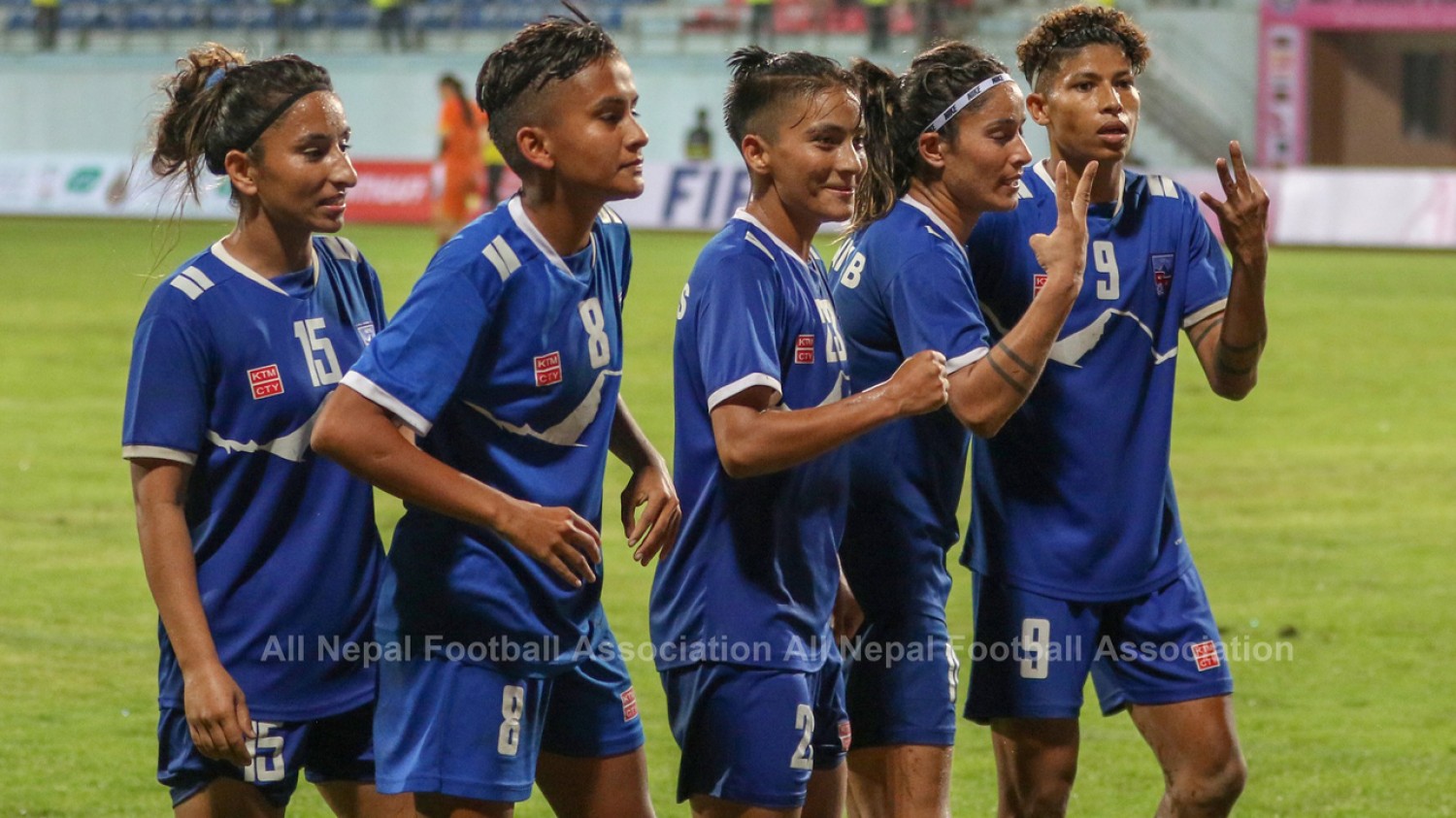 Nepal defeated Bhutan 4-0 to begin their chase for the elusive SAFF Women's Championship title with a comfortable win on Tuesday.

In the pouring rain at Dasharath Stadium, Sabitra Bhandari gave Nepal the lead in the 12th minute when Bhutan goalkeeper failed to clear the ball. Nepal had to wait until the second half for the second when Bhandari again finished after receiving a clever pass from substitute Rekha Poudel.

Anita Basnet added the team's third in the 73rd scoring from outside the box after beating two defenders. She scored her second in the 85th minute by controlling the punched ball from Bhutan's goalkeeper.

Speaking in the post-match, Nepal's head coach Kumar Thapa said the pouring rain made it difficult for the team to score early in the game. "The weather is outside our control and it hindered us in the first half. We came back in the second," said Thapa.

Thapa said illness to key team member just before the match also changed their plans. "We played with Anita KC after Manjali Yonjan was down with fever. But our performance was still good despite the change," said Thapa.

Dipa Shahi, Amisha Karki and Samikshya Ghimire debuted in their national colors against Bhutan. Shahi started in the midfield while Karki was paired up front alongside goalscorer Bhandari. Ghimire came on the pitch in the 74th minute to replace Hira Kumari Bhujel.

Nepal will now play their second match against Sri Lanka on September 12.