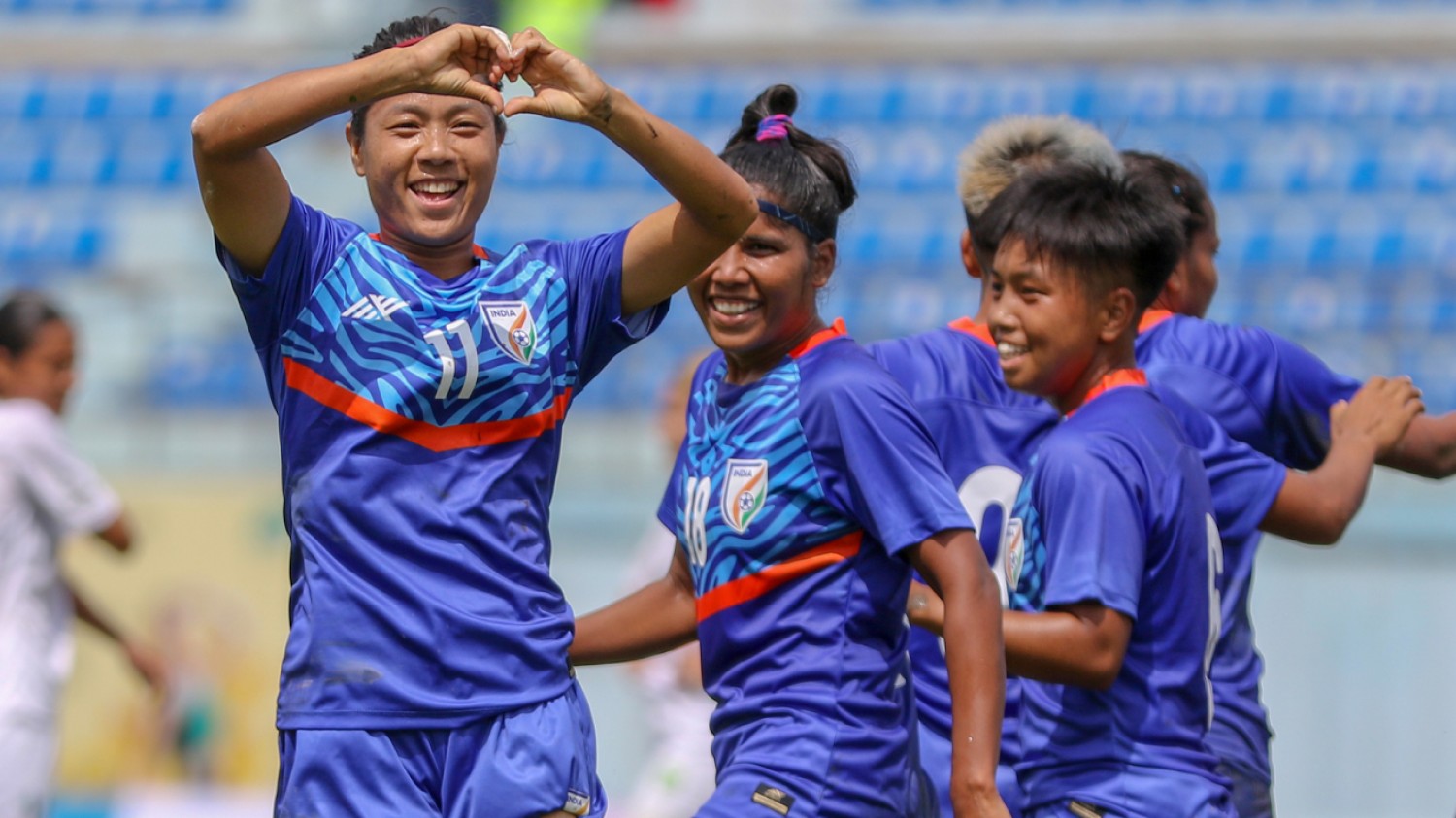 Pakistan's return to international football after a hiatus of eight years has ended in a 3-0 defeat to India in the SAFF Women's Championship.

India took the lead when Pakistan's skipper Maria Khan inadvertently turned the ball into her own net in the 21st minute when their goalkeeper cleared the ball onto her path. Grace Dangmei doubled the lead two minutes later when she penetrated the gap between the goalkeeper and the post with a powerful shot.

The defending champions added the third in the added minutes through Soumya Guguloth and ensured the victory.

Earlier, Pakistan failed to take the lead through Nadia Khan who was found by Zulfia Nazir with a perfectly-placed cross only for Khan to shot at outside of the post.

Pakistan will look to bounce back into the tournament when they take on Bangladesh on September 10. India will play against Maldives in the second match of the same day.