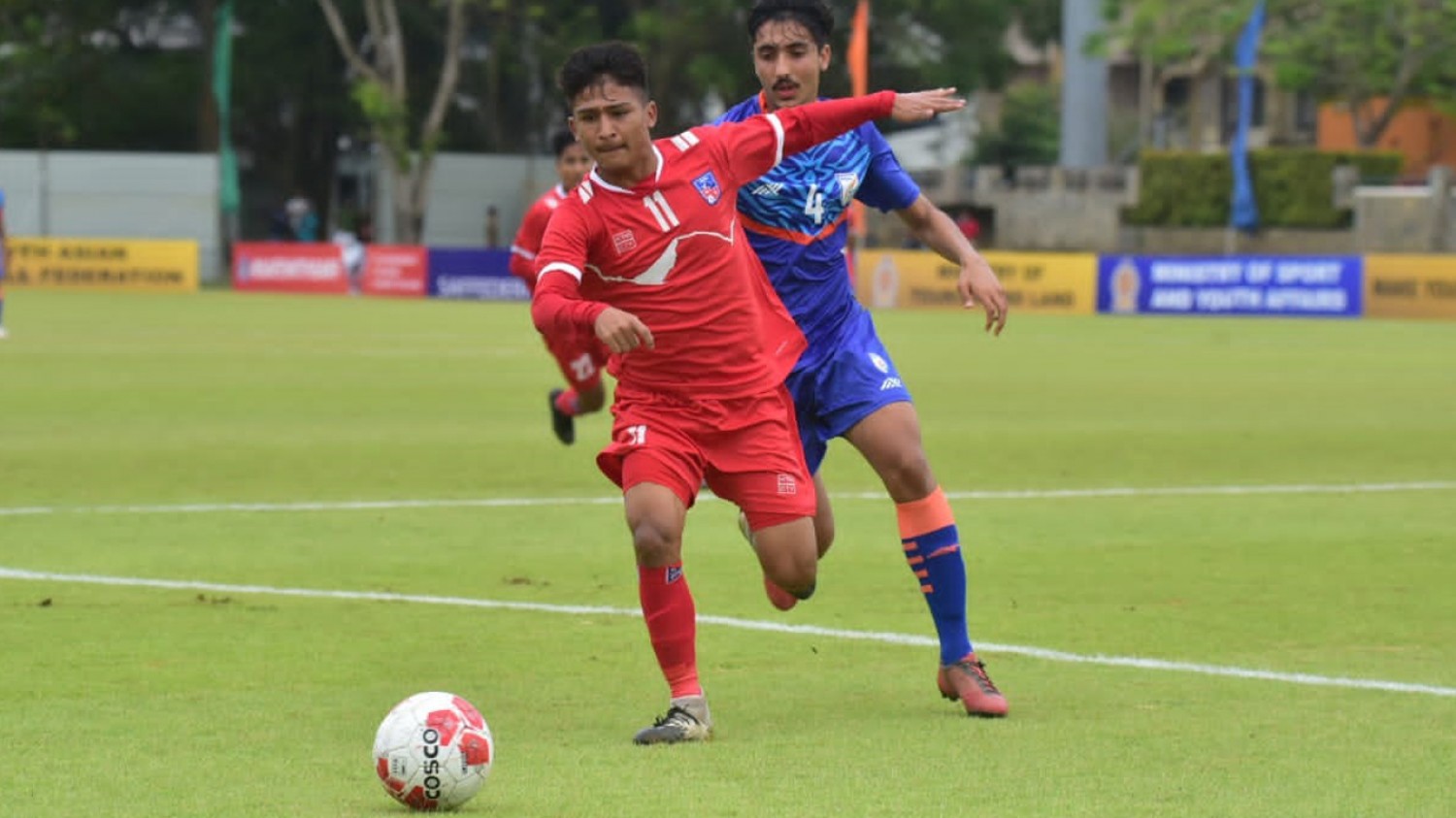 Nepal registered a comfortable 3-1 comeback victory against India in the SAFF U-17 Championship to top their group en route to the semis of the tournament.

India had taken the lead in the 24th minute through Danny Meitei Laishram at Colombo Racecourse. Nepal levelled through Saroj Darlami's spectacular long-range effort in the 45th minute. Darlami controlled a free-kick from Ashwin Ghorasaini and unleashed a powerful shot past the Indian goalkeeper.

It took Nepal just four minutes to take the lead once the game restarted. Unesh Budathoki, also in the scoresheet against Bhutan, found the back of the net from a set-piece after India failed to deal and clear the ball.

Subash Bam made it 3-1 to Nepal in the 68th with a cool and calm finish. Bam dinked the ball over Indian goalkeeper Sahil who had left his line and rushed ahead to clear the ball.

The victory means Nepal will finish top of their group. India also made it to the semis despite the defeat and will face Bangladesh. Two defeats from two matches meant Bhutan have already crashed out of the competition.