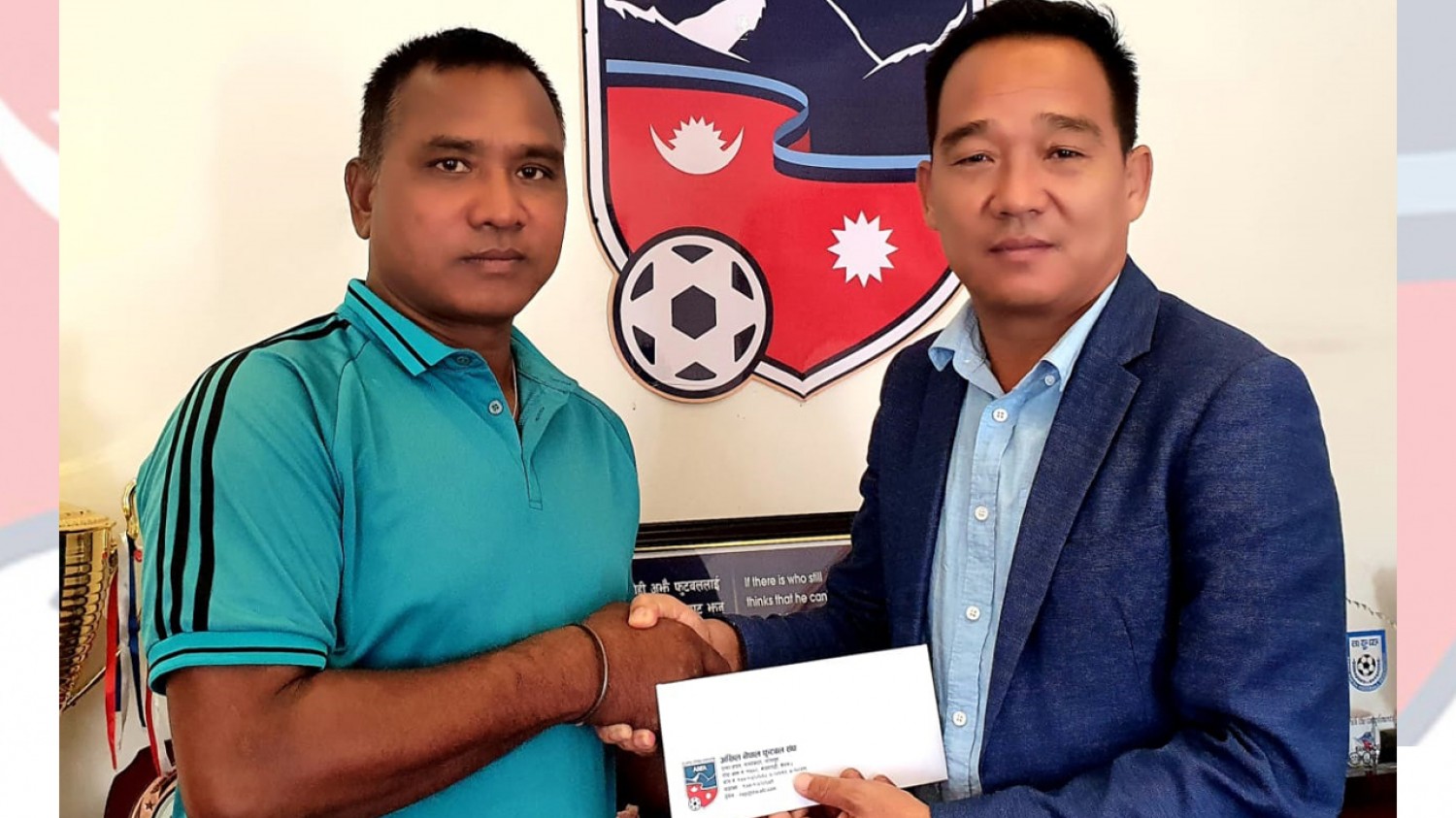 ANFA has appointed Channu Ram Chaudhary as the goalkeeping coach of U-15 national women's team.

Chaudhary was handed over the appointed letter by ANFA General Secretary Kiran Rai on Sunday.

Selection is currently being held at ANFA Complex for the national U-15 women's team for the upcoming SAFF U-15 Women's Championship to be held in Bangladesh from November 1-12.

ANFA has already appointed Bhagawati Rana Magar as the head coach and Mangal Maharjan as the assistant coach of the team.