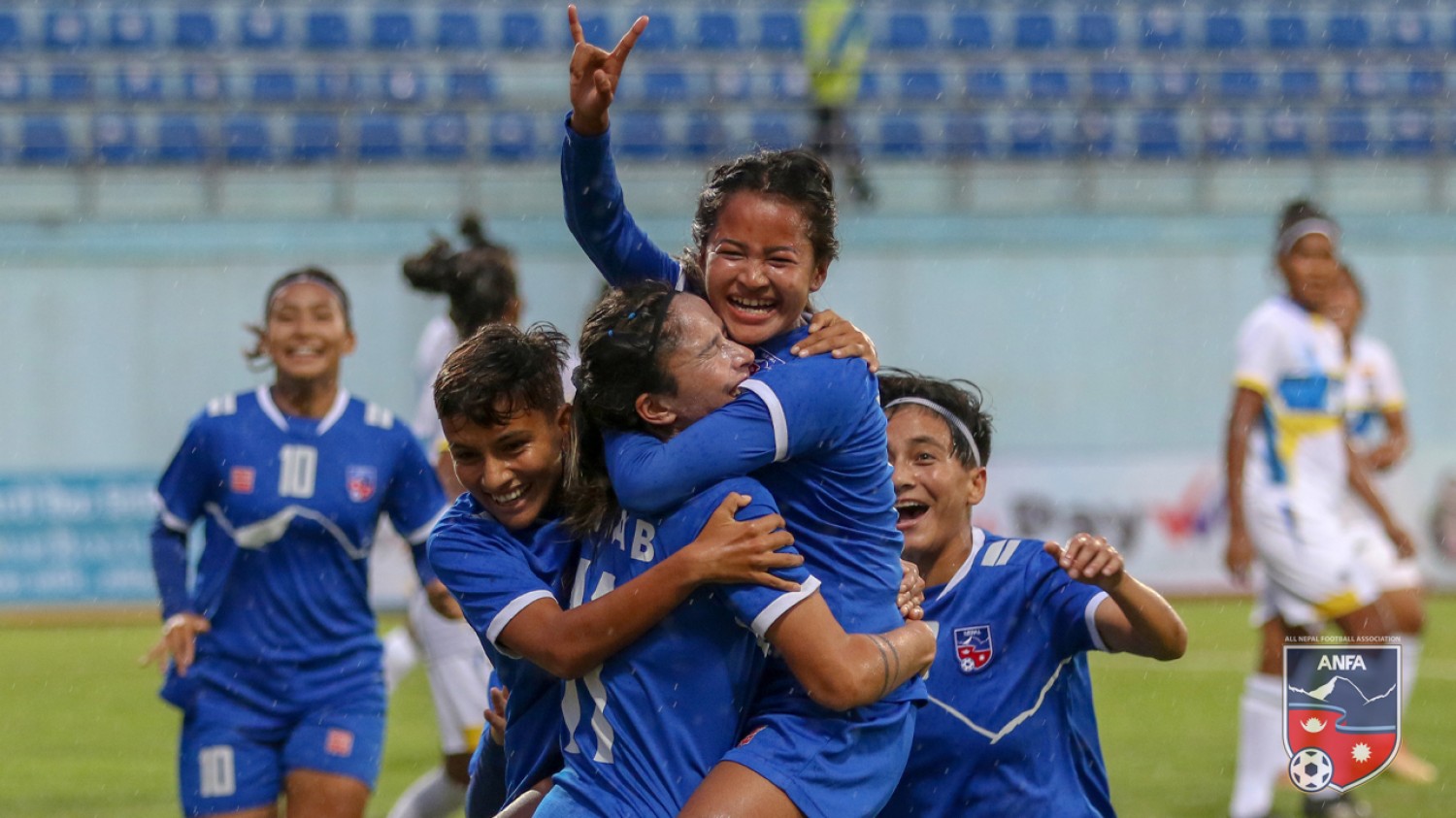 Nepal defeated Sri Lanka 6-0 to reach the semi-final of the SAFF Women's Championship 2022 on Monday.

Sri Lanka's miserable run in the tournament ended in a dismal fashion having lost both their group stage matches conceding 11 goals.

Rashmi Kumari Ghising opened the scoring for Nepal in the ninth minute. Saru Limbu doubled the lead two minutes after Ghising's goal. Amrita Jaishi made it 3-0 in the 17th before Dipa Shahi added a fourth in the added minutes of first half.

Substitute Amisha Karki scored a brace first of which came in the 74th minute and the second in the added minutes of the game to claim the emphatic victory in the final group game.

Nepal's opposition in the semi-final will be decided by India vs Bangladesh match on Tuesday at 5:30. Nepal's semi-final match will be played on September 16 at 5:30 pm.