Nepal set summit clash against India in SAFF U-17 Championship 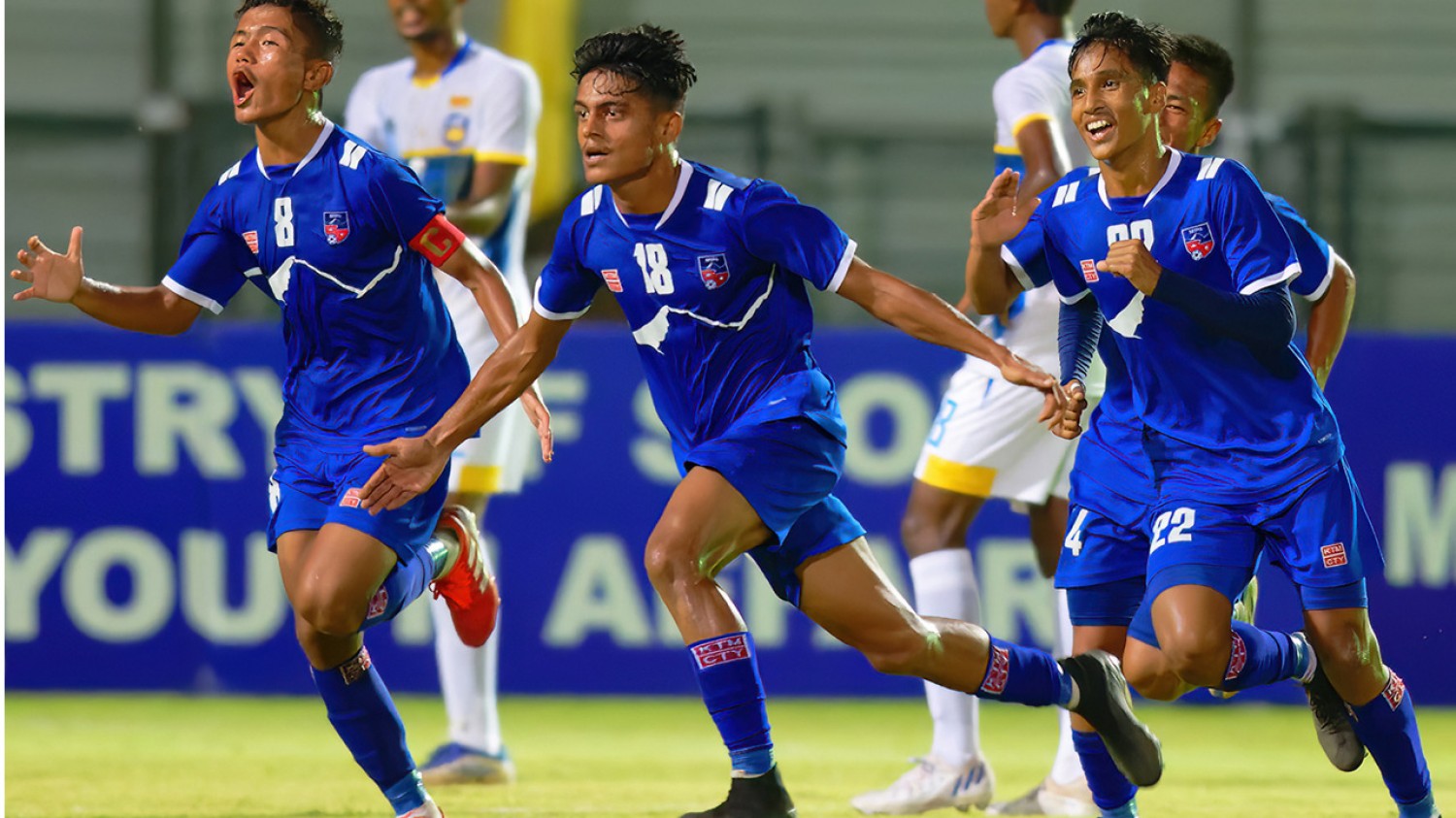 Nepal advanced to the finals of the SAFF U-17 Championship after routing Sri Lanka 6-0 in the semi-final in Colombo on Tuesday.

It was a dominant performance from the Nepali side who now face India in the final. India had defeated Bangladesh 2-1 in the other semi-final match. Nepal had defeated India 3-1 in their group match on Friday.

Skipper Prashant Laksam gave Nepal the lead in the 22nd minute through a penalty which was awarded after Subash Bam was brought down inside the box. Laksam stepped up and finished with a coolly taken penalty.

Harish Raj Bhatta doubled the lead in the 24th minute and Bam made it 3-0 in the 31st. Niraj Karki added the fourth after a defensive error by Sri Lankan defender gave him a clear run towards the goal. Karki beat the rushing goalkeeper and scored in the 38th.

Seven minutes after the restart Unesh Budathoki made it 5-0 after an error by Sri Lankan goalkeeper to hold on the ball.

The final will be played on September 14.