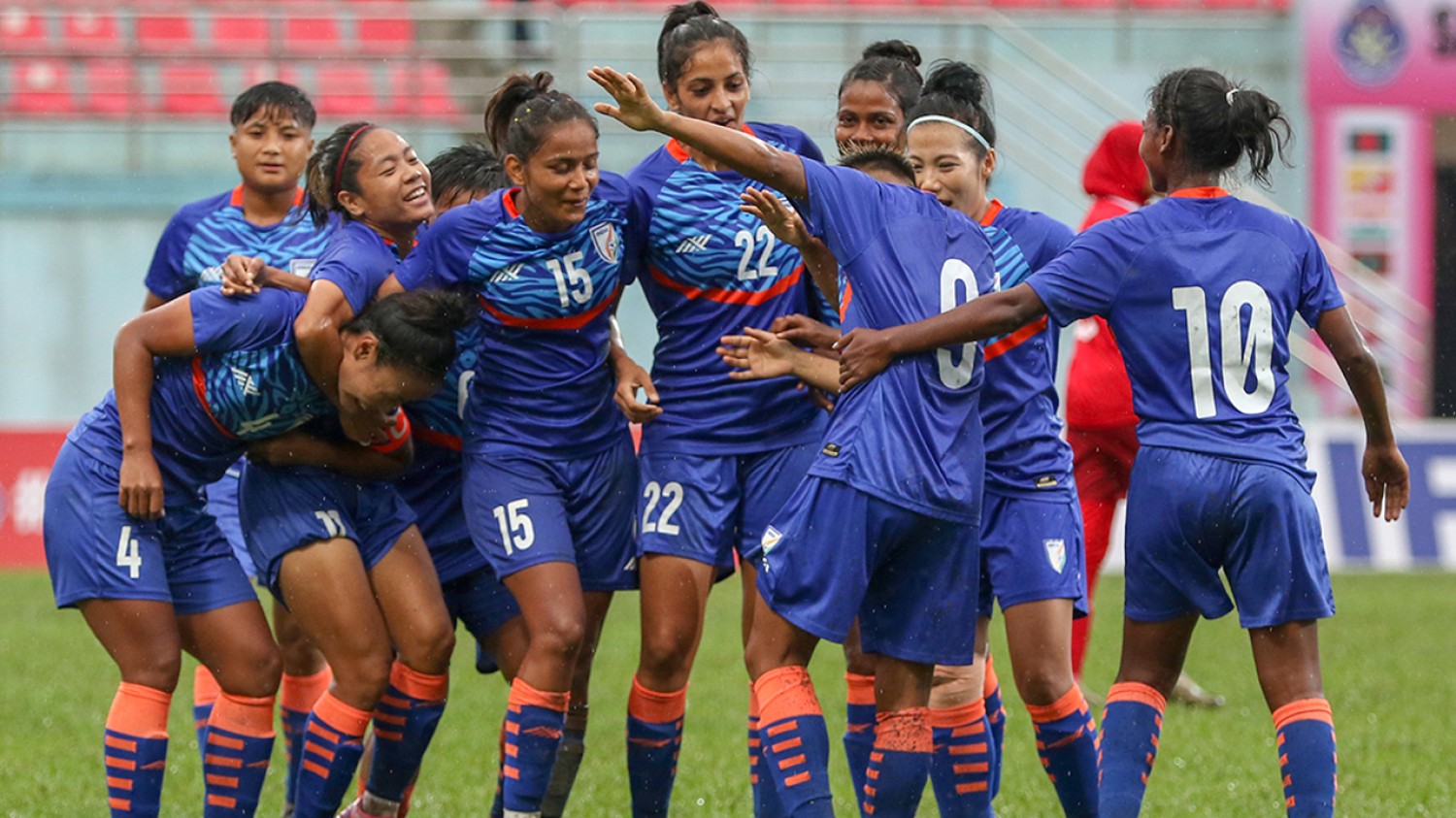 Anju Tamang scored four as India lived up to the favorites tag for the SAFF Women's Championship with a 9-0 thrashing of Maldives on Saturday.

Grace Dangmei also scored a brace for India in the win. India had to wait until the 24th minute to find the opening goal through Tamang which was doubled by Priyangka Devi in the 42nd. Tamang scored her second in the added minutes of the first half.

After a first half lead of 3-0, India completely dominated the match and found the net six times in the second half. The first of the six was scored by Dangmei in the 53rd. Soumya Guguloth added the team's fifth two minutes after Dangmei's first. Dangmei scored her second in the 86th but only after Kashmina's goal in the 84th and Tamang's hat-trick goal in the 85th.

Tamang added her fourth two minutes for time to complete the rout.

The win means India have now progressed to the semi-final of the competition while Maldives join Pakistan to exit from the tournament.

Pointless and goalless Maldives can redeem themselves with another pointless and winless Pakistan when the two sides face on September 13.