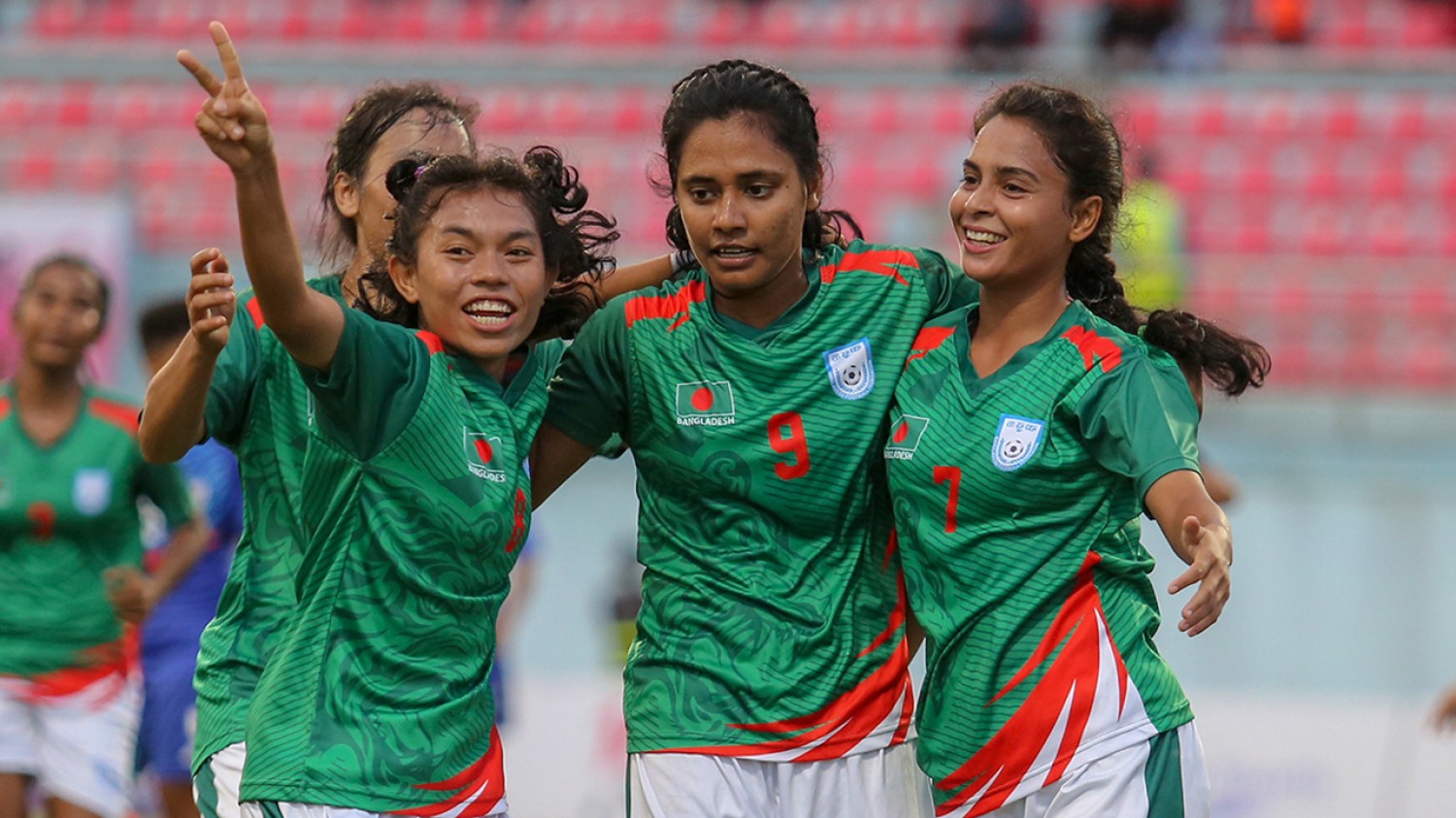 Bangladesh defeated India 3-0 in the final group match of SAFF Women's Championship 2022 and condemned the defending champions to their first ever defeat in the tournament.

Double from Jahan Shopna and another from Krishnarani Sarkar helped Bangladesh finish as Group A winners and confirm semi-final clash with Bangladesh on Friday. India will not play against hosts Nepal, who finished as Group B winners, in the other semi-final.

Shopna opened the scoring in the 12th minute before Sarkar doubled the lead in the 22nd. Shopna ended Indian hopes of a comeback with the team's third in the 53rd minute.

India had few opportunities to them but went to waste.