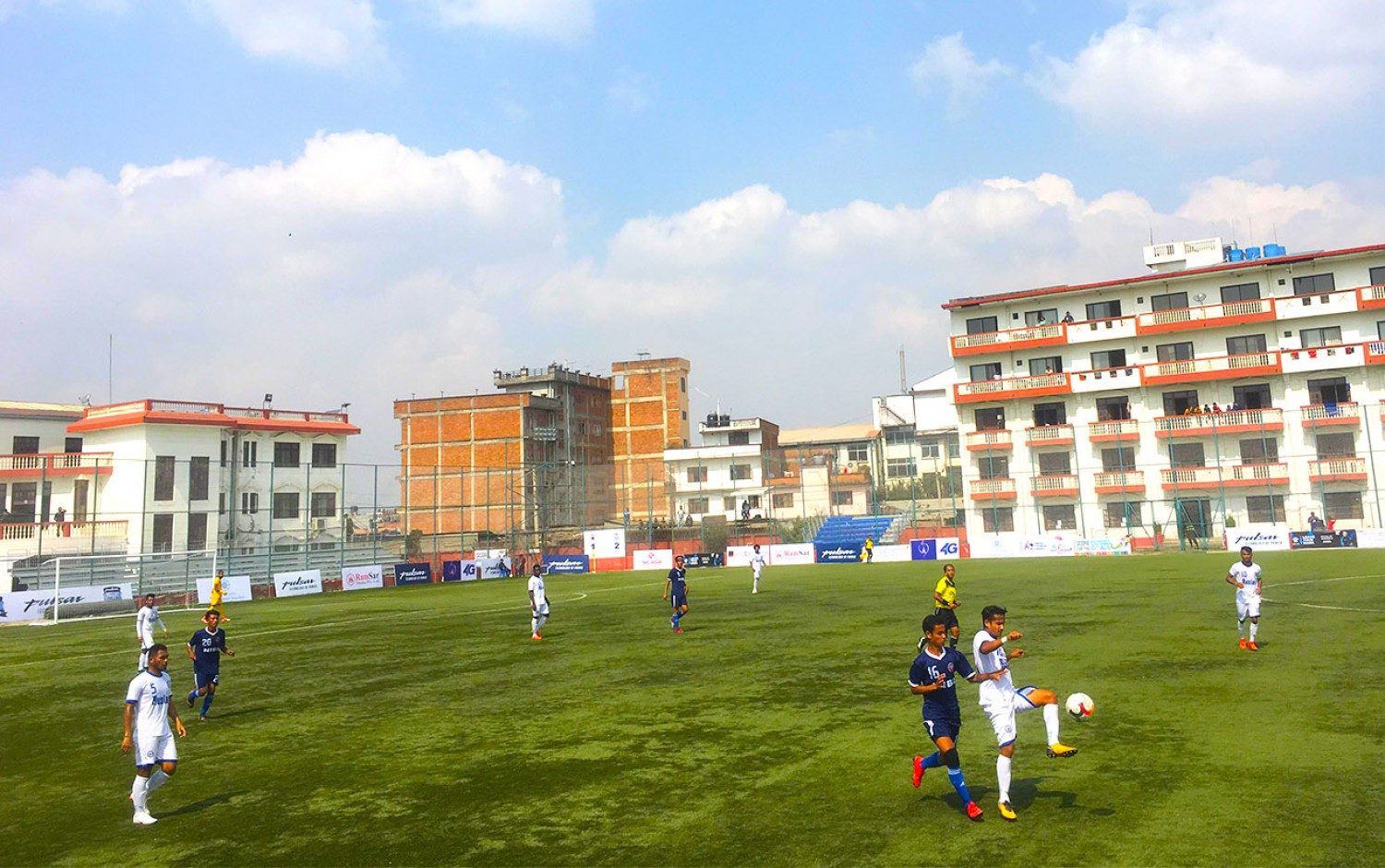 The fourth match of Martyr's Memorial League was between Three Star CLub(TSC) and Friends CLub(FC). Ranjan Bista from TSC scored a wonderful solo goal and helped TSC to take lead at the beginning of the game. Then Buddha Raj Lama from TSC scored another fantastic volley goal and the scoreline became 2-0 on later second half. An additional 10 minutes of time was added and Bikash Lama scored only goal for FC. The final scoreline was TSC 2-1 FC and Buddha Raj Limbu from TSC was awarded with 'Man Of The Match' title for his heroic perfomance throughout the game.