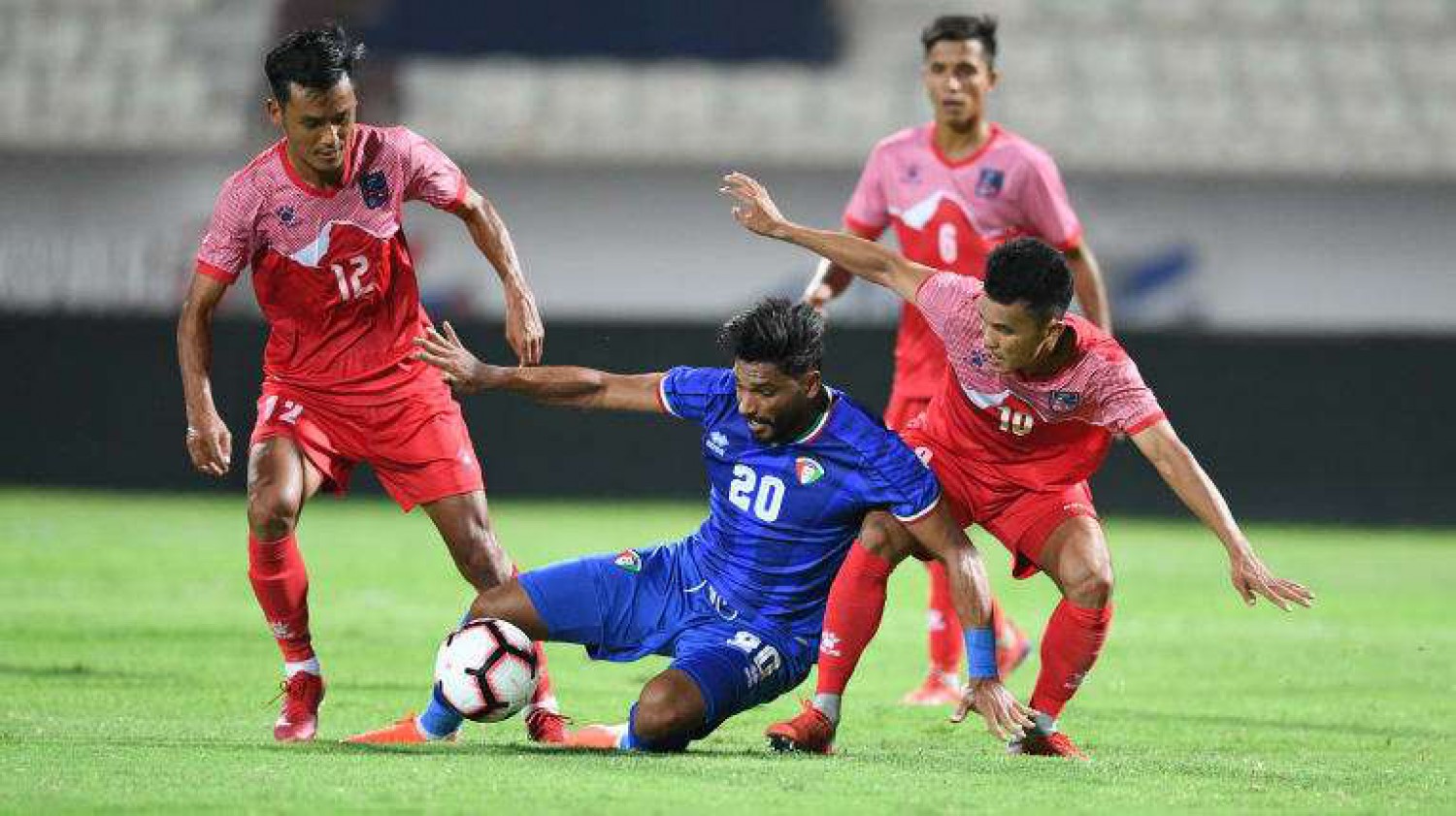 The hosts needed less than six minutes to take the lead. Abdullah Al Mutairi advanced down the right and squared for Yousef Naser who buried the ball into the roof of the net.

Al Mutairi and Naser combined again four minutes after the restart to compound Nepal’s struggles. Again, it was the winger who delivered the cross from the right and Naser guided his free header into the back of the net for his second of the night and his side’s third.

Kuwait’s right wing continued to be their most prominent source of danger and Al Mutairi this time turned from provider to scorer. The number eight latched onto a long pass, outpaced his marker and coolly lobbed the goalkeeper, adding a fourth Kuwaiti goal just before the hour mark.

The home side piled the pressure and veteran Bader Al Mutawa added his name to the scoresheet. The Kuwait captain pounced on a loose ball after the Nepali defence failed to clear a free-kick and placed it into the bottom corner for Kuwait’s fifth in the 68th minute.

Nepal came agonisingly close to getting a consolation goal in added time when substitute Abhishek Rijal caught the Kuwaiti defence napping and struck from close range, but his effort grazed the outside of the post.

Instead it was a substitute from the other side, Redha Abujabarah, who found the back of the net. The number 14 received Al Mutawa’s pass down the right and went on a solo run before firing from a narrow angle.

Fellow substitute Hussain Al Mosawi rounded off the scoring seconds before the final whistle, tapping in Abujabarah’s cross to make it 7-0 at the death.

The victory puts Kuwait at the top of Group B, ahead of Jordan who had earlier beaten Chinese Taipei 2-1. The Blues host Australia on Tuesday, while Nepal travel to Taipei in pursuit of a first win on Matchday Two.