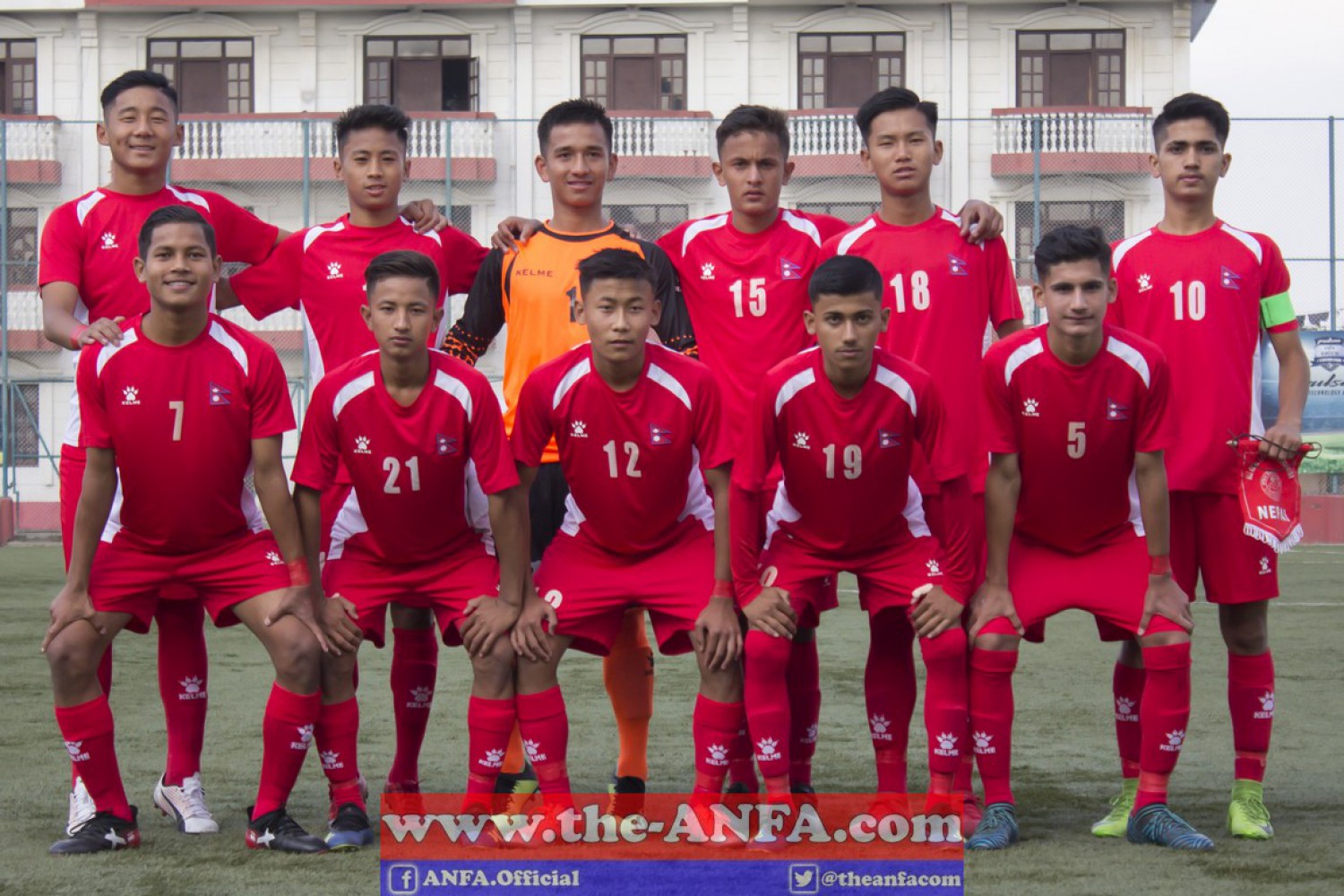 October 25, 2018 – Nepal thrashed Maldives 4-0 while Pakistan defeated India 2-1 in the opening day of the SAFF U-15 Championship 2018 held today at the ANFA Complex. JAAN LIMBU, NAMAS THAPA MAGAR, SASHANK BOHORA and DIPESH RAI scored a goal each in Nepal’s victory over Maldives. Jaan Limbu helped Nepal take a lead first in the 28th minute through spot kick. Nepal was awarded the chance after Maldives defender NABUHAN MOHAMED fouled Rakesh Bishowkarma inside the box. Namas Thapa Magar then doubled the lead in the 38th minute. Confident young Nepal team grew dominant in the second half as they added two more goals against the Islanders. Sashank Bohora (63’) and Dipesh Rai (70’) netted each in after the interval as they also add their names in the score sheets. ADNAN JUSTIN and WASIF scored in each half to give Pakistan a deserving win over arch rivals India in the first match of the day. Justin finished off well with 30 minutes in the clock, while THLACHEU VANLALRUATFELA pulled one back for India in the 53rd minute of the match. Wasif then secured the victory for Pakistan in the 85th minute when he fired past Indian goalkeeper IRENGAM SANTOSH SINGH from a narrow angle. MUDASSAR NAZAR turned provider for the super sub Wasif, who entered the field in the 84th minute replacing MOHIN AHMED. Commenting about the match, Nepal Head Coach Sanoj Shrestha said, “Wining is always the priority but we need to keep improving better performances in the next matches.” Likewise Maldives coach said he was satisfied with the performance of his team. “As this is the first international tournament of my boys, I am satisfied with the performance though the result did not favor us.”