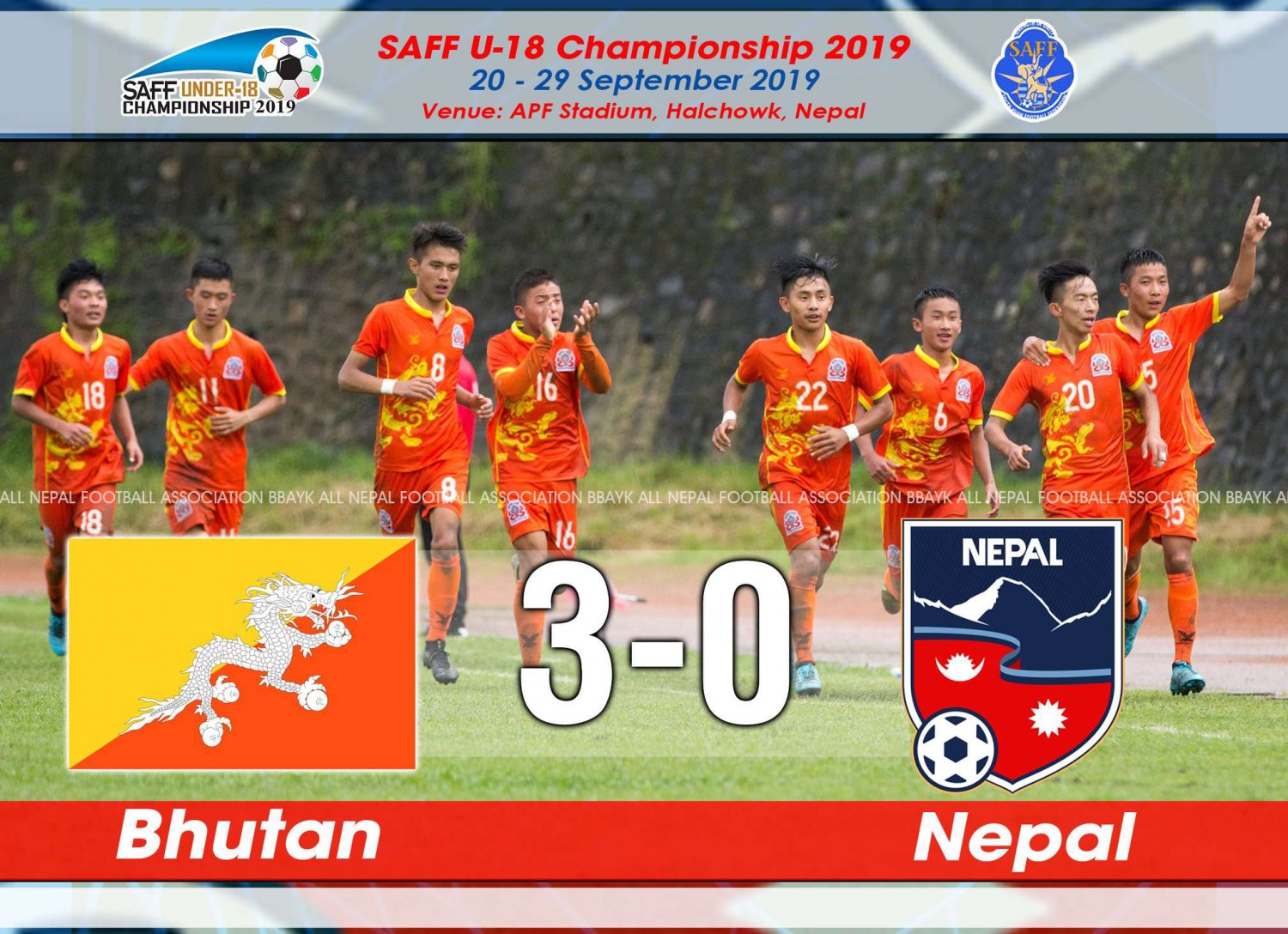 Bhutan with a dominant 3-0 win over hosts Nepal at APF Stadium, Halchowk began their SAFF U18 Championship campaign with a comfortable win.

Yeshi Dorji, Kelzan Jigmi and Karma Sonam scored a goal each in the win for Bhutan.

Nepal struggled all of the time to influence proceedings against visitors.

Yeshi in the 37th minute stole the show for Bhutan scoring with a close range shot that crept inside from Nepal goalie Bishal Sunar.

Karma Sonam sealed the points for Bhutan scoring in the 90th minute.

The win for Bhutan mean, they enter semifinals of the championship while Nepal waits the result between Bhutan and Maldives.

Four minutes before, Kelzan had doubled their tally through penalty.