Bhutan face Bangladesh while India play Maldives in the semifinals 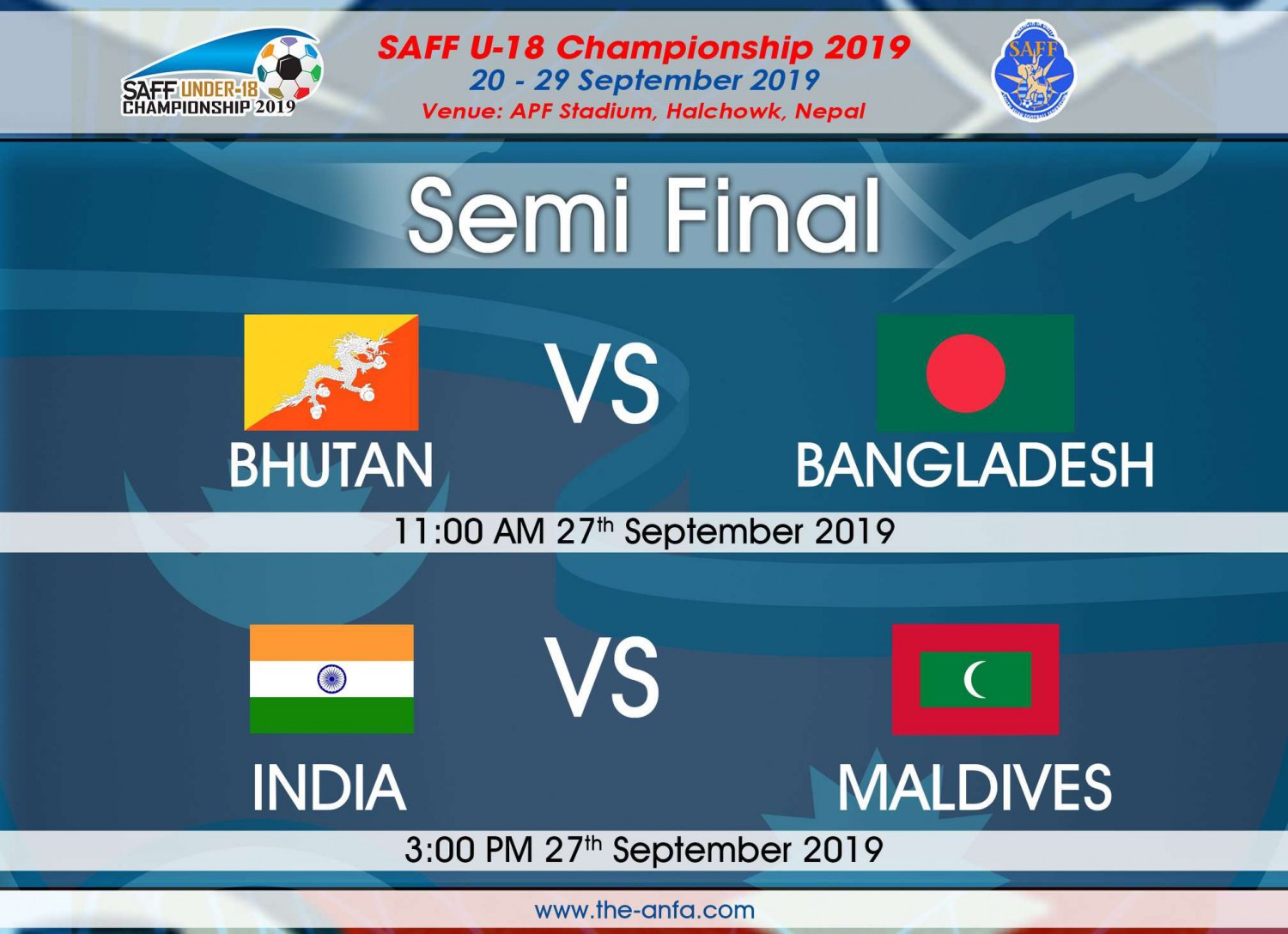 Bhutan face Bangladesh while India play Maldives in the semifinals of the ongoing SAFF U18 Championship 2019 that is being held at APF Stadium, Halchowk.

The Bhutan U18 team became the first team to reach the semifinals of the SAFF tournament. Bhutan defeated defending champions Nepal 3-0 and played goalless draw against Maldives in their group matches to top the group with four points.

Likewise, India emerged into the semifinals as Group ‘B’ leader as per the draw lot rule.

India after defeating Sri Lanka 3-0 in their last match today collected four points in total to tie with Bangladesh - who had defeated Sri Lanka 3-0 and played goalless draw with India.

The semifinals are set on 27 September.