Bangladesh, India to clash for title 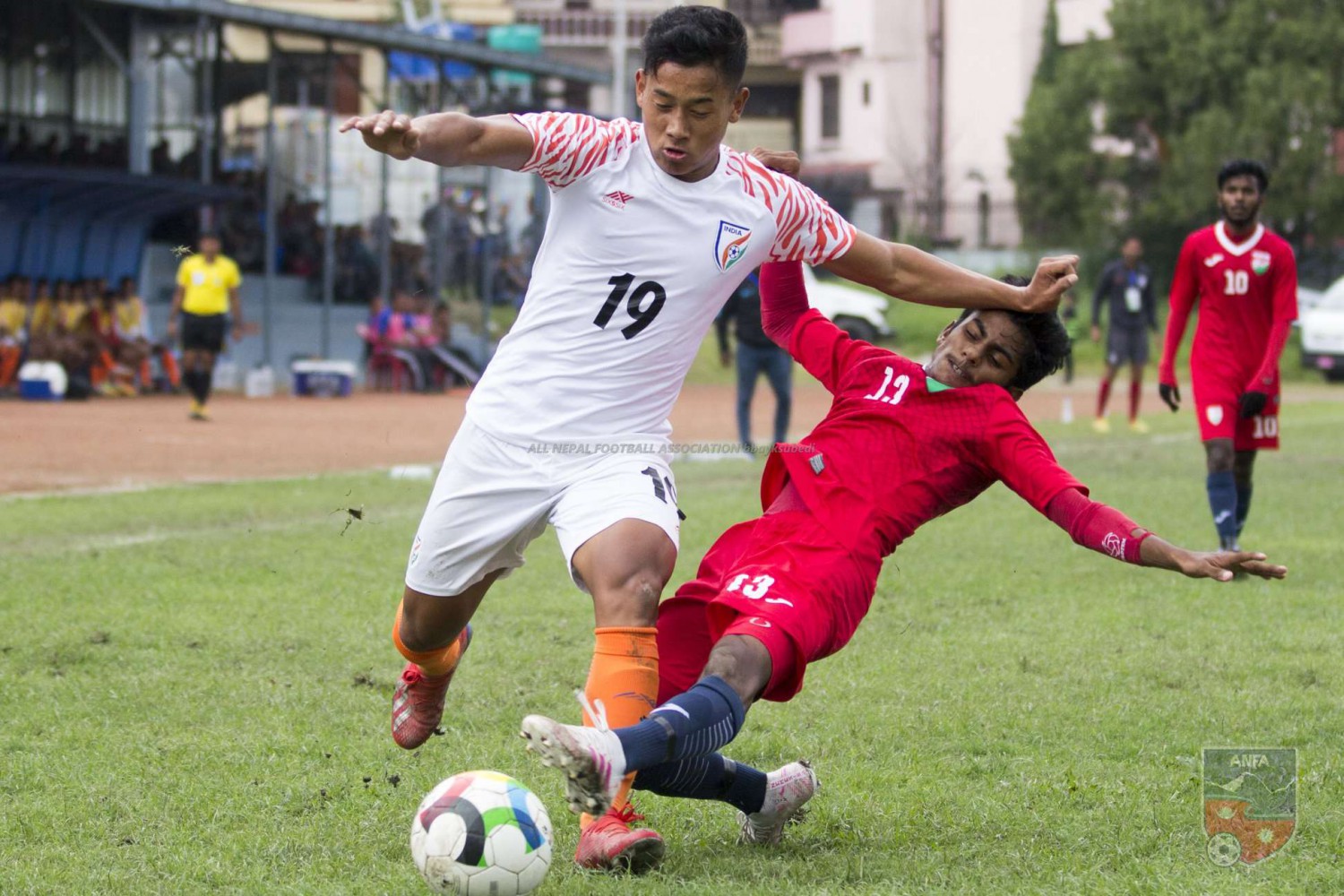 Bangladesh and India will play in the final of the SAFF U-18 Championship 2019 final on Sunday after winning their respective semi-final ties 4-0 at the APF Stadium in Kathmandu on Friday.

Bangladesh defeated Bhutan 4-0 while India saw off Maldives with the same scoreline to set up a repeat of their Group B clash which ended 0-0.

Bhutan will face Maldives in the third-place playoff on Sunday.

Bangladesh took the lead through Mohammad Tanbir Hossain in the 16th minute.

They furthered their advantage with goals from Mohammad Foysal Ahmed Fahim in the 27th minute and Mohammad Maraz Hossain five minutes later. Dipok Roy completed the win in the 87th minute.

India were also quick in finding their opening goal with Narender Gahlot rising high to nod home a corner in the seventh minute.

The lead was doubled a minute into first half stoppage time as Muhammed Rafi's header saw the ball hit the ground, only for his shin to push the ball into the net.

India were content to protect their lead in the second half, allowing Maldives to come at them but were not really troubled.

They scored their third when Manvir Singh capitalised on a mistake by the Maldives goalkeeper in the 79th minute and Ninthoi volleyed home from outside the box two minutes later to complete an emphatic win.